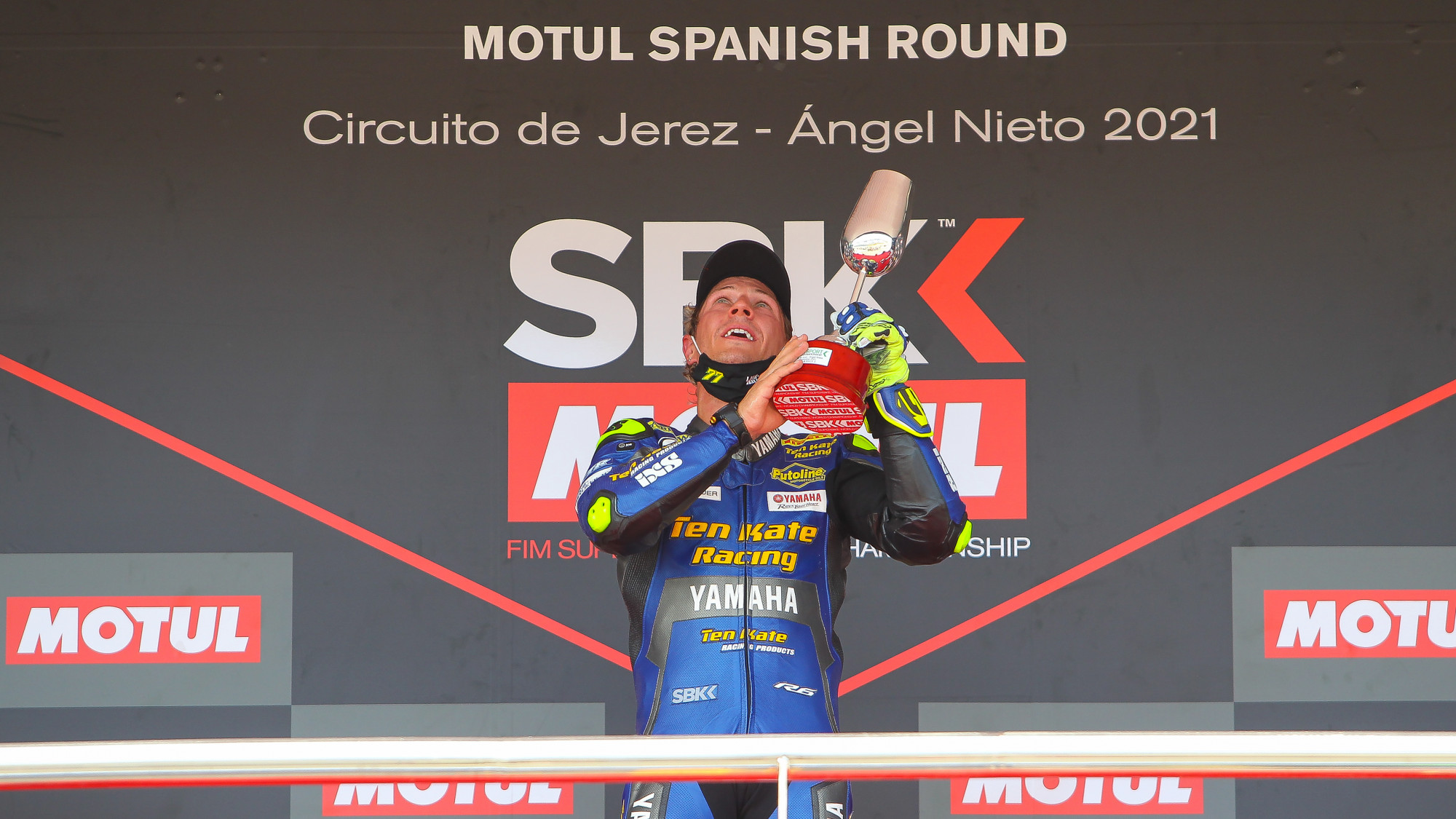 10 wins for the World Supersport rookie, Dominique Aegerter could clinch the WorldSSP crown at Portimao next time out if results go his way…

The 2021 FIM Supersport World Championship has seen history made throughout as the records tumble, with Dominique Aegerter (Ten Kate Racing Yamaha) able to come into the class and set record after record and break history. The Swiss rider becomes one of a select few riders to win 10 races in a World Supersport season, joining the likes of reigning World Supersport Champion Andrea Locatelli and Kenan Sofuoglu.

Aegerter’s tenth win couldn’t have been any better, leading from start to finish and seeing his gap between the lead and the chasing pack extend rapidly over the course of the 17-lap race. Up to over 10 seconds at one point, Aegerter knocked it off on the final lap to take a tenth win of the season with a marvelous stand-up wheelie, giving Ten Kate Racing an 83rd win in World Supersport, as they look at taking their first World Supersport Championship since 2010.

Speaking after the race, Aegerter was emotional following the passing of Dean Berta Viñales a day earlier: “I want to dedicate this win to Dean and his family and friends, who passed away yesterday. They give us the power to do what we love and that’s to ride our bikes and race, and this is what we did today. My race was very good; I could start from second position and get the holeshot. I already saw that I had a gap of 0.3s in the first lap, so I tried to focus and push to get the gap bigger. It was nice to ride even though it was very hot; Ten Kate Racing and Yamaha did a good job to make a small change before the race and to have a little bit better grip for these conditions.”

Elsewhere in the race, Aegerter’s main Championship rival Steven Odendaal (Evan Bros. WorldSSP Yamaha Team) had a nightmare, with the South African not able to maintain the pace for the podium. Odendaal made a mistake earlier on in the race and dropped to ninth, before having to battle his way back through to eighth place, seeing the gap between him and Aegerter extend to 62 points.

Continuing to comment on one of the most emphatic wins of the season, Aegerter said: “It feels great that we achieve ten wins this season, I don’t think anybody expected that we can win so many races! At the start of the season, we were like new, and I had to learn about the team, and they had to learn how I work and a little bit about the bike. They worked very hard, and we managed and trusted each other a lot; the mentality of the Dutch people is great, and it matches with me! The step that the team brings every weekend is very big; now you can see that when everything is working well, we can get away from the group and win the race by many seconds. For sure, the last few races won’t be easy, but I’ll try my best.”

With a 62-point advantage, the soon-to-be 31-year-old Swiss can now win the Championship after Race 2 at Portimao if he leaves Portugal with 100-point advantage. Alternatively, if title rival Odendaal was to win the remaining six races of the season, then Aegerter could afford to finish third in each of those races and still be crowned Champion. Aegerter holds a commanding position, as he looks like becoming the third rookie in four seasons to clinch the World Supersport Championship crown.

Can Aegerter take the title? Find out for 9.99€ and enjoy the rest of the season with the WorldSBK VideoPass! 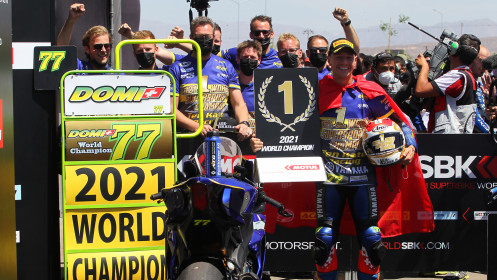 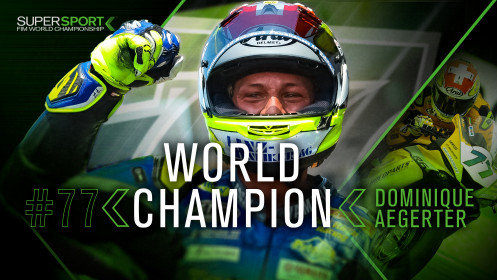