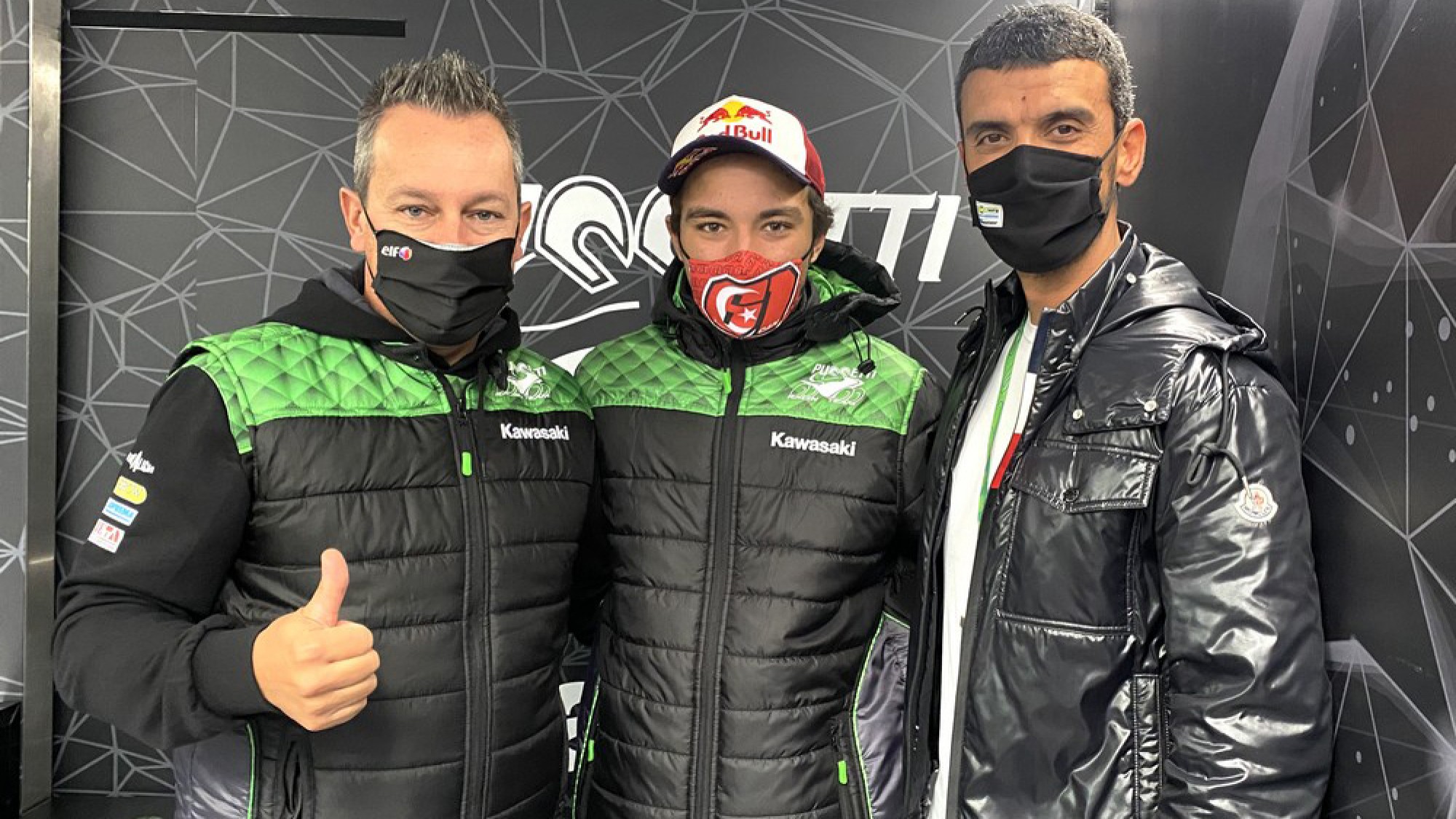 The youngest ever winner of a World Championship race will continue in the FIM Supersport World Championship in 2021 as Can Öncü (Turkish Racing Team) will compete for Kawasaki Puccetti Racing in 2021 alongside Philipp Oettl, who competed for the team in 2020 with the German securing three podiums in his debut campaign.

17-year-old Öncü made his debut in WorldSSP in 2020 and has secured a best result of sixth so far, showing his wet weather prowess across two wet Magny-Cours races as he secured sixth place in Race 1 and seventh in Race 2. Öncü won the Red Bull Rookies Cup in 2018 before making a full-time switch to Moto3™ for 2019, where he became both the first Turkish rider and the youngest ever rider to win a World Championship race.

He moved into WorldSSP for 2020 where his strong performances were not always rewarded with the results, before claiming two top seven finishes at Magny-Cours. He moves into the seat vacated by Lucas Mahias, who will step up to WorldSBK competition full-time with the same team, allowing Öncü to join the outfit in WorldSSP.

Discussing the move, Can Öncü said: “I’m really happy to join the Puccetti family in World Supersport. I can’t wait to test my new bike and start working with my new team, and I’ll be aiming for the best possible results, hopefully putting the experience I’ve gained this year to good use. I want to thank Kenan Sofuoglu, Manuel Puccetti and the Turkish Motorcycle Federation for allowing me to achieve what is a real dream for me.”

Öncü will compete alongside German rider Oettl in 2021 with the German moving into his second season in WorldSSP with Kawasaki Puccetti Racing. Oettl made his debut in the 2020 season and has shown remarkable consistency; only finishing outside the top eight twice in the 11 races he has finished, with the German not finishing the season-opening race at Phillip Island. It means Oettl is in a position to challenge Jules Cluzel (GMT94 Yamaha) for third in the Championship.

The 24-year-old said: “Of course I am very happy to continue with Manuel and the Kawasaki Puccetti Racing team. They are very professional, and Kawasaki is behind our project. We are all looking forward to next year and I am hoping that we can achieve even better results. That is our target, or rather to run at the front of the WorldSSP Championship in 2021. For sure it won’t be easy, but I think we have a competitive package.”

Team Principal Manuel Puccetti said: “I am very pleased to be able to retain Phillip Oettl, who has been with us since moving from Moto2. The results he has scored in his debut year have been very positive and we hope he can finish third overall. A position that we plan to improve on next year. As for Öncü, I believe in his potential and we’ll try to give him everything he needs to fully express this. The aim is to achieve the kind of results that we have previously achieved with Sofuoglu and Razgatlioglu.”

You can follow all the action from the Estoril Round with the WorldSBK VideoPass!