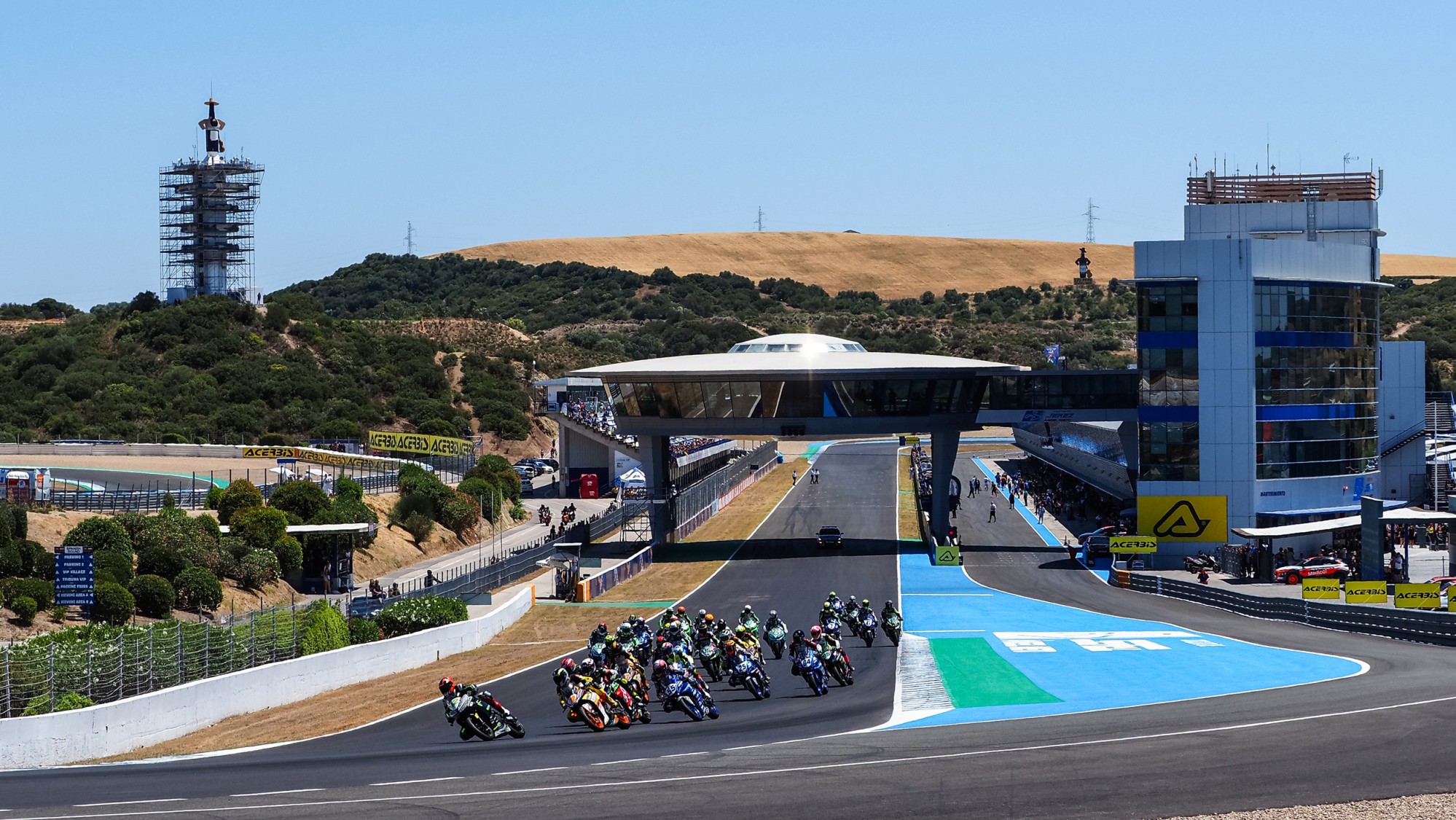 The new Championship season is set to launch into life at the famed Spanish venue, with rookies, stalwarts and underdogs all going for glory

The 2020 FIM Supersport 300 World Championship is ready to fire up for a new season, eagerly anticipated with plenty of heated action to come. The quick-fire season kicks off this weekend at the Circuito de Jerez – Angel Nieto in the extreme heat of southern Spain, where fitness, reliability, race craft and endurance will all be tested. With two races to scrap it out over, the WorldSSP300 field is as unpredictable as ever.

With reigning Champion Manuel Gonzalez moving on to WorldSSP, all eyes are on 2018 Champion Ana Carrasco (Kawasaki Provec WorldSSP300), who returns to reclaim her crown once again. The five-time race winner picked up her first podiums of 2019 at Jerez last year, with two third places secured in style, and hopes to start her season in fine form. Another favourite is Dutchman Scott Deroue (MTM Racing Team), who won the last race of 2019 at Losail; a best result at Jerez of second – achieved in 2017 and 2019’s Race 1 – means the he aims to go one better in 2020, whilst teammate Koen Meuffels is eager to continue on from second place in Qatar at the end of 2019.

Frequent top ten finisher at Jerez last year, Jan-Ole Jahnig (Freudenberg KTM Junior Team) also hopes for a strong Jerez season-opener, along with teammate Oliver König. Mika Perez (PRODINA IRCOS Team) has a good history at Jerez, with it being his best finish of the whole of last year. The 2018 runner-up will be eager to recapture the form of that season, whilst Nick Kalinin (RT Motorsport by SKM – Kawasaki) also searches for a strong start to the new season. The Ukrainian was on the rostrum last year at Donington Park and despite yet to crack the top ten at Jerez, has been testing extensively ahead of the new year and has set his sights on a solid start to the year.

Other names certain to feature include Bruno Ieraci (Kawasaki GP Project), his returning teammate Alfonso Coppola, Hugo De Cancellis (Team TRASIMENO), Livio Loi (2R Racing) and another returnee in Glenn van Straalen (EAB Ten Kate Racing). All riders have good experience of Jerez, with Livio Loi’s Moto3™ experience sure to come in handy, whilst De Cancellis achieved two top-eight finishes at the circuit last year. There’re also the likes of Britain’s Tom Booth-Amos to keep an eye on, as he makes his debut in the class. 2019 race winner Kevin Sabatucci (Kawasaki GP Project) is back for more too, as is Jeffrey Buis (MTM Racing Team), who took his first top ten at Jerez last year.

Since its inception in 2017, many a rider has gone on to achieve great things and make history in motorcycle racing; the Championship showcased the youngest ever FIM Solo Road Racing World Champion last year in Manuel Gonzalez at just 17, whilst the first female FIM Solo Road Racing World Champion came in 2018 with Ana Carrasco. The search is on for the next history-maker in its fourth season, with 13 nationalities from around the world ready to battle across three different manufacturers.

There’re new rules for 2020 too, with the top 30 from Free Practice (not Tissot Superpole as was the case in 2019) will be seeded directly into Tissot Superpole and then the race. Then, the remaining riders will shoot it out in the Last Chance Race which will come directly after the Tissot Superpole session. The top six from the Last Chance Race will join the already-seeded top thirty and then do battle throughout the new two race format, making up for lost rounds. The Circuito de Jerez – Angel Nieto welcomed two races at the track last year, making up for the cancelled Imola race due to weather.

Follow all of the main racing action in WorldSSP300 this season with the WorldSBK VideoPass!