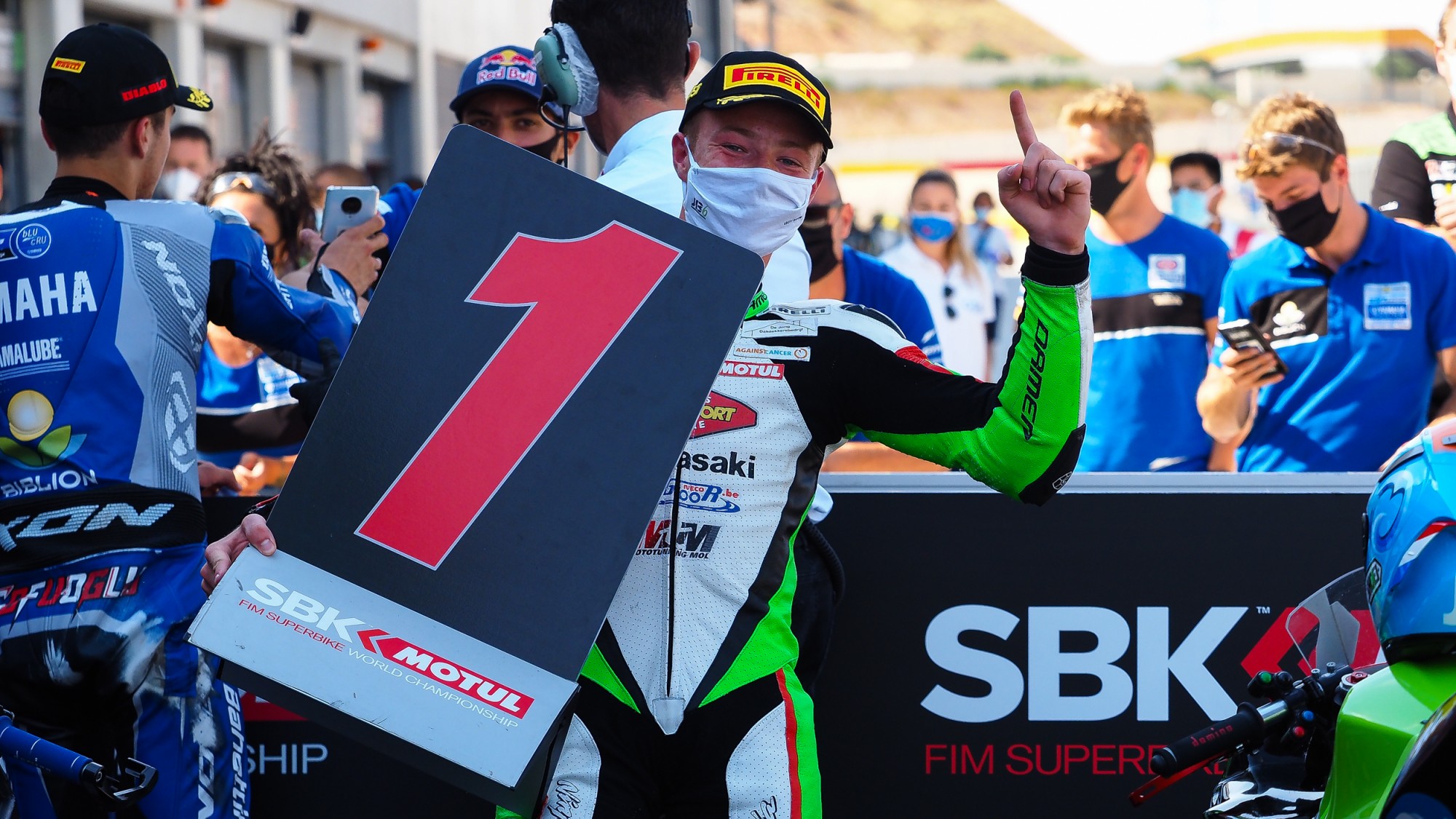 Jeffrey Buis (MTM Kawasaki MOTOPORT) hauled himself up the FIM Supersport 300 World Championship standings with two Prosecco DOC Aragon Round victories at MotorLand Aragon and the Dutchman followed this up with two more podiums at the Pirelli Teruel Round, including Race 2 victory.

Two of Buis’ three victories came when he was able to pull a gap to the field, with his Race 1 victory at the Aragon Round going straight to second in the list of biggest winning margins as he won by 6.870s. It was a similar story for Race 2 at the Teruel Round where he won by 5.114s, the third largest margin of victory in WorldSSP300 history.

Second place in Race 1 for the Teruel Round, following the disqualification for Victor Rodriguez Nuñez (2R Racing), means Buis has now collected 95 points from a possible 100 across the last four races and leads the Championship ahead of teammate Scott Deroue (MTM Kawasaki MOTOPORT) by 12 points.

Speaking directly after his commanding victory after Race 2 at the Teruel Round, Buis said: “I’m very happy with this result. It’s good for the Championship. The first lap was good. I had a little gap and every lap I could make the gap bigger. I set my own pace and that was important for the race. Winning is always the target, the Championship also, but we need to see in a few races because Barcelona is new for me and I need to learn it in free practice.”

Buis added, when discussing the Teruel Round but before Rodriguez Nuñez’s disqualification was announced: “It was another great weekend! The third fastest time in Superpole was an important moment to have a good starting position for the races. In the first race I had two big moments, which meant that I had to come back 12th position. I was happy with my third place. In the second race I managed to break away from the group and score my third win of the season.”

You can follow the action from WorldSSP300 using the WorldSBK VideoPass!