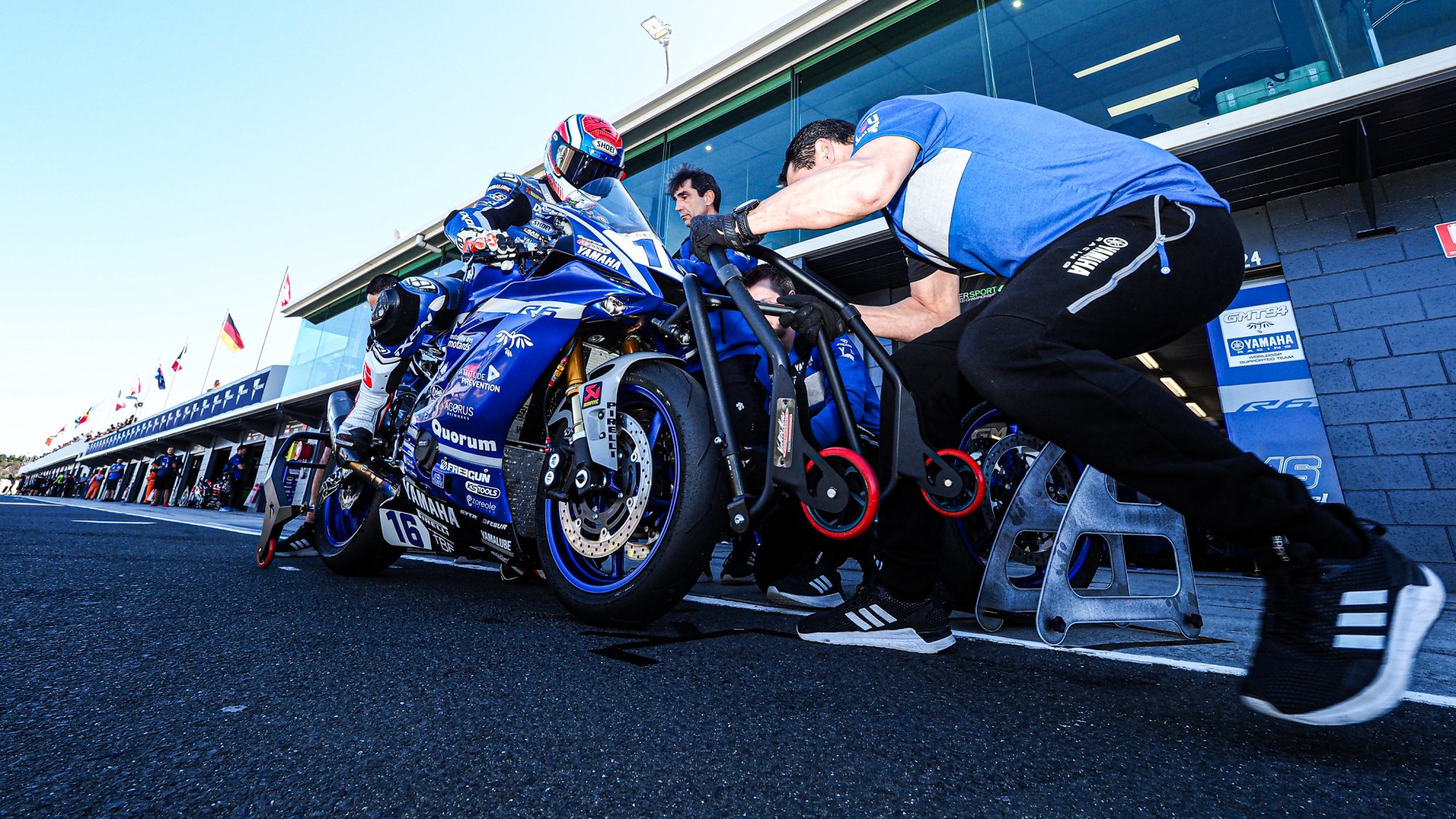 Refreshed line-ups, new rules and track time for rookies: there’s action from all directions as WorldSSP heads for one final role of the testing dice…

Changes headline the 2020 FIM Supersport World Championship, meaning that testing is of high importance. The last pre-season test before 2020 launches comes on the 24th and 25th of February, giving the new team linSe-ups one last chance to get to grips with their 2020 motorcycles. Slick tyres that will be introduced for the first time in World Supersport history, providing an extra challenge. Taking place at Phillip Island just days before the opening round, it’s a crucial pre-season test.

2019 WorldSSP Champion Randy Krummenacher (MV Agusta Reparto Corse) moves manufacturers in 2020, switching from Yamaha to the MV Agusta. The iconic Italian brand is in its 75th season of motorcycle production and is eager to recapture a World Championship. The Swiss enjoyed his pre-season testing schedule, which ended at Jerez, where he was first. He’s joined at the team in 2020 by Raffaele De Rosa and Federico Fuligni, both of whom impressed during the pre-season.

Replacing ‘Krummi’ is Italian Andrea Locatelli (BARDAHL Evan Bros. WorldSSP Team); he was quick at the Portimao test and enjoyed more dry weather running than most, with him and the BARDAHL squad taking to Almeria instead of Jerez in January. Back to one bike in 2020, the team is focusing on retaining the crown, with their title defence starting in testing and at a track Locatelli already knows.

The GMT94 Yamaha team topped the Portimao testing timesheets with Jules Cluzel in January, with the French outfit heading to Phillip Island as the team in form. Cluzel is in his eighth season of WorldSSP action and despite being runner-up three times, the title still eludes him. Joined once again by fellow countryman and good friend Corentin Perolari, it is a strong line-up for the all-French team. Perolari himself aims to be in the mix from the off, having performed well at the end of 2019.

The second half of 2019 saw Lucas Mahias (Kawasaki Puccetti Racing) out-score every other rider, with the 2017 WorldSSP Champion perfecting the Kawasaki ZX-6R. Ahead of 2020, Mahias needs as much testing as possible after a finger injury sustained in Valencia in the MotoE™ World Cup. Joining Mahias is former Moto3™ GP winner Philipp Oettl (Kawasaki Puccetti Racing), who joins WorldSSP from Moto2™. Both are aiming high in 2020 and aim to improve further at the Phillip Island Test.

Three podiums in the last three races make Isaac Vinales (Kallio Racing) a rider to watch in 2020 and he knows the Phillip Island layout inside-out. Perfecting finite details and becoming re-accustomed to slick tyres, Vinales aims to pick-up where he left off. He has a new teammate in 2020, with Estonian star Hannes Soomer handed a huge opportunity to impress in WorldSSP. Soomer will be utilising testing in order to be in top five contention come the opening round.

South Africa’s Steven Odendaal (EAB Ten Kate Racing) has shone in testing and aims to cement Ten Kate Racing’s status as the most successful WorldSSP team of all time. Can Öncü (Turkish Racing Team) moves over to WorldSSP and is Turkey’s flag carrier in the class, whilst Indonesia’s hero Galang Hendra Pratama (bLU cRU Yamaha WorldSSP Team by MS Racing) moves to WorldSSP with Andy Verdoia, as does WorldSSP300 Champion Manuel Gonzalez (Kawasaki ParkinGO Team). The test is crucial for Gonzalez, Verdoia and Hendra Pratama, with it being their debut at the track.

Keep an eye on Belgian Loris Cresson (OXXO Yamaha Team Toth) and his Hungarian teammate Peter Sebestyen during testing; both were in the top ten at Phillip Island last season. Hikari Okubo (Dynavolt Honda) is back with Honda in 2020 and is joined by rookie Patrick Hobelsberger this year.

Enjoy the full season of WorldSSP action live and OnDemand with the WorldSBK VideoPass!