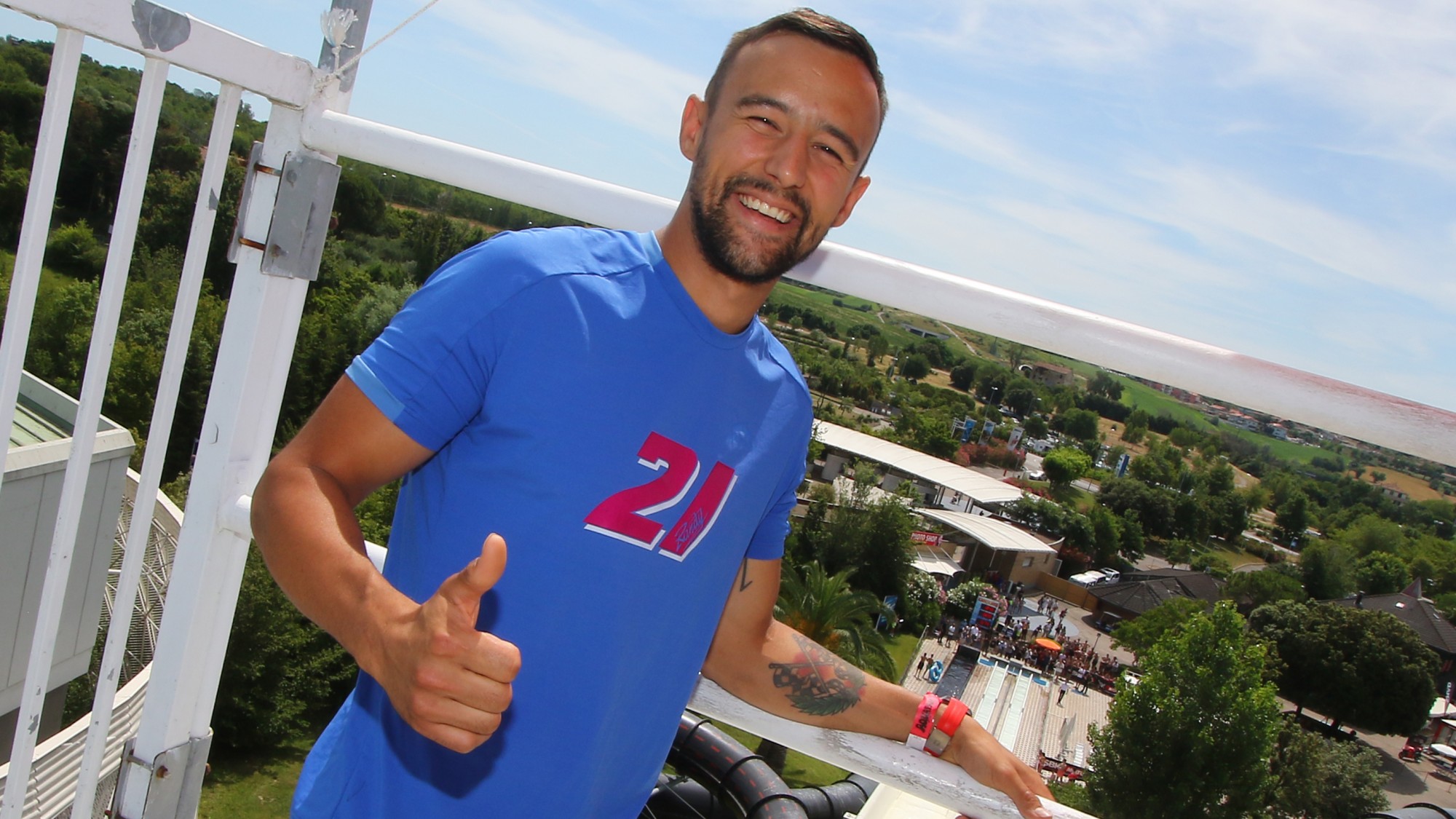 The Swiss rider switches manufacturers for his title defence next season

Randy Krummenacher has officially announced his plans for the 2020 season, just four days after becoming the 2019 WorldSSP Champion. The Swiss rider will remain in the middleweight class but the machine under him will change, as he prepares to make a sensational move to the MV Agusta Reparto Corse squad.

This will be the third manufacturer Krummenacher represents in the series, after making his debut onboard a Kawasaki ZX-6R before then finding tremendous success in his two seasons with the BARDAHL Evan Bros. WorldSSP Team’s Yamaha-supported YZF R6.

Krummenacher will arrive to the Italian squad with the #1 number plate and as one of the big favourites to clinch the 2020 title. After two positive, yet sometimes uneven seasons in the series (2016 and 2018), it all finally clicked for the 29-year-old in 2019. Four wins and three second-place finishes within the opening seven races gave Krummenacher a comfortable lead in the standings over his main rivals, with a final result of fifth enough for him to strike gold in Qatar.

MV Agusta meanwhile has been represented on the WorldSSP podium twice this season, with Raffaele De Rosa taking a second position at MotorLand Aragon (after a fierce battle with Krummenacher himself) and a third at Imola. Their last win came thanks to Roberto Rolfo, back at the 2017 Australian Round.

It will be precisely at Phillip Island where the 2019 WorldSSP Champion makes his official debut onboard the MV Agusta F3 675; the Australian Round is one of Krummenacher’s favourites, having picked up two wins and a runner-up spot in three appearances – both himself and MV Agusta will be eager to continue that trend.

That first race is four months down the line, yet Krummenacher can already hardly wait to get started: “I’m very pleased to be staying in Supersport, a category I really enjoy and that I know can continue to bring me real satisfaction. It will be a great challenge with MV Agusta and, with the professionalism of Andrea Quadranti and his team, I’m sure we’ll be able to do a good job, with the aim of winning the championship again next season. I thank Andrea Quadranti for the opportunity he’s giving me and the faith he’s put in me. Now I can’t wait to test the bike in late November at Jerez.”

Team boss Andrea Quadranti has also shown his excitement at having the World Champion: “I’m pleased to welcome the rider to our team, a compatriot and a person I really respect. I’ve followed Randy with interest for years, and finally we had the right opportunity to embark on a journey together. The 2019 season has only just concluded but we are already working to improve our technical package and give Krummenacher the chance to compete at the top with the best riders next year. Later in November we’ll carry out initial tests at Jerez.”

Watch the best moments of Krummenacher’s title-winning season, and get ready for 2020 thanks to WorldSBK VideoPass!