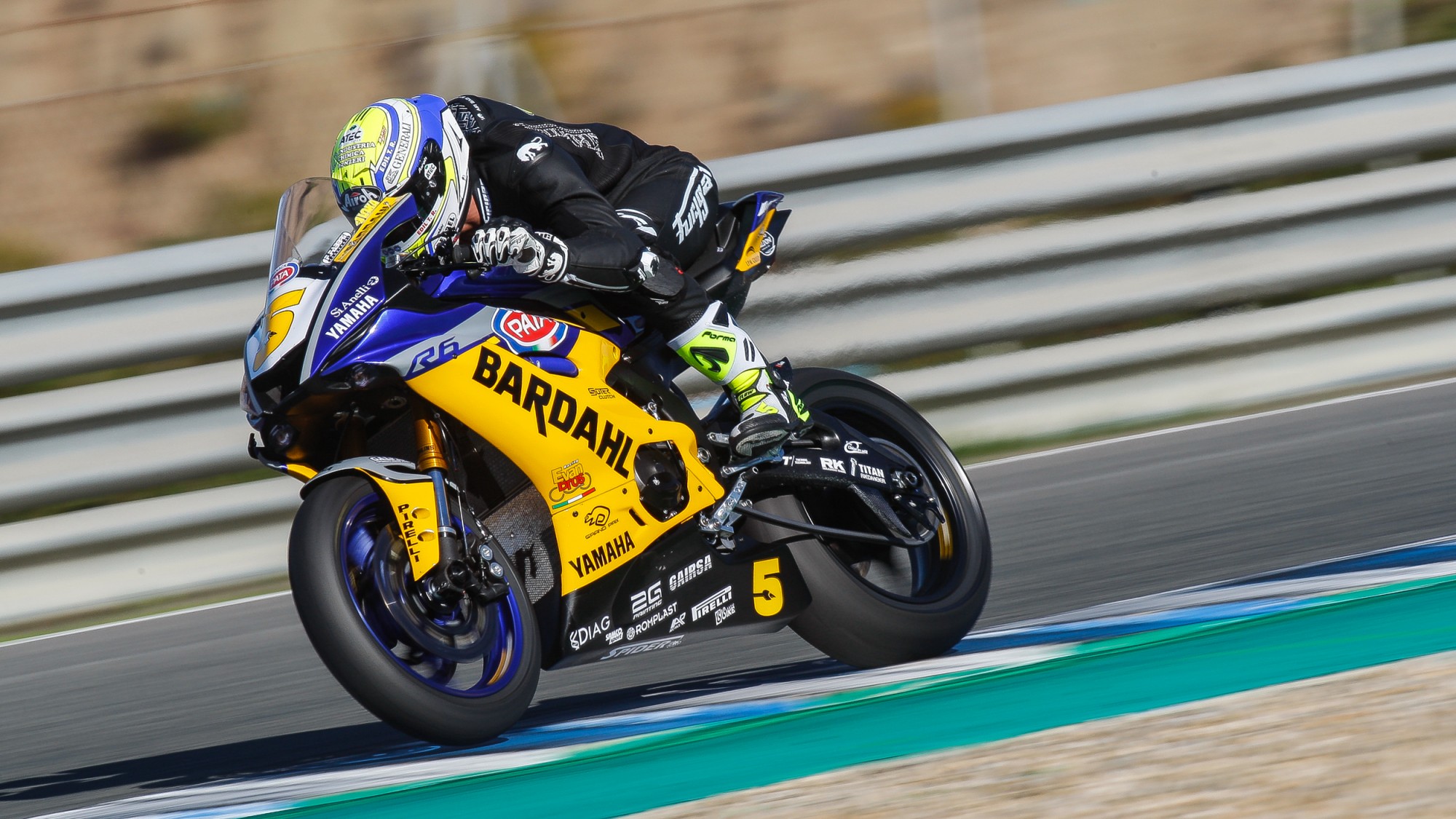 Sun shone down again on the second and final day of testing at Circuito de Jerez - Angel Nieto where WorldSBK and WorldSSP riders continued their preparations for 2020. With the track becoming faster today compared to Day 1, it was this time former Moto2™ rider Andrea Locatelli (BARDAHL Evan Bros. WorldSSP Team) to set the pace ending on top of the WorldSSP timesheets.

Unfortunately, the best lap of the Italian was also the last that he was able to put in today, as in the afternoon he got involved in a three-rider crash due to the oil left on track by the Yamaha of Michael van der Mark (Pata Yamaha WorldSBK Official Team). Despite that Locatelli was still able to put in 44 laps today while trying different tyre compounds and adapting to his new team and his new WorldSSP machine.

Second overall was another rider coming over from the Moto2™ paddock as Phillip Öttl (Kawasaki Puccetti Racing) closed 0.046 s off Locatelli’s best lap and just 0.014 s ahead of Randy Krummenacher. It didn’t take long for the 2019 WorldSSP World Champion to adapt to the new environment of the MV AGUSTA Reparto Corse garage, as he declared to be thrilled about his new squad and the project. After having closed Day 1 on top, the Swiss rider did only 31 laps today ending with a 1’42.743 as his best lap for the day. On the other side of the garage, Federico Fuligni completed 85 laps today to finish sixth overall.

EAB Ten Kate Racing rider Steven Odendaal was fourth ahead of Kallio Racing rider Hannes Soomer, while his teammate Isaac Viñales finished 7th ahead of former Moto3™ rider Can Öncü, who also tried to do as many kilometres as possible to adapt quickly to his new Kawasaki of the Turkish Racing Team.

Closing the order, Belgian rider Loris Cresson (Team Toth) returned on track today after the nasty crashed suffered on the first day of testing in Jerez, completing the day with a best lap in 1’45.621.