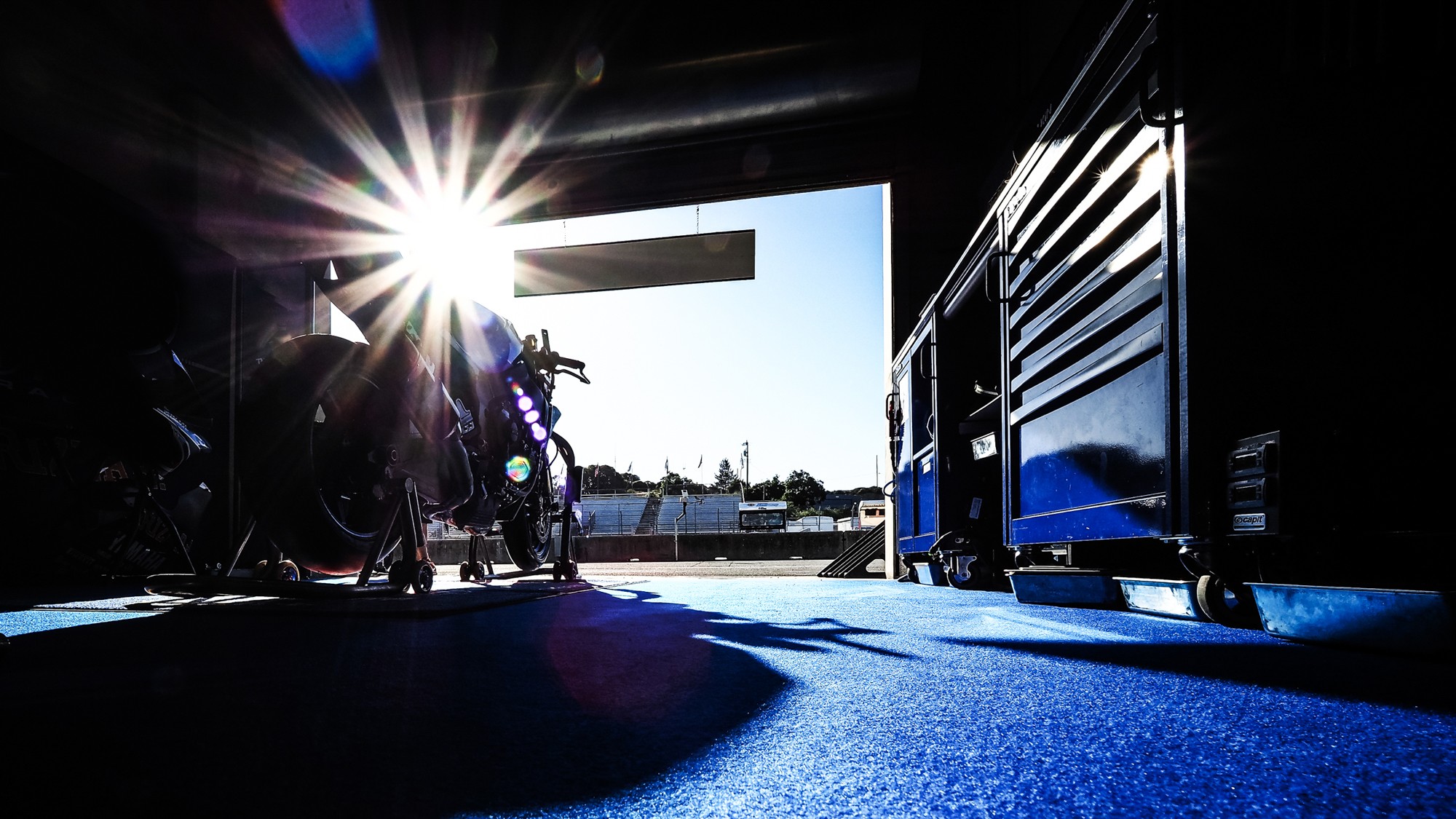 From the motorcycle racing governing body, Championship manufacturers, sponsors and suppliers, the true essence of WorldSBK shines through to fight the coronavirus pandemic

The global fight against the COVID-19 pandemic requires a multi-faceted approach, with various players taking steps to fight the ongoing outbreak. In the MOTUL FIM Superbike World Championship, it isn’t any different and a variety of the Championship’s partners have started initiatives so that they help combat the spread of the virus.

The Fédération Internationale de Motocyclisme (FIM), which is the governing body of motorcycle racing worldwide, have had their own Medical Officers working in countries hardest hit by the COVID-19 outbreak. With no racing currently taking place, they have been fighting the virus on the frontline, utilizing their own expertise in order to treat those suffering from infection.

Ducati as a manufacturer also launched the #raceagainstCovid campaign, with all money raised being donated to the Policlinico di S. Orsola in Bologna, one of the largest hospitals in Italy. Funding started at €100,000 and members of the Ducati board have begun donations to which are added those of employees. The amount collected was then doubled by the company. The campaign brings together the entire Ducati community, from official Ducati Clubs to dealers, riders, suppliers and partners, in order to achieve an important goal by June 2020.

The BMW Group, including the BMW Motorrad department, have used cross-divisional planning to enable a number of initiatives. They donated 100,000 masks in the early stages of the crisis, followed up in early April as they presented the government of Bavaria with one million pairs of disposable gloves and 50,000 FFP2 respiratory masks. A further one million masks will be added soon and the BMW Group have procured the systems to produce its own, beginning in a few weeks. They’re also providing vehicles to social and healthcare facilities, and at its German and international locations, helping social and public groups with donations of goods and materials such as disinfectants.

MV Agusta joined in solidarity with their own initiatives, supporting Varese community hospitals facing the coronavirus emergency. The Italian company donated sophisticated testing machinery which is able to process up to 96 swabs in just 30 minutes. The system can also be used remotely and will help address the growing needs for testing in the area, rapidly identifying affected individuals. Health workers and the medical staff will also have access to the testing, for their own protection and that of their families.

The Barni Racing Team were one of the first players to fight against the spread of coronavirus, with the Italian team opening their workshop for those on the frontline in emergencies using motorcycles, who may need mechanical assistance. The team has since reopened their workshop as normal, but nonetheless showed great spirit in being at the disposal of those on motorcycles.

Team Goeleven Ducati have also been at the forefront of medical development with their own Team Goeleven masks. With one being a TNT non-irritable mask and the other being a cotton-polyester mask, both are 100% sourced in Italy and are designed in order to prevent the spread of COVID-19. The Italian team have also been donating 20% of all money raised to fight against the virus.

WorldSBK Circuits have been key in fighting COVID-19; the Misano World Circuit “Marco Simoncelli” has bought equipment for various hospitals in the area, whilst also collaborating in the construction of another, as well as donations to the Umbrian Hospital. The MotorLand Aragon circuit donated masks and gowns to Alcañiz hospital, whilst also making the circuit available to up capacity if required. The Circuito de Jerez – Angel Nieto has donated transportation, in order to distribute food and increase its accessibility for the most vulnerable at the Kiko Narvaez Sports Centre.

Italian tyre manufacturer and Official Tyre Supplier to the WorldSBK Championship, Pirelli, have been instrumental during the fight against COVID-19. Pirelli’s employees in Italy have donated over 7,000 work hours as part of the “Together for Italy, Together for Research” initiative promoted by the company in fighting against the COVID-19 pandemic, equal in value to around €220,000, an amount that Pirelli will double. The amount raised will go to Milan’s Luigi Sacco Hospital and will also have donations of over €300,000 from Pirelli’s partners, including Camfin and Fondazione Silvio Tronchetti Provera which, as already known, contributed €100,000 each. Additional donations from various partners make a grand total of €850,000.

The Official Safety Car supplier in WorldSBK, Hyundai, are providing fleets of vehicles to frontline personnel to better enable their mobility when they need it most. They are working closely with governments to support communities that have been hit hardest by the pandemic in the form of donations, medical equipment, and personal protection items. Understanding the financial burdens and mobility limitations their customers are facing, they’re offering programs to take care of customers during this difficult time, easing the financial stress placed on some families.

WorldSBK sponsor and prosecco supplier Prosecco DOC usually takes centre stage on the podium, but they’ve also taken on a crucial role in their home nation of Italy during the COVID-19 crisis. In aid of the Veneto region, one of those most affected by the outbreak, the consortium has made available funds to purchase an intensive care unit, and has requested a contribution from members to be allocated to the immediate purchase of equipment necessary in the fight against the virus.

Qatar Airways – a partner of Dorna Sports and a trusted supplier of WorldSBK’s freight on a long-haul basis – have supported the Qatari State’s efforts on combatting the spread of coronavirus. 500,000 testing kits were successfully acquired and distributed to the local health services at the start of April, whilst also giving 100,000 free tickets to frontline healthcare workers. The airline has also been at the forefront of repatriation efforts the world-over.

Brake manufacturer Brembo, also an Italian company and supplier to WorldSBK teams, donated 1 million Euros to three health centres in Bergamo. The Papa Giovanni XXIII Hospital, the Fondazione per la Ricerca Ospedale di Bergamo (FROM) and the Mario Negri Institute are combining clinical and pharmacological research in order to fight against the pandemic.

As well as the aforementioned partners, Italian helmet designer Aldo Drudi has also made his own plea, by designing a one-off helmet which is auctioned off, with all money raised going to the Italian Red Cross. Drudi has been working for many years with notable names such as Jonathan Rea, Valentino Rossi and Leon Haslam and across both WorldSBK and MotoGP™ paddocks.

As well as our partners, the Dorna Group have also been supporting the fight against the spread of COVID-19, with hundreds of FFP3 masks being donated to the Hospital Clinic de Barcelona, specifically for staff working on the frontline in the intensive care units (ICUs).

Finally, the MOTUL FIM Superbike World Championship and all of its partners, teams, riders and personnel would like to extend the warmest and biggest ‘thank you’ to everyone. Health and social care workers, teachers, professors, scientists and many, many more have helped us to begin the return to life as we knew it; thank you to those who followed the guidelines, stayed safe and helped prevent the spread of COVID-19. Of course, we also extend our deepest condolences to those families who have lost loved ones in this extremely difficult and trying period of time.