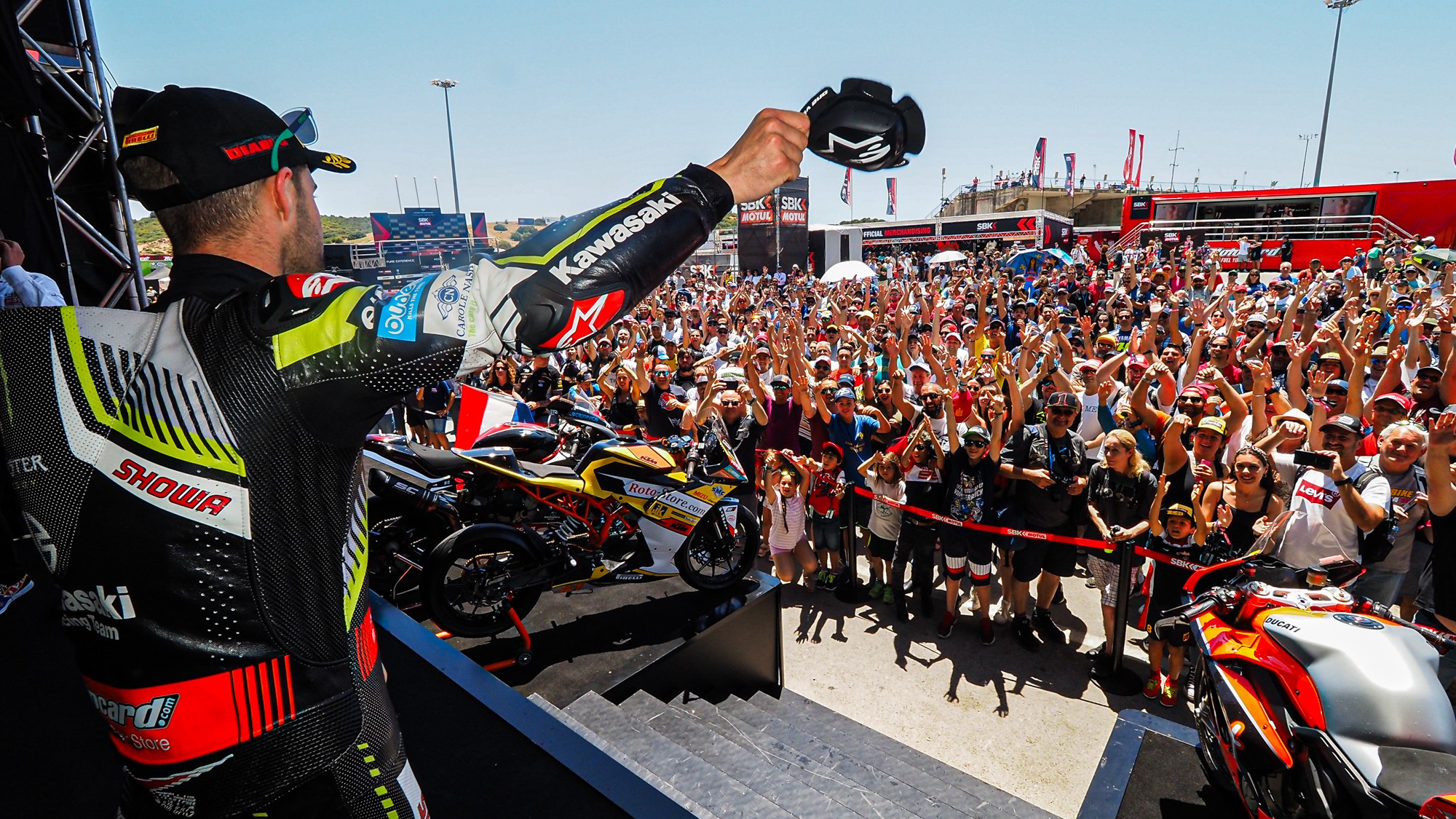 Ahead of the 2020 season opener at Phillip Island Grand Prix Circuit next weekend, the MOTUL FIM Superbike World Championship paddock has united to stage a charity auction in aid of the victims of the recent Australian bushfires. The funds raised will go to BlazeAid, a volunteer-based set-up working alongside rural families and individuals impacted by the fires and floods. Since being founded in 2009, they’ve worked with over 20,000 volunteers in tackling bushfires.

The WorldSBK auction is organised through CharityStars and will see an incredible selection of rider and team merchandise and memorabilia – as well as some awesome fan experiences – go under the hammer. The Championship, riders and teams have come together during the recent tests at Jerez and Portimao to source their own gear, with exclusive helmets, leathers, gloves and various other ‘money-can’t-buy’ team apparel clothing set to get auctioned.

There are also some experiences up for grabs as Dorna WSBK Organization offers exclusive pit lounge passes and behind the scenes experiences, perfect for every WorldSBK fan who wants to get up close and personal with the world’s fastest production-based motorcycle racing Championship. They include two pairs of WorldSBK Pit Lounge Passes to any 2020 round (winning bidder’s choice) and one pair of WorldSBK Behind the Scenes Experience passes, giving the winning bidder a money-can’t-buy weekend from starting grid access to a lap in the Safety Car and plenty more in between.

The auction begins on 17th February and ends on 3rd March, so get bidding to secure your piece of WorldSBK history – and lend a helping hand to the host country of the 2020 season opener. Australia has, is and will continue to be close to the World Superbike paddock, with Phillip Island hosting timeless classics – as well as the closest ever WorldSBK finish 10 years ago. Some of the biggest names in the history of the sport – including Troy Corser and Troy Bayliss – also hail from Down Under, making it a cause close to the heart of the paddock.

Check out the full list of teams and place your bids here!

Follow the entire WorldSBK season, starting in less than two weeks at Phillip Island, with the WorldSBK VideoPass!