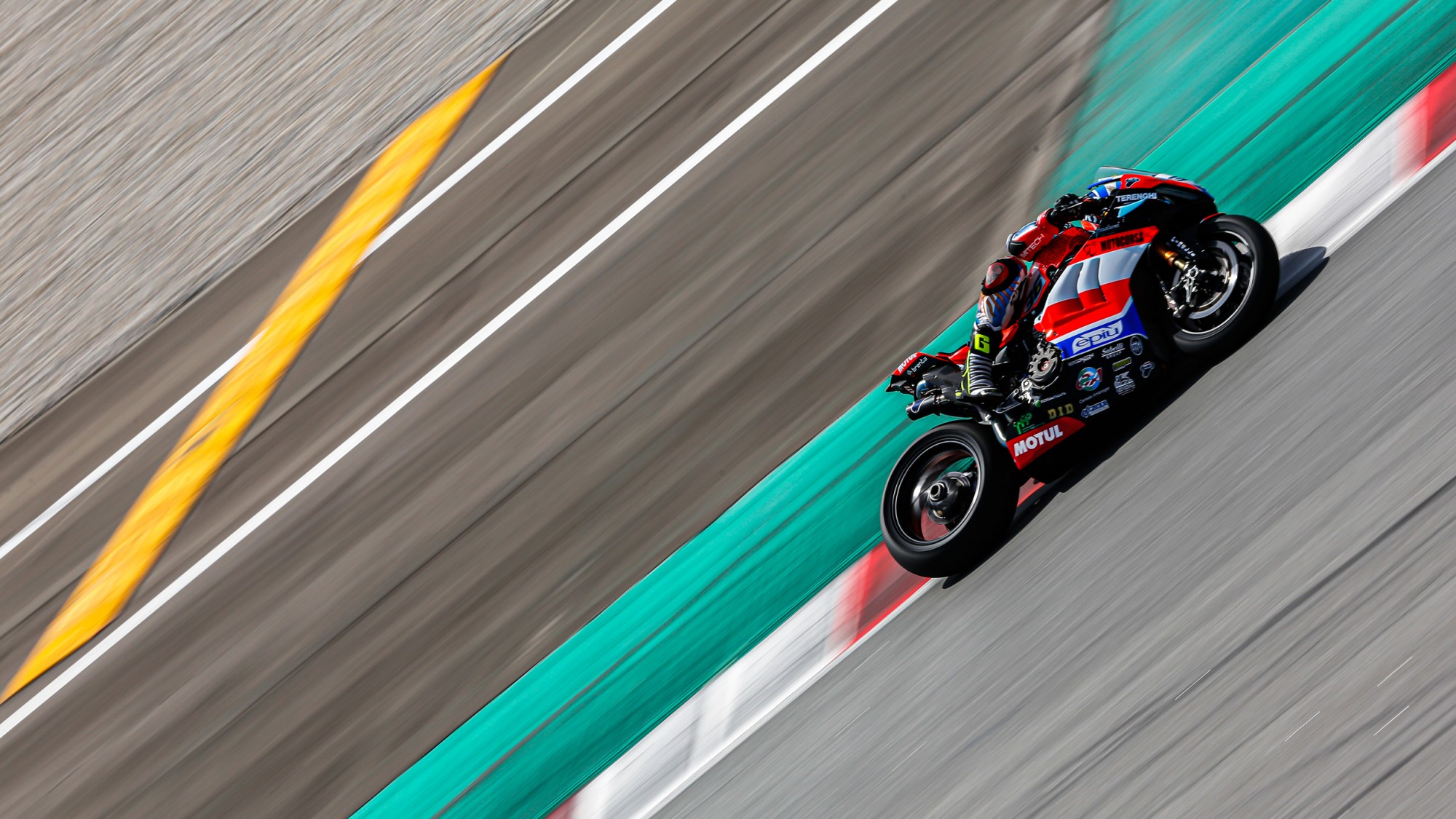 22 riders are on the entry list for the highly anticipated Pirelli Spanish Round of the MOTUL FIM Superbike World Championship which starts on July 31, and for five of them the date will mark their first appearance of the season, as they were not at the inaugural Round from Phillip Island.

They are made up of two regular riders in Leandro Mercado (Motocorsa Racing) and Sylvain Barrier (Brixx Performance), debutant Lorenzo Gabellini (MIE Racing Althea Honda), wildcard Christophe Ponsson (Nuova M2 Racing) and the surprise return of Marco Melandri (Barni Racing Team). Five riders with different trajectories that should add mordant and spectacle to the 2020 races. But who's who in this new cast?

Both Mercado and Barrier - unique representatives of both teams that premiere this year in WorldSBK - had planned to debut in Jerez, in the European part of the season, but what they could not suspect is that this second round would be played out in July and August, instead of at the end of March as scheduled before the COVID-19 pandemic forced the modification of the Championship’s schedule.

Mercado on the rise. From the Argentine rider, who faces his sixth season in World Superbike at the age of 28, you can always expect combativeness and strength, but his change of team and, especially, bike, can give him a plus in 2020. Going from the Kawasaki ZX 10-RR that he has ridden to the powerful Ducati Panigale V4 R in recent seasons is a challenge, but Mercado already has experience with the Italian machinery, from his time in STK1000, where he won the title, and from the campaign with Barni Racing in 2015. In addition, the tests they have carried out so far have allowed us to glimpse a successful adaptation to face the battle of the best Independents.

The return of a fighter. The arrival of Sylvain Barrier on the WorldSBK grid marks the return to the premier class for a rider with a proven ability to compete, but with a career marked by ups and downs and battered by injuries. At 31 years old, the Oyonnax rider is a double winner of the FIM Superstock 1000 Cup, but the jury is still out in WorldSBK, where he has never had the opportunity to compete a full campaign after a punctual debut in 2013 - in Jerez - and his subsequent appearances, intermittent or interrupted by different circumstances, in 2014, 2015 and 2016. Until now. Enlisted in the new Brixx Performance to compete in the 2020 European Rounds, the Frenchman hopes to improve his luck and break his ceiling of results aboard the Ducati V4 R, with which he already rode several races in 2019.

New kid in town. The alteration of the original schedule is also behind Lorenzo Gabellini's debut in the premier class, as it covers the place that Jordi Torres had been awarded in the MIE Racing Althea Honda at the beginning of the season. The commitments made by the Barcelona rider with WorldSBK and MotoE™ led to a friendly separation, and from there the opportunity for this young talent from Rimini to debut in WorldSBK at just 20 years old has arisen. Gabellini joins the international scene almost on the fly but will not arrive without experience. He has competed since 2016 in the Italian Supersport 600 championship, and after adding podiums and victories from 2017, last year he took the category title. In his favour is the fact that he already knows the CBR1000RR-R, since he debuted with it in the inaugural race weekend of the Italian Superbike championship in the colours of Althea Racing.

A French wildcard for Aprilia. Another addition announced recently is that of Frenchman Christophe Ponsson, 24, recruited by the Nuova M2 Racing team to compete as a wildcard in five Rounds of the season. It will be Ponsson's return to a paddock that he knows well from his years in STK600 and STK1000, but also for the only campaign he has played in WorldSBK, in 2015. That year he completed the entire Championship, scored eight times and finished in 11th (in Losail) as his best result. Will he be able to beat those numbers with a private RSV4 1000 that also marks Aprilia's first appearance in the Championship since they left the Championship at the end of 2018?

Bonus track for ‘Maccio’. The last to arrive, but not least, is Marco Melandri. The return of the Italian star to the Championship to replace the injured Leon Camier was announced on Thursday of last week; on Friday he already made his first test with Barni Racing at the Cremona circuit and added 100 laps aboard the Panigale V4 R. 'All the preseason work in just one day', the team summarised. True, but on the hand the balance can weigh a lot on a highly motivated Melandri before the unexpected opportunity to put a finishing touch to his career. Nine months ago, when Marco hung up his helmet, he did it with some thorns in his side: Not having raced the latest version of the Panigale, which erupted loudly in 2019 when he was already racing for Yamaha, and said goodbye to the competition in a campaign without victories. The ‘bonus track’ that 2020 brings to Melandri is his chance to remove those thorns. Seeing him try it in settings that he knows perfectly will be another of the attractions of the Championship.

Follow the premiere of this star quintet and enjoy the entire 2020 season in the best way with VideoPass WorldSBK!