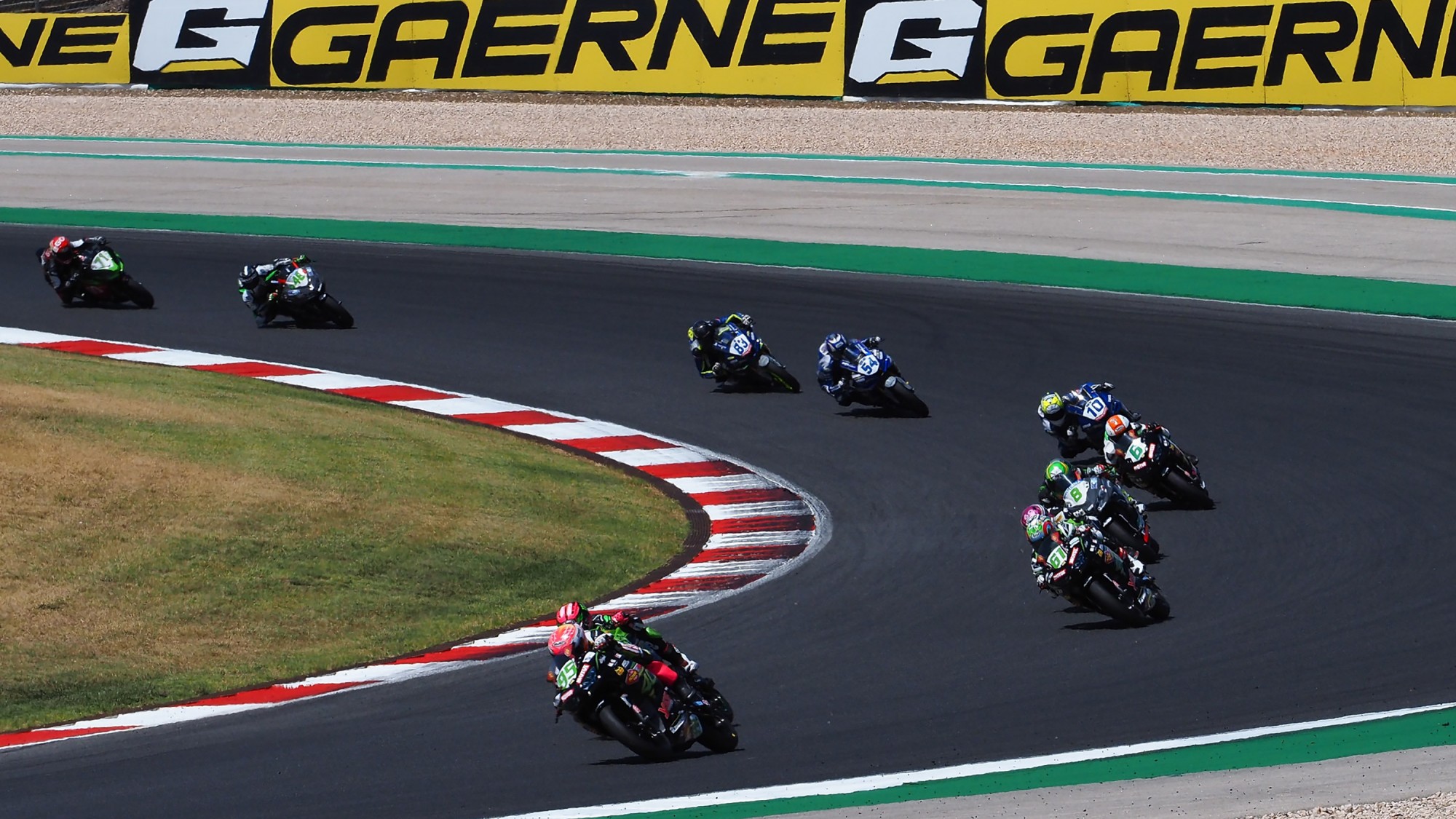 The action comes thick and fast throughout the FIM Supersport 300 World Championship season with two more races coming up at the Prosecco DOC Aragon Round as the drama continues to unfold. Scott Deroue (MTM Kawasaki MOTOPORT) leads the Championship following Portimao action having claimed his sixth WorldSSP300 victory in Race 2. With fierce competition all across the grid, the two races to be held for the Aragon Round are sure to be filled with action and drama throughout.

Deroue claimed the Championship lead after the two races in Portimao as he claimed a fourth place and a victory; the Dutchman denied a double podium finish in a shortened Race 1 by just 0.006s to Tom Booth-Amos (RT Motorsports by SKM – Kawasaki). Deroue’s form at MotorLand Aragon is the epitome of consistency with the 24-year-old yet to finish off the podium at the Spanish circuit; claiming one win, one second place and one third place. As the Championship leader heading into a circuit he competes well at, Deroue will be confident heading into the two races at Aragon.

Bahattin Sofuoglu (Biblion Motoxracing Yamaha WSSP300) lies 10 points behind Deroue in the Championship after the four races so far in 2020 with a string of consistent results moving him into the title battle. Sofuoglu’s results so far have been a sixth, two fifths and a win, showing the Turkish star is able to push to the front when he needs to. With a surname synonymous with success – Bahattin is the nephew of FIM Supersport World Championship legend Kenan Sofuoglu – Bahattin Sofuoglu will be hoping to carry this success on with his own World Championship. Sofuoglu has raced at Aragon in WorldSSP300 before, in 2019, but retired from the race after just three laps.

Another rider who has taken victory in 2020, Unai Orradre (Yamaha MS Racing) will be hoping he can continue his excellent form at a circuit that will be new to him; the 16-year-old having not raced at MotorLand Aragon before. It is the first track in 2020 that Orradre has not been to and will be looking to get up to speed as quickly as possible. Having shown great pace throughout the season so far, the young Spanish talent will be hoping the new track does not prove to be an issue as the youngest ever race-winner in WorldSSP300 look to continue his impressive form.

2018 Champion Ana Carrasco (Kawasaki Provec Racing) will be looking to bounce back after she was not classified in Race 2 at Portimao; the rider from Murcia unable to get back to the pits within five minutes of the red flag being shown. MotorLand Aragon is a circuit that Carrasco is yet to score a podium at in her WorldSSP300 career with a best result of sixth in 2018, with a tenth place in 2017 and a retirement in 2019 some of her other results at the circuit. However, there is a first time for everything, and Carrasco will hope she can break the podium duck at Aragon and haul herself up the Championship standings.

Tom Booth-Amos (RT Motorsports by SKM – Kawasaki) has been nothing short of sensational in races so far this season as he has battled his way through the field to claim three podiums in his first four WorldSSP300 races. The consistency shown to be on the podium so frequently – only missing out after being caught up in an incident that brought out the Red Flag in Race 2 at Portimao – meant he was leading the Championship throughout the early stages. Booth-Amos has raced before at MotorLand Aragon while he was competing in Moto3™, finishing in 27th place.

Jeffrey Buis (MTM Kawasaki MOTOPORT) propelled himself into the top six of the Championship with a second and a fourth at Portimao, following on from finishing 30th and 13th at Jerez. The 18-year-old showed his potential with the strong results at Portimao and also his ability to bounce back following the results at Jerez. The Dutch rider has competed at MotorLand Aragon before in WorldSSP300, in 2019, where he finished in 16th place; something Buis will be hoping to improve on in the two races for the Aragon Round.

The competitive nature of the WorldSSP300 means anyone could be in contention come race day, with Jerez and Portimao polesitters Meikon Kawakami (Team Brasil AD 78) and Yuta Okaya (MTM Kawasaki MOTOPORT) just two of a handful of names in contention after they both claimed commanding pole positions in Tissot Superpole. While Okaya was able to secure a podium after taking pole, Kawakami scored a fifth place as his best finish of the Spanish Round at Jerez. Both will be looking to take another pole position and potentially convert it into victory.