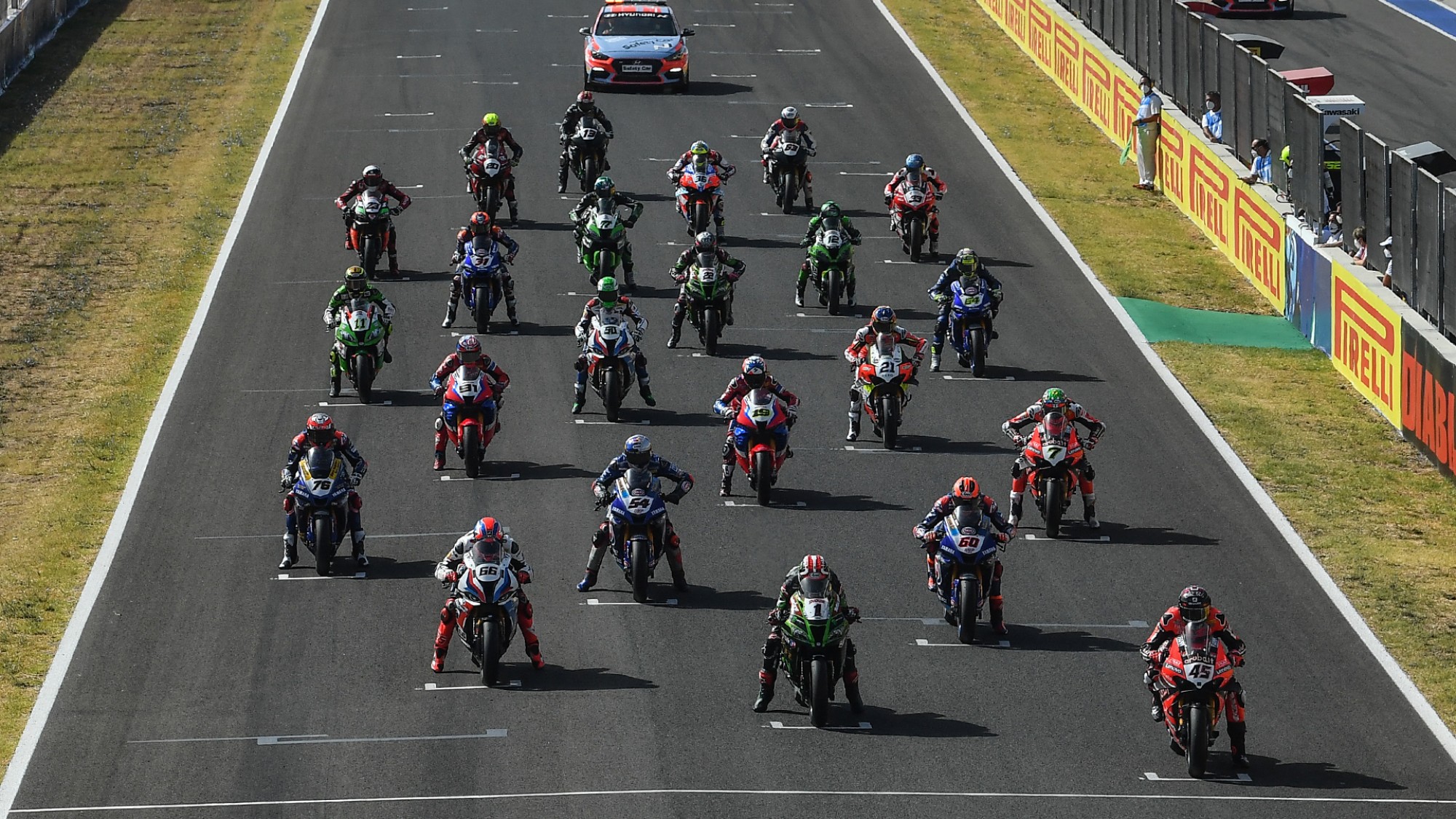 It was an electric return for the 2020 MOTUL FIM Superbike World Championship at the Circuito de Jerez – Angel Nieto and there’s no time to rest; the Motul Portuguese Round is next. Four different winners in the opening six races, a new Championship leader and new riders making their mark, anticipation levels are high for another thrilling weekend of WorldSBK at one of the most undulating tracks on the calendar: the Autodromo Internacional do Algarve awaits WorldSBK.

Championship leader by 24 points after the first two rounds, rookie Scott Redding (ARUBA.IT Racing – Ducati) heads to round three confident. The Brit took his first wins of his WorldSBK career at Jerez and with the Ducati Panigale V4 R winning Race 2 with Alvaro Bautista in 2019, he could add to that tally. Teammate Chaz Davies enjoyed a return to podium form at Jerez and finished second in Race 2 to Redding, securing Ducati’s first WorldSBK 1-2 since Assen in 2012. Davies was second in Race 1 at Portimao in 2019 and looks good in 2020; don’t discount him.

A contrasting weekend at Jerez for Jonathan Rea (Kawasaki Racing Team WorldSBK); leader in Race 1 and Tissot Superpole Race winner, yet off the pace in Race 2 and outside the top five in a race for the first time since Laguna Seca in 2014. But if one track can host a Rea revival then Portimao is it, as he has the most wins (nine), most podiums (17) and shares the record for pole with Tom Sykes, (three). KRT teammate Alex Lowes was the Championship leader coming into Jerez, but he’s third going to Portimao; he’ll be in the mix again after his first podium at the venue last year.

Toprak Razgatlioglu (PATA YAMAHA WorldSBK Official Team) lies fourth and has four podiums so far this year, but two technical DNFs have left the Turk behind. He was a podium runner at Portimao in 2019 and set impressive times at the rollercoaster in testing on his Yamaha. If he can have a round without issues, it could transcend into something special. On the other side of the garage, Michael van der Mark also suffered a mechanical issue at Jerez but took a first rostrum of 2020 in the same meeting. He has a best result of second at Portimao; can he go one better in 2020?

Occupying seventh in the Championship is Loris Baz (Ten Kate Racing Yamaha), who is promising in 2020. In contention in Spain, Portugal and Portimao await the fastest Independent rider of 2020 so far. Just ten points behind van der Mark in sixth, a special duel awaits in the Algarve. Baz has his own threat for Independent honours; Michael Ruben Rinaldi’s (Team GOELEVEN) stunning Jerez results sent shockwaves through the paddock. A fourth place in Race 2 – after passing Lowes and Rea – gave a fairytale result for the Italian. Can both riders battle at the front again?

Lying between Baz and ninth-placed Rinaldi in the standings is Alvaro Bautista (Team HRC); the 2019 runner-up won Race 2 for Ducati last year. Two races in the points at Jerez and with potential there, Portimao’s intricacies will test Honda, but it should be a track that suits both rider and bike. Leon Haslam (Team HRC) has four podiums at Portimao, including one for Honda in 2008’s Race 2. Tenth overall and yet to finish outside the points, a strong weekend calls the ‘Pocket Rocket’.

It was a dismal Jerez for BMW; Tom Sykes’ (BMW Motorrad WorldSBK Team) third place start was the only real highlight after a Race 1 technical problem. Sixth in the Tissot Superpole Race was followed up by 11th in Race 2, so Sykes comes to Portimao in search of a much-needed result. Two wins at Portimao will lift his confidence and BMW’s best result in 2019 at Portimao was seventh. For teammate Eugene Laverty, Portimao’s almost been like a home event for him and like Sykes, has won there twice. 17th in the standings, the Irishman needs a turnaround in luck and form.

Making his Portimao racing debut is Garrett Gerloff (GRT Yamaha WorldSBK Junior Team). Two top ten results at Jerez propelled the American to 13th overall, a place behind Marco Melandri (Barni Racing Team). The Italian had a good showing at Jerez, coming from way back to achieve two top tens; he’s won twice at Portimao and both he and Gerloff are tied on 15 points. A point behind them is Sandro Cortese (OUTDO Kawasaki TPR), a best of eighth at Portimao in 2019.

Xavi Fores (Kawasaki Puccetti Racing) has had a tricky WorldSBK return, yet to get a top ten. Max Scheib (ORELAC Racing VerdNatura) didn’t score at Jerez and aims to correct that at Portimao, as does fellow rookie Federico Caricasulo (GRT Yamaha WorldSBK Junior Team), the 2019 WorldSSP race winner. Christophe Ponsson (Nuova M2 Racing) got points on his WorldSBK return with 12th, whilst Leandro Mercado (Motocorsa Racing) will build from a tricky Jerez. For Takumi Takahashi (MIE Racing Althea Honda Team), teammate Lorenzo Gabellini and Frenchman Sylvain Barrier (Brixx Performance), the aim is to get points for the first time in 2020. Takahashi’s best WorldSBK finish came at Portimao in 2017’s Race 2 with tenth.

Follow all of the action across the weekend and beyond with the WorldSBK VideoPass!