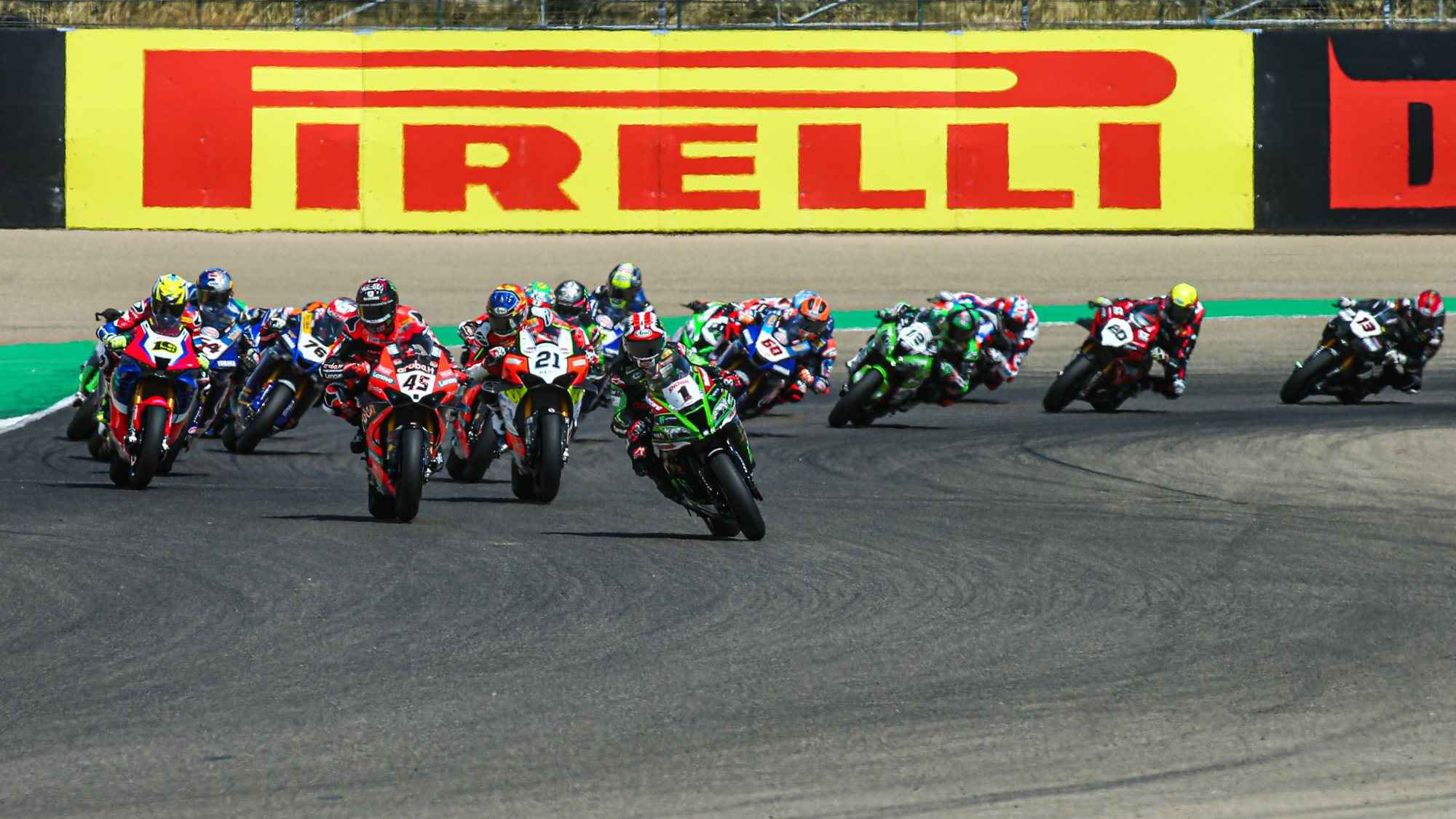 Return of the wildcards, a debutant and a new challenger at the front as WorldSBK heads to Barcelona for the first time

A new track provides the challenge for teams and riders as the 2020 MOTUL FIM Superbike World Championship heads to the Circuit de Barcelona-Catalunya for the first time in the Championship’s history as the circuit hosts the Acerbis Catalunya Round. There was a brand-new winner last time out in the form of Michael Ruben Rinaldi (Team GOELEVEN) while Jonathan Rea (Kawasaki Racing Team WorldSBK) was able to extend his Championship lead to 36 points in the latest twist in the title race.

Riders were able to test at the circuit in the scorching summer heat and it was Rea who came out on top in that test ahead of Scott Redding (ARUBA.IT Racing – Ducati). Whilst Rea extending his Championship lead to 36 points throughout the Pirelli Teruel Round as he claimed three podiums, including one victory, he’ll be full of confidence heading into the team’s home round. Rea’s KRT teammate, Alex Lowes, battled a gastrointestinal virus throughout the Teruel Round to claim three top six finishes and will be looking to stand on the podium for the first time since the season-opening Australian Round, when he won Race 2.

Redding still lies second in the Championship despite losing ground to Rea following the Race 1 crash with the British rider bouncing back in perfect fashion in the Tissot Superpole Race to claim victory. Redding was strong in Montmelo during the test and will be hoping to continue that strong pace throughout the Catalunya Round. Chaz Davies (ARUBA.IT Racing – Ducati) also had a tricky Teruel Round after a crash in Race 2; the British rider hoping to bounce back as he is in a fight for third in the standings and looking to move up the order at a track he and teammate Redding know well.

Toprak Razgatlioglu (PATA YAMAHA WorldSBK Official Team) currently heads the battle for third place after three top seven finishes at the Teruel Round, leading Davies by just six points. Razgatlioglu also showed strong pace during the test at Catalunya, dicing it out with Redding at the top of the timesheets, giving the Turkish sensation confidence he can get back on the podium. Teammate Michael van der Mark is also in the battle for third with the Dutchman hoping he will be able to stand on the podium again, having last been there during the Aragon Round’s Superpole Race.

Michael Ruben Rinaldi (Team GOELEVEN) has hauled himself up the Championship standings after a stunning Teruel Round where he claimed his first WorldSBK victory and podiums, moving up to sixth in the Championship ahead of Lowes, just two points behind van der Mark. The Italian rider will be looking to continue his form as his grip strengthens on the position of top Independent rider. In the fight with him for that is Loris Baz (Ten Kate Racing Yamaha), as the Frenchman aims to be at the sharp end at a track he knows well after a tricky Teruel Round left him just ninth overall.

Spanish rider Alvaro Bautista (Team HRC) lies in eighth place in the Championship after Honda appeared to make a step forward recently, allowing both him and teammate Leon Haslam to fight inside the top five. Haslam secured his best result of the season at MotorLand Aragon with fourth place whilst Bautista aims to rekindle strong, top ten form captured at Catalunya in his MotoGP™ days; could this be one of Honda’s best showings of the year? Another team that tested at the circuit, Team HRC are eager to continue their forward momentum.

Tom Sykes (BMW Motorrad WorldSBK Team) and teammate Eugene Laverty were able to bounce back from a challenging Aragon Round with top ten finishes at the Teruel Round. Laverty himself took a best of eighth in the first race and has lots of experience in Barcelona from his GP days. Sykes was quick in testing and hopes to be there again come racing.

Back to the battle of the Independent teams, one outfit that had a strong Teruel Round was the GRT Yamaha WorldSBK Junior Team with Federico Caricasulo and Garrett Gerloff, both securing top ten finishes at MotorLand Aragon, with the duo looking to continue that recent form into the Catalunya Round. Maximilian Scheib (ORELAC Racing VerdNatura) had a promising showing in Teruel and hopes to build, Takumi Takahashi (MIE Racing HONDA Team) aims for more points and Sylvain Barrier (Brixx Performance) hopes that the level playing field of Montmelo will help him be in contention.

Christophe Ponsson (Nuova M2 Racing) returns to WorldSBK after opting to miss the Teruel Round; the sole Aprilia runner in 2020 skipped the second MotorLand Aragon event as part of his wildcard appearances while MotoGP™ podium achiever Jonas Folger (Bonovo Action by MGM Racing) will make his WorldSBK debut with a wildcard appearance onboard a Yamaha machine. The final bit of housekeeping is that Marco Melandri has left the Barni Racing Team and Samuele Cavalieri will make his first appearance of the year for the team in WorldSBK, stepping over from the CIV series.

You can follow all the action using the WorldSBK VideoPass!