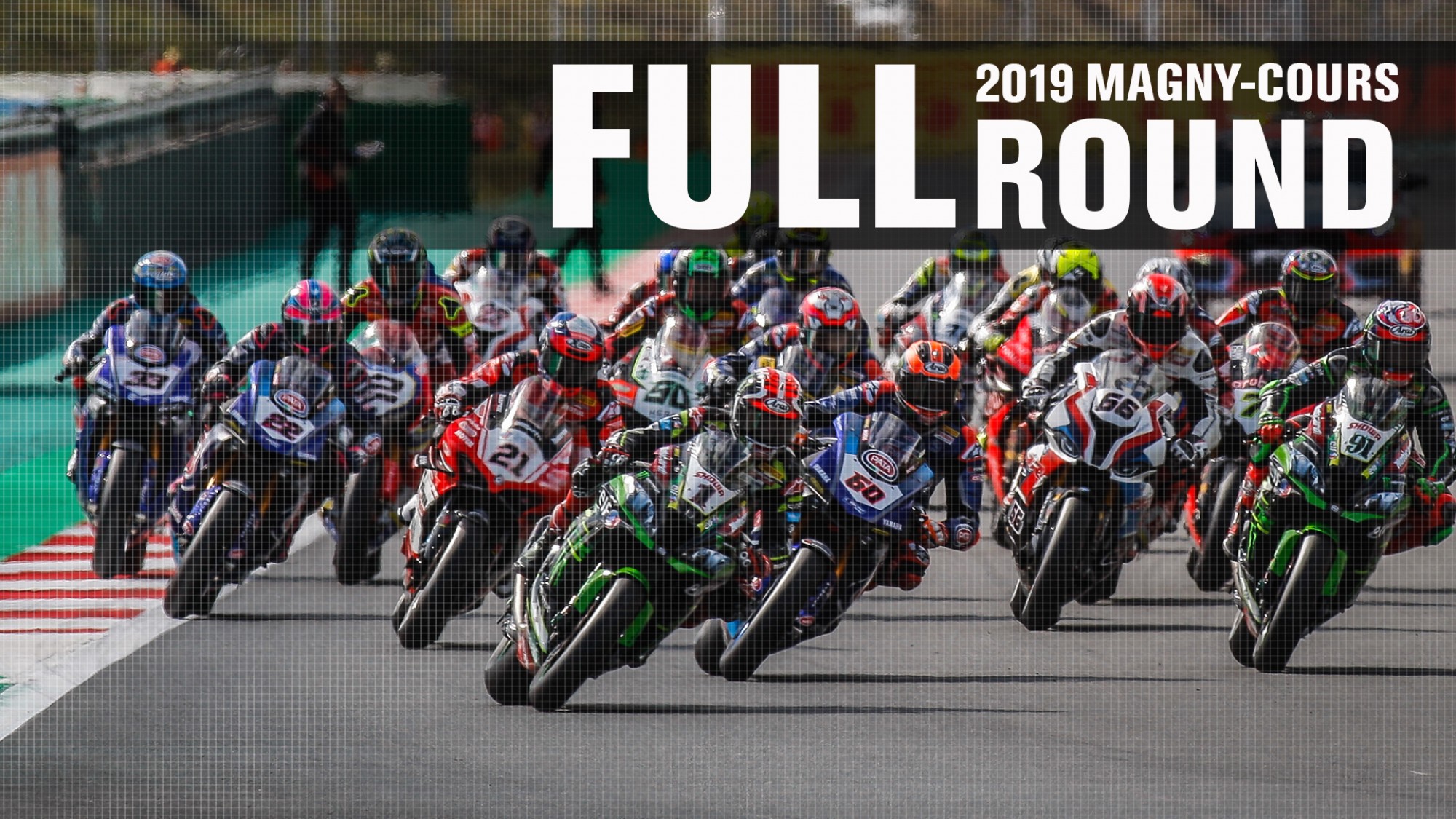 Worldsbk.com is making the 2019 French Round full weekend available for FREE, featuring drama, history and the 800th WorldSBK race…

With MOTUL FIM Superbike World Championship backing the #StayAtHome campaign, the full round from France 2019 is being made available to the fans for FREE. The weekend featured the 800th race for WorldSBK and was full of drama as the World Superbike paddock descended on the Circuit de Nevers Magny-Cours.

The Tissot Superpole Race had just as much drama with Razgatlioglu and Rea again battling out front and van der Mark just behind. All three led the 10-lap race at one point with the trio separated by 1.5 seconds at the end of the race.

Race 2 would prove to be a defining moment in 2019 as Rea would be able to write his name into WorldSBK record books by clinching his fifth world title. Rea needed victory and other results to go his way, with Alvaro Bautista (now Team HRC) not scoring points a key component in Rea’s quest to secure his fifth Championship. Rea would have a race-long battle with van der Mark at the front of the field with the pair separated by a second as they crossed the line. An incident with Razgatlioglu and Bautista meant one part of the puzzle had fallen into place for Rea, but would everything fall how he needed?

There was more drama in FIM Supersport World Championship that blew the Championship wide open. The race was shortened after a Lap 1 red flag and after the restart, an incident between Randy Krummenacher (MV Agusta Reparto Corse) and Federico Caricasulo (now GRT Yamaha WorldSBK Junior Team) meant home rider Lucas Mahias (Now Kawasaki Puccetti Racing) was able to close in on Krummenacher and Caricasulo in the standings.

Mahias faced an uphill battle in the race with a group of riders including Isaac Viñales (now Kallio Racing) chasing him down for victory. Viñales and Mahias would battle until the final lap; the French rider holding on to claim a home victory by just 0.264s.

If you want to watch the sessions as if it was a race weekend, you can see the daily schedule below:

You can watch more thrilling racing from WorldSBK, WorldSSP and WorldSSP300 with the WorldSBK VideoPass!