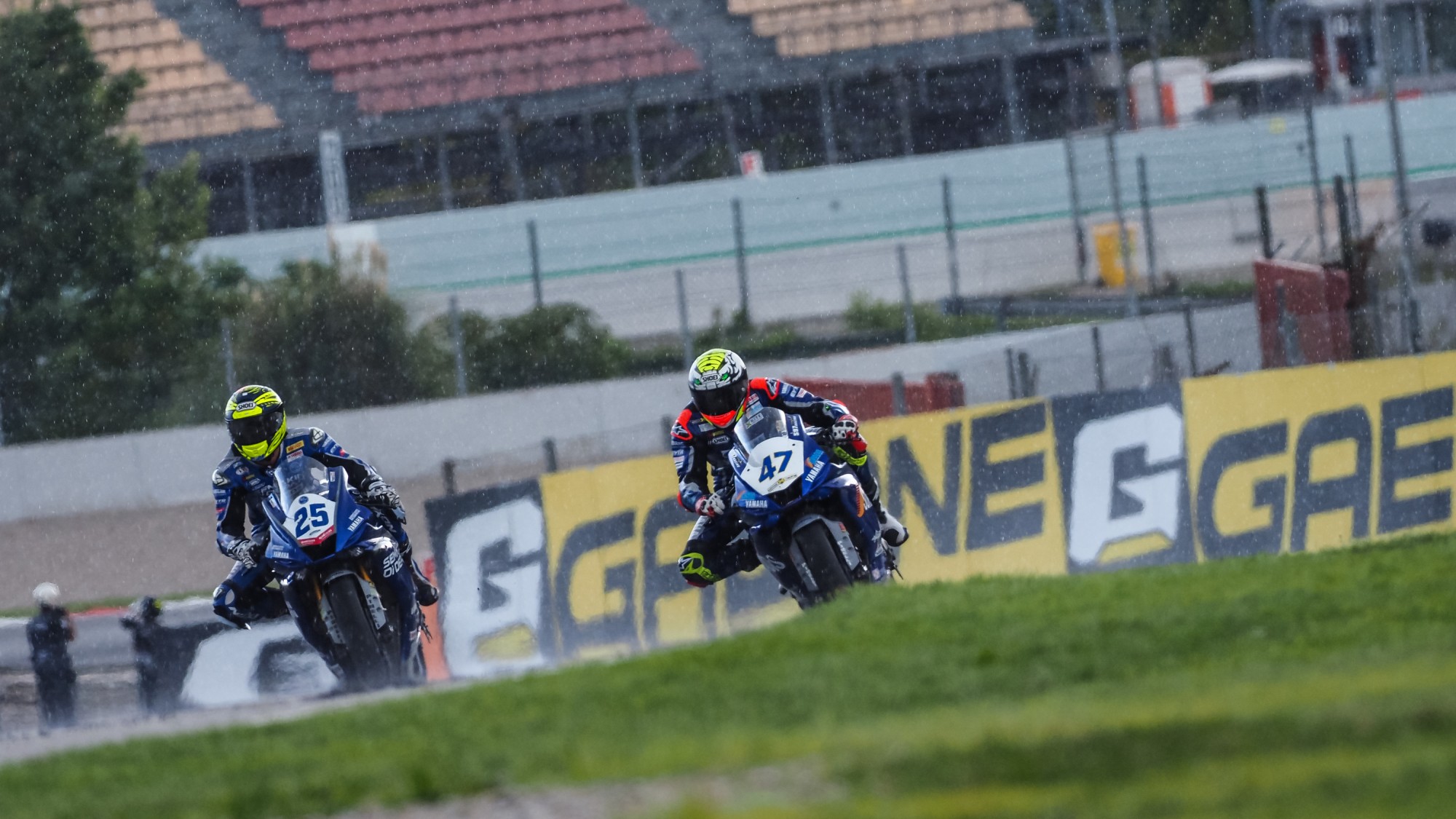 The weather played a massive role in the outcome of the first ever FIM Supersport World Championship race at the Circuit de Barcelona-Catalunya as Andy Verdoïa (bLU cRU WorldSSP by MS Racing) claimed a shock victory in a Red Flagged Race 1 for the Acerbis Catalunya Round as Championship leader Andrea Locatelli (BARDAHL Evan Bros. WorldSSP Team) finished off the podium for the first time this season.

Verdoïa did not pit stop as the rain came down in Montmelo and was the leader at the timing point the results were taken from; with 11 laps of the 17 scheduled completed full race points awarded. Verdoïa becomes the first WorldSSP300 race winner to win in WorldSSP as well as the youngest WorldSSP winner as he claimed victory ahead of Lucas Mahias (Kawasaki Puccetti Racing) and Kyle Smith (GMT94 Yamaha) who completed the podium; Smith replacing the injured Jules Cluzel for this round.

Championship leader Locatelli finished in fourth place after losing time as the rain started to fall but had been leading in dry conditions. Although he had a poor start and fell into fourth place on Lap 2, a lap later into Turn 1 he passed Mahias, Philipp Oettl (Kawasaki Puccetti Racing) and Corentin Perolari (GMT94 Yamaha).

Mahias, Smith and Locatelli were the last riders to come into the pits before the Red Flag was shown with all three just about to get back on track after changing tyres in the pits while Verdoïa was able to stay out without pitting, keeping his bike on track to claim victory.

Oettl was in eighth place at the timing point the results were collected from with Miquel Pons (Dynavolt Honda) finished in ninth place; equalling his best finish in WorldSSP. Axel Bassani (Soradis Yamaha Motoxracing) completed the top ten with a tenth-place finish, the Italian securing his best result of the 2020 season.

Loris Cresson (OXXO Yamaha Team Toth) finished in 11th place with Can Öncü (Turkish Racing Team), Hannes Soomer (Kallio Racing), Raffaele de Rosa (MV Agusta Reparto Corse) and Isaac Viñales (Kallio Racing) completing the point-scoring positions. Perolari, who had been leading the race in the early stages, finished in 16th place while Danny Webb (WRP Wepol Racing) finished in 18th after showing strong pace in the dry. Oscar Gutierrez (GMT94 Yamaha) had showed strong pace in the dry but lost out due to the timing of the red flag, finishing in 19th place on his debut.

Galang Hendra Pratama (bLU cRU WorldSSP by MS Racing) was taken to the medical centre following a crash in the early stages of the race, where he was diagnosed with a right-hand contusion. He will have further assessments following that diagnosis. 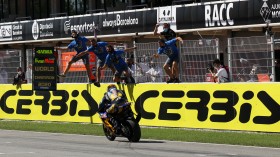 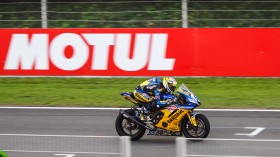 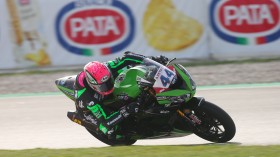