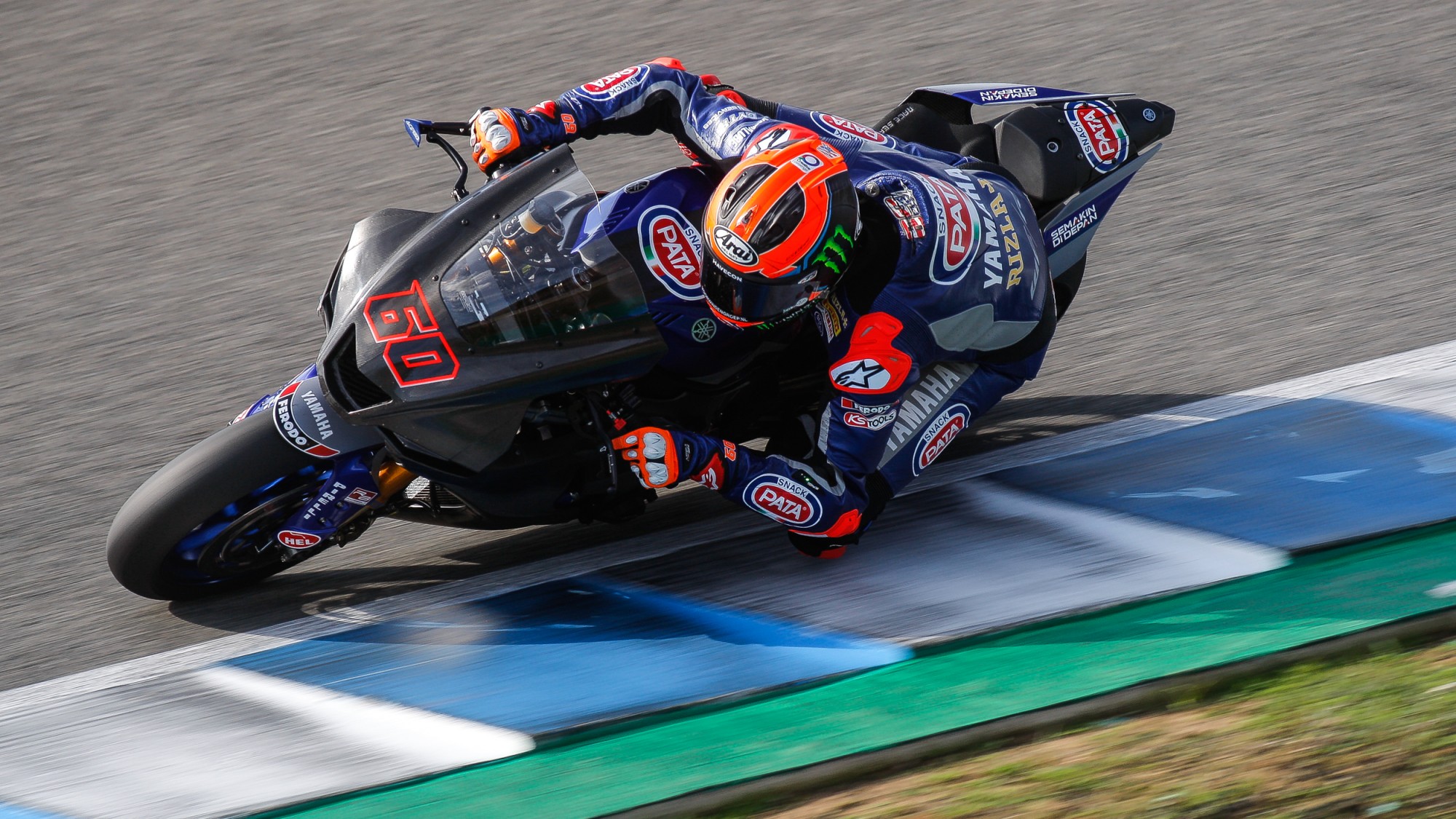 The Dutchman pips KRT duo led the way, whilst Yamaha are once again in close contention with just a few hours remaining…

Day two of the Jerez test for the 2020 MOTUL FIM Superbike World Championship is well-and-truly under way, with times down to a similar pace as they ended on day one. With more bright shine reigning over the Circuito de Jerez – Angel Nieto, times came in thick and fast from during the late morning and early afternoon, with Michael van der Mark (Pata Yamaha WorldSBK Official Team) ahead of Jonathan Rea (Kawasaki Racing Team WorldSBK) placing in and teammate Alex Lowes.

After taking the fight to Kawasaki on day one, Yamaha were back in business with Michael van der Mark having a strong opening few hours and was right leading the pack as lunch time loomed. Toprak Razgatliolgu (Pata Yamaha WorldSBK Official Team) wasn’t entirely happy with his performance on the race tyre yesterday. After trying new parts with mixed feelings, he made huge gains with his feeling on the Q tyre, something he has historically struggled with in his first two years and was fourth come lunch time. Top Independent rider on day one Loris Baz (Ten Kate Racing – Yamaha) was sixth.

Working in their typical metronomic fashion, the KRT WorldSBK squad wasted no time in getting out on circuit and dialling in fast laps to get their final day of testing underway. Jonathan Rea continued working with a lever-operated rear brake, whilst also building his confidence back up and was second at mid-day. Alex Lowes was right behind his teammate for most of the morning and early afternoon, with the pairing setting over 30 laps between them come mid-day and consolidating their positions in the top three.

Ducati’s charge to KRT and Yamaha faded slightly on day one, but the Italian manufacturer was back inside the top five come lunch time on day two. Scott Redding (ARUBA.IT Racing – Ducati) was right in the mix and placed fifth. Teammate Chaz Davies set nearly 30 laps as he continued to understand the direction of the Ducati Panigale V4 R, working through the program and experimented with the clutch, to improve the consistency of their starts. Davies was ninth at mid-day. BARNI Ducati’s Michele Pirro completed the top ten.

Making his successful return to WorldSBK action, Xavi Fores (Kawasaki Puccetti Racing) was high up the order in seventh place, after yesterday felt like “the first day at school” for the Italian. His focus is on adapting to the bike and with that done, he is now making good steps forward. First of the BMWs, Tom Sykes (BMW Motorrad WorldSBK Team) was in eighth and moved over onto the new Ohlins rear shock and is set to try some electronic changes.

Over to WorldSSP and Andrea Locatelli (BARDAHL Evan Bros. WorldSSP Team) was up at the top of the order, whilst Philipp Oettl (Kawasaki Puccetti Racing) headed off Estonian Hannes Soomer (Kallio Racing). After a big crash yesterday, Loris Cresson (Team Toth) was back out on track but 1.3s off the pace of the next best WorldSSP rider.

Watch the highlights package from the Jerez test and plenty more 2020 build-up across the winter with the WorldSBK VideoPass!