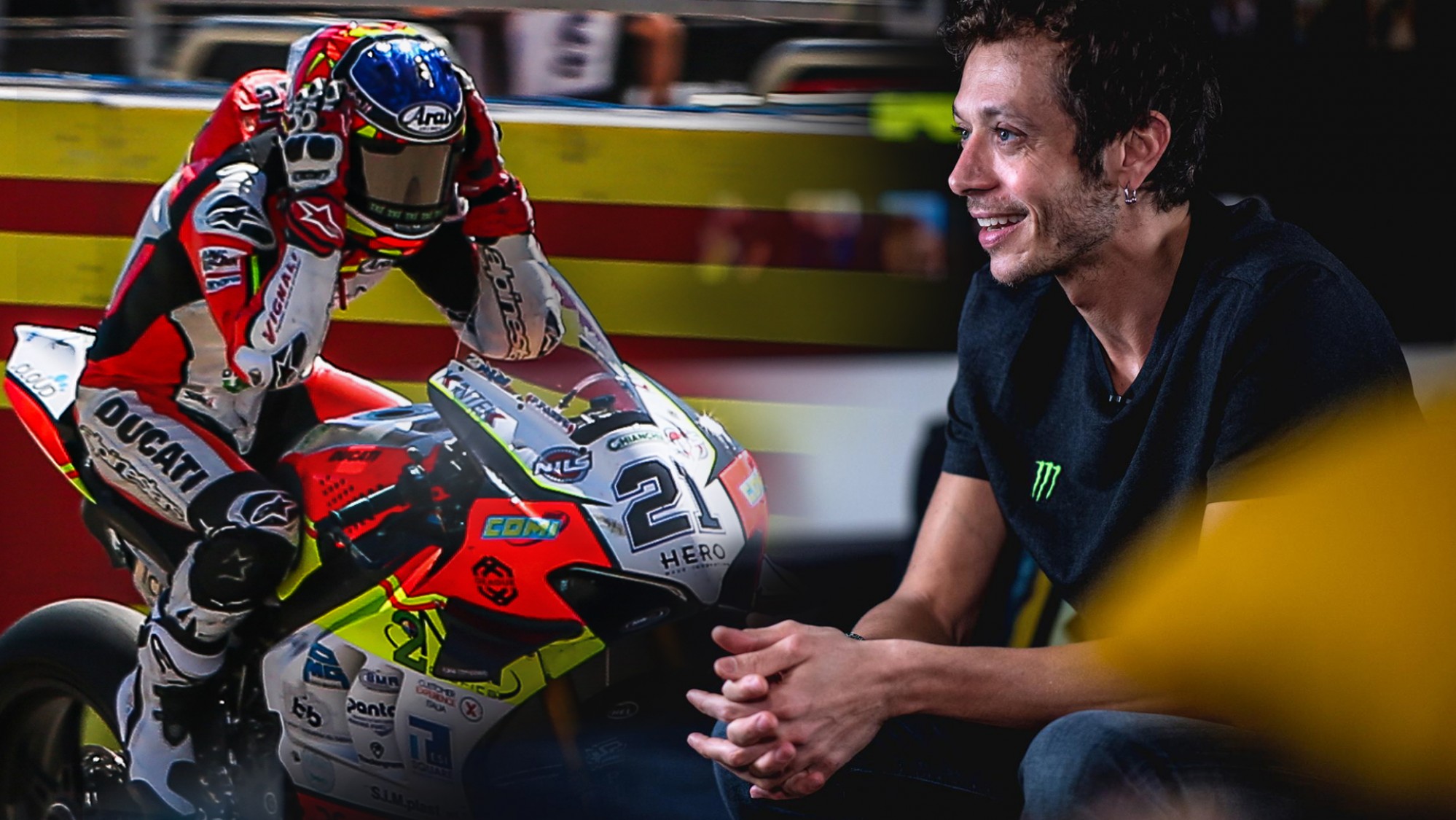 In one of the most remarkable results in recent World Superbike memory, Michael Ruben Rinaldi (Team GOELEVEN) blitzed the opposition on Saturday in Race 1 to take a career-first victory. The Italian had been in fine form for many rounds but coming into the inaugural Pirelli Teruel Round, he was still yet to achieve a podium. Rinaldi became the 26th rider in WorldSBK history to achieve a victory as his first podium and he received plenty of praise from some MotoGP™ royalty too.

It’s not every day you get a phone call from ‘The Doctor’ but Rinaldi was prescribed praise from MotoGP™ icon Valentino Rossi, as the nine-time World Champion congratulated his 24-year-old compatriot for his first career race win in WorldSBK. Rossi was joined by three-time MotoGP™ runner-up Andrea Dovizioso in the celebrations too, with the fellow Italian Ducati star bringing praise to his good friend Rinaldi.

Recalling the moment, Rinaldi said: “Yesterday was a great day. After the race, I received a lot of messages, including a voicemail from Andrea Dovizioso, who is a friend of mine. Then, on Sunday morning, I received a message from a number that I had not saved in my contacts and it was Valentino Rossi! It was like winning twice!”

Earlier in the week, Max Biaggi also predicted that Rinaldi would a take a career-first podium before the season is done and that riding in an Independently run team was benefiting him and allowing him to grow in stature. One thing is certain though and that is that Rinaldi’s pace was simply unmatchable for the opposition in Race 1. In Race 1 from the Prosecco DOC Aragon Round, he was 7.4s behind the win yet in Race 1 of the Teruel weekend, he was a winner by 5.8s.

Watch the remaining three rounds of the 2020 World Superbike season unfold with the WorldSBK VideoPass!