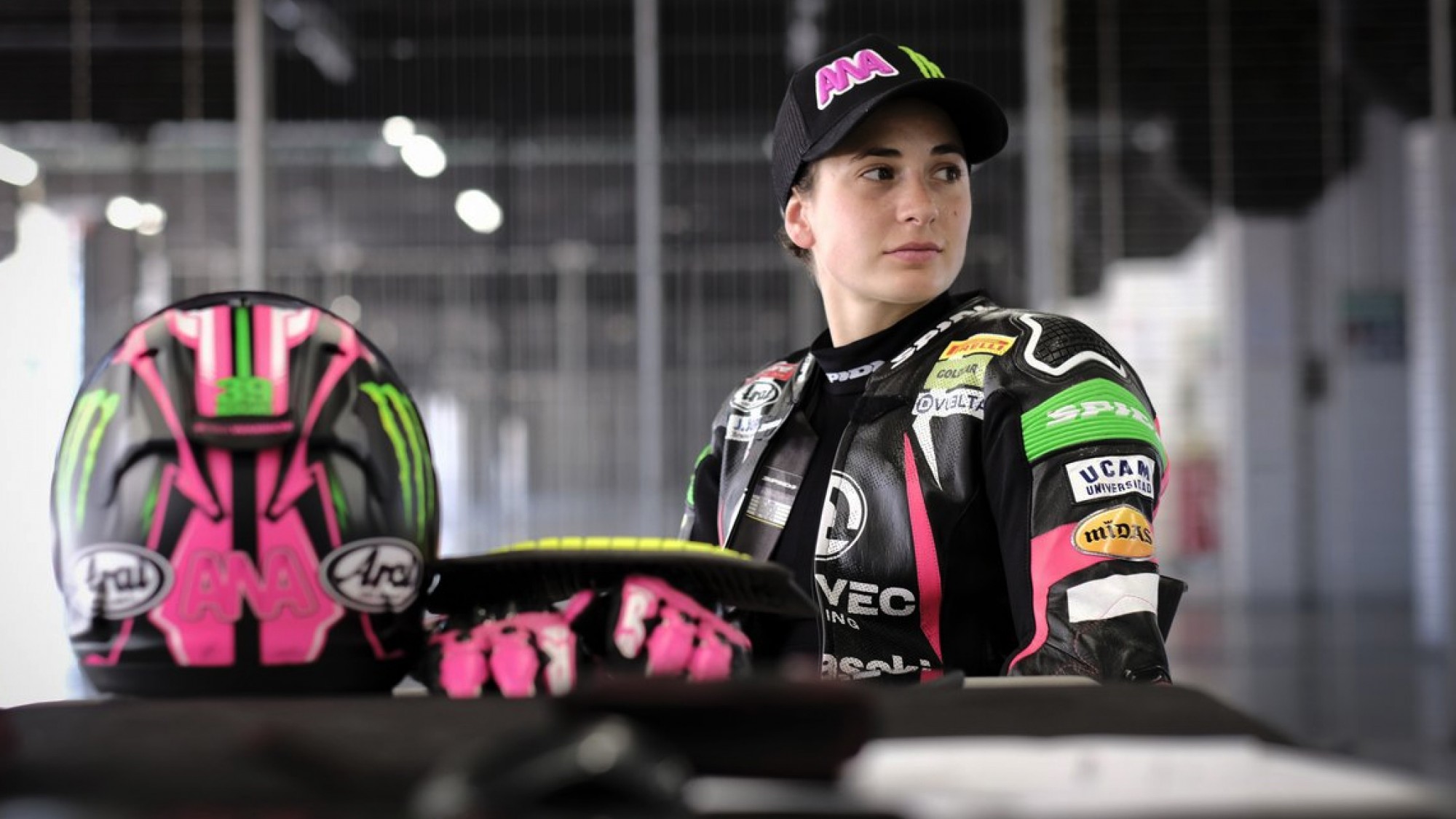 The 2020 MOTUL FIM Superbike World Championship heads to the Acerbis Catalunya Round at the Circuit de Barcelona-Catalunya for the first time but it will be without Ana Carrasco (Kawasaki Provec WorldSSP300). The Spanish star suffered a crash at the Circuito Estoril and will be out for the rest of the Championship and is looking at a three-month recovery period.

The medical team, Ana Carrasco and the Provec Racing team, after evaluating the results of the tests, have made the decision to perform surgery today, to stabilise the injuries produced in three vertebrae and thus allow a faster recovery. The operation will be carried out by Doctor Ubierna and her team, at the Dexeus clinic in Barcelona and if everything evolves as planned, in a few days Ana will be able to start walking and in a few weeks to start isometric exercises. The goal is that in about 3 months the Kawasaki rider can gradually incorporate into her professional activity, so Ana will not participate in any races for the remainder of the 2020 WorldSSP300 season.

Dr. Ubierna (Specialist in spinal trauma surgery), said: "Ana, suffered a fall on a motorcycle while testing at the Estoril circuit on Thursday, September 10. Upon entering DEXEUS on Friday, September 11, a CT scan was performed and We observed a fracture of the dorsal column, which partially affects the T3 vertebra and at the T4 and T6 levels affects the entire vertebral body causing a loss of height of approximately 50%. An MRI was also performed to assess neurological involvement and we detected a small displacement, 2mm, at the T4 level that invades the bone canal but does not affect the spinal cord.

Hello all! My move to Barcelona was perfect and I’m already in the best hands! Waiting for the results of the last tests and eager to recover as soon as possible! Thank you all for the amount of messages and support I'm receiving! We will come back stronger! pic.twitter.com/RSvZhAQFG6

“After evaluating it with Ana and her family and professional environment, the risk and benefit of the possible treatments are determined, and it is considered appropriate to perform surgery to stabilise the fractures and allow early mobilisation. The surgery will be performed under control of the spinal function at all times. We estimate that if everything evolves as expected in 48 hours, she could start sitting and walking and the idea would be to authorise her to start isometric exercises after three weeks. It is estimated that within a period of three months, she will be able to progressively incorporate into a professional activity. Once the healing of the fractures has been achieved, the removal of the implanted titanium material is planned."

Looking at it pragmatically with an open mind, Ana Carrasco commented on her situation: "This was definitely not the plan for this week, my idea was to race at my home race this weekend at the Circuit de Barcelona-Catalunya and continue fighting for the World Championship of WorldSSP300, but hey, falls and injuries are part of my job as a rider. For my part, the 2020 season is over and tomorrow I start my "2021 preseason", I want to thank all the people who have helped me. these last 5 days that are a lot and those that will do it in the coming months, all of them already know who they are and with all of them I count for next year, also the thousands of messages of encouragement that I have received and they help me a lot."

Everyone from Dorna Sports and the WorldSBK paddock wish Ana a full and speedy recovery.

Follow the inaugural Acerbis Catalunya Round in style with the WorldSBK VideoPass!