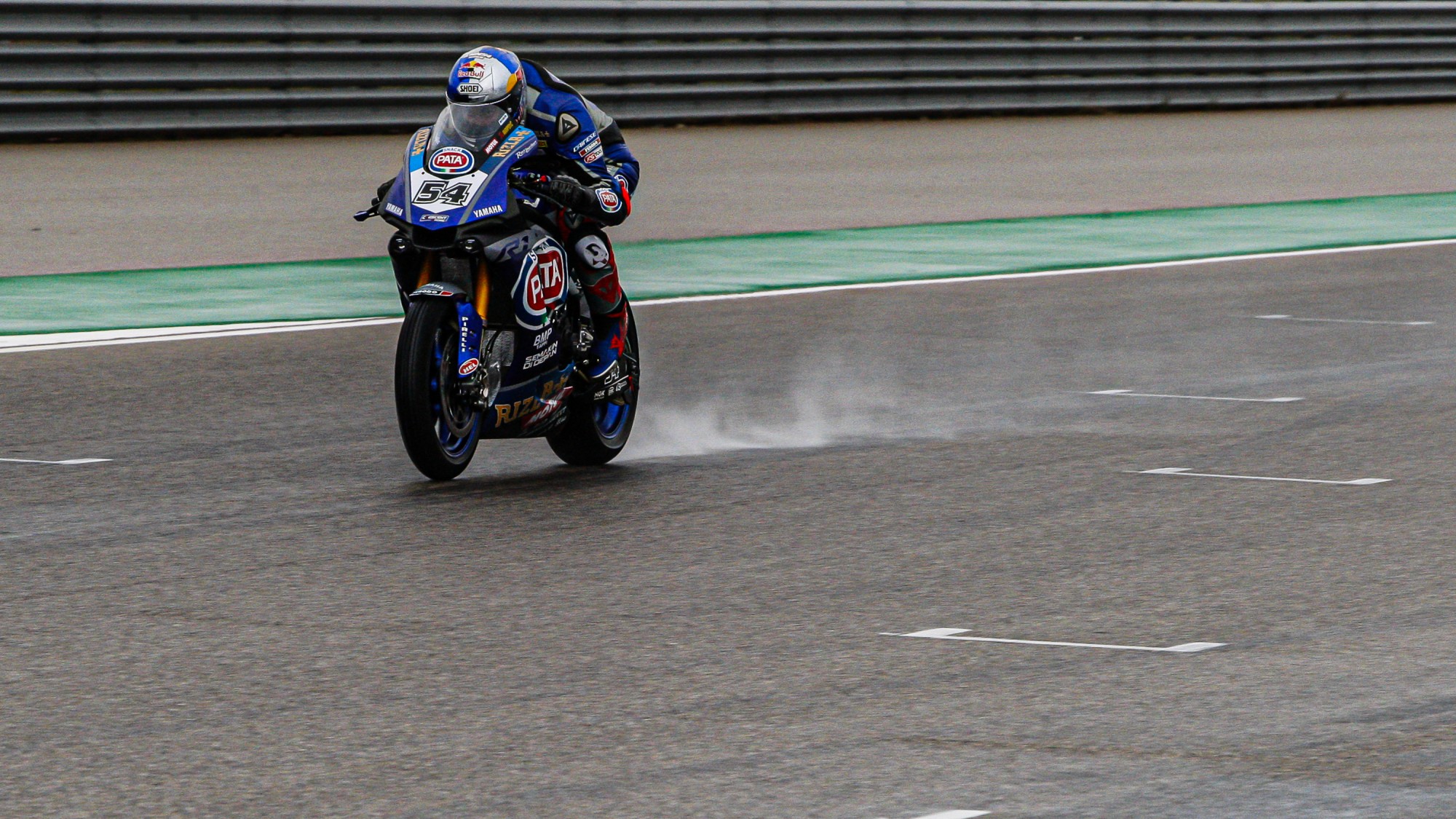 Day two of the MotorLand Aragon test has gotten underway in identical fashion to Wednesday: early rain, single-digit temperatures and a track drying up slowly as the minutes pass, which should lead to increased activity in the afternoon. For now, just four riders have taken to the Spanish track.

First out again on Thursday was WorldSSP300 star Ana Carrasco (Kawasaki Provec WorldSSP300), who has been eager to kickstart her fourth season in the series early, be it in damp or dry conditions. By 13:30 Local Time (GMT+1) she had put in 25 more laps, with a best time of 2’23.035.

Leon Camier (BARNI Racing Team) was the first WorldSBK rider to test the sodden tarmac. The morning didn’t quite go the Englishman’s way (despite sitting at the top of the standings at the time of publication), as he suffered a first fall on the Ducati V4 R at Turn 9. After an early examination at the track’s medical centre, Camier was later taken to the local hospital for further tests on his left shoulder.

Scott Redding was another Ducati rider eager to brave the rain, concluding a first 14-lap stint just after noon. The English rider has enjoyed limited running in wet conditions on the V4 R, and as such been hasty to get as much information as possible ahead of 2020. Should the track dry out, chassis and electronics will be an area he and Ducati target in the afternoon, as Redding confirmed yesterday.

Toprak Razgatlioglu (Pata Yamaha Official WorldSBK Team) was the only one of the Iwata brand’s riders to venture out in the morning, putting in just six timed laps before returning to pit-lane. With the 2020 YZF R1 not arriving until Jerez in two weeks’ time, much of the Turkish rider’s testing has revolved around learning the general nature of the bike, before going into details regarding the set-up.

Neither of the Kawasaki Racing Team’s riders have opened their account for the day, with Alex Lowes not expected out on track until the final three hours of practice. Jonathan Rea, meanwhile, may sit out today’s test due to the track conditions and focus all his attention on Jerez.

Follow all the updates from Day Two of the MotorLand Aragon test with WorldSBK VideoPass!