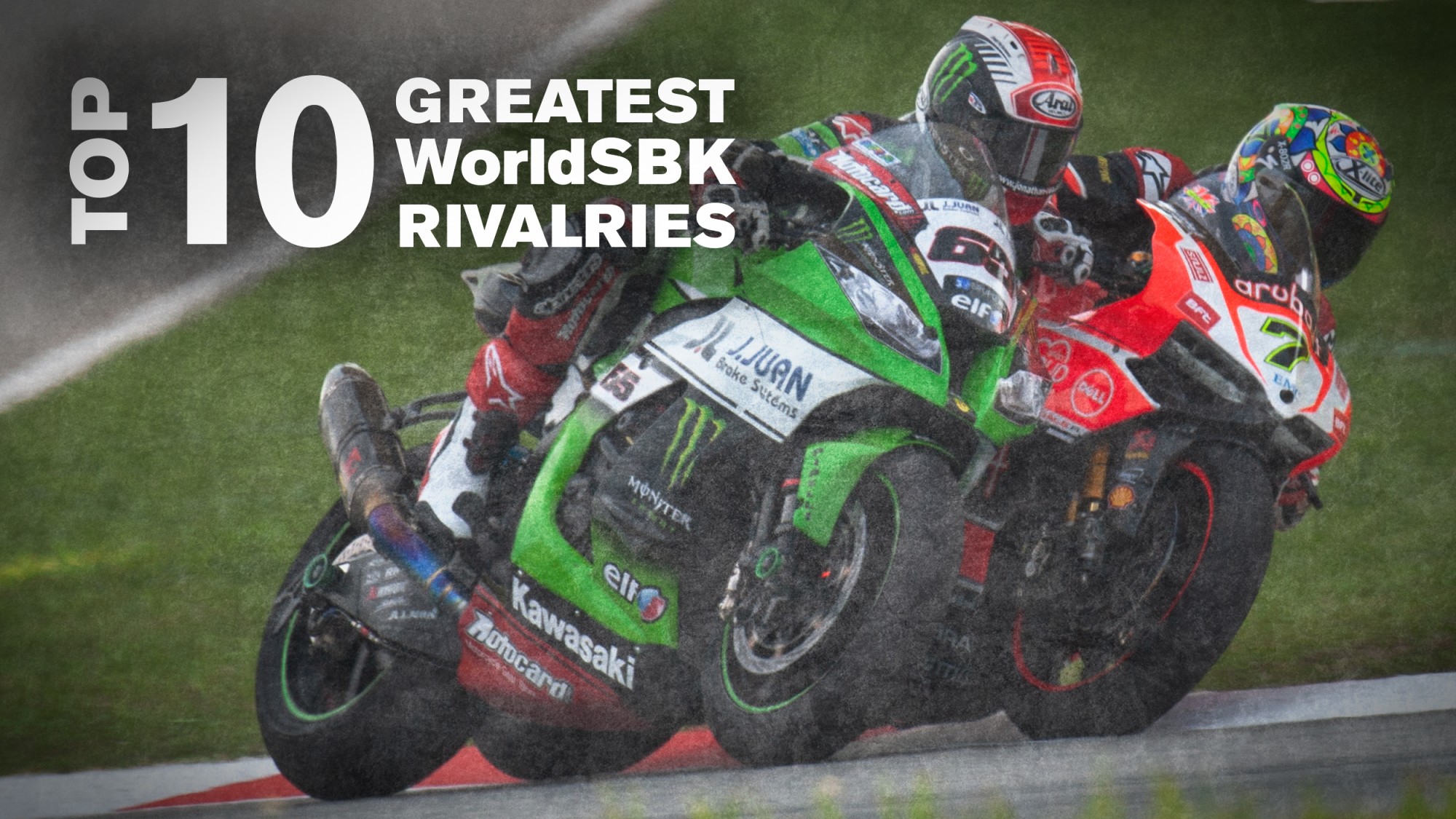 Going toe-to-toe with a competitor is never easy, but in the MOTUL FIM Superbike World Championship, rivalries are a dramatic aspect of racing. Having seen modern battles take place alongside renowned classics, there’s more of the same in Part 2 as we continue our search to find the greatest of all time. Don’t forget, if you missed Part 1, you can find it here!

After many battles before, it was Assen in 1998 where Carl Fogarty and Pierfrancesco Chili clashed hard. The penultimate round saw the adversaries battle hard and Italian Stallion Chili won Race 1, aiming for more in Race 2. However, at the final chicane, Foggy dived to the inside and all on his own, Chili crashed. Both would go on to have an intense confrontation on the slow down lap and in the post-race press conference; Chili lost his cool, his job for 1999 and a tilt at the 1998 crown…

Rarely crossing paths in their first spell together, Troy Bayliss and James Toseland’s rivalry began in 2006. The first race of the year at Losail saw them separated dramatically by just 0.088s. However, their most memorable year together would be 2007. A battle at Phillip Island, a duel at Donington Park and a final corner conundrum at Assen made for a thrilling title fight. Rivals on track and now both friends off it, Toseland and Bayliss formed a fierce but mutually respected rivalry.

3.) Battle of the attitudes: Fogarty vs Kocinski

Carl Fogarty had to hate his rivals to beat them; John Kocinski wasn’t afraid of fighting ‘King Carl’ and the rivalry exploded in the mid-90s. Tensions rose in The Netherlands in 1996 in a last lap fight, but by the time they reached Austria in ‘97, a rivalry boiled over like what’d never been seen before. “I thought, ‘I’m going to knock you off’” are the words Foggy has since said on the incident; he only took himself out as Kocinski struggled round at the end of Race 2. A turning point in the title which Kocinski went on to win, Foggy only finished runner-up and that’s how their rivalry ended.

2.) Quarrels and confrontation: Rea vs Davies

Since 2015, Jonathan Rea and Chaz Davies haven’t seen eye-to-eye. In the humidity of Malaysia in Race 2, Davies and Rea clashed in a last lap-last corner collision. Rea was denied the title as Davies barged to victory. 2016 hosted a season-long duel from the first round to the last, but 2017 saw the rivalry hit new heights. A final lap shoot-out at Aragon preceded a fiery Parc Ferme confrontation at Assen after Superpole. They’re not best friends and it’s unlikely to be change anytime soon.

Colin Edwards and Troy Bayliss had an era-defining rivalry in WorldSBK. 2001 saw battles like never before, most notably Race 1 from Monza, when they rubbed shoulders on the last lap. Bayliss would go on to take the crown but the #1 was “only on loan” from Colin Edwards. The tension ramped up for 2002 and made for the greatest season finale; the 2002 Showdown at Imola. An unbelievable comeback from Edwards saw the title race go to the final lap of the year, where the American reclaimed his crown; one of the most respectful yet hard-fought rivalries ever seen.

So which rivalry is the next one to make it onto the top ten list? Toprak Razgatlioglu and Jonathan Rea have already seen numerous final lap battles, whilst Scott Redding will also look to threaten the Ulsterman’s crown. Perhaps battles lines will be drawn again between Loris Baz and Tom Sykes, or will we see WorldSBK rookies take on the establishment in order to fight more than one rival?

Find out in the 2020 season with the WorldSBK VideoPass!