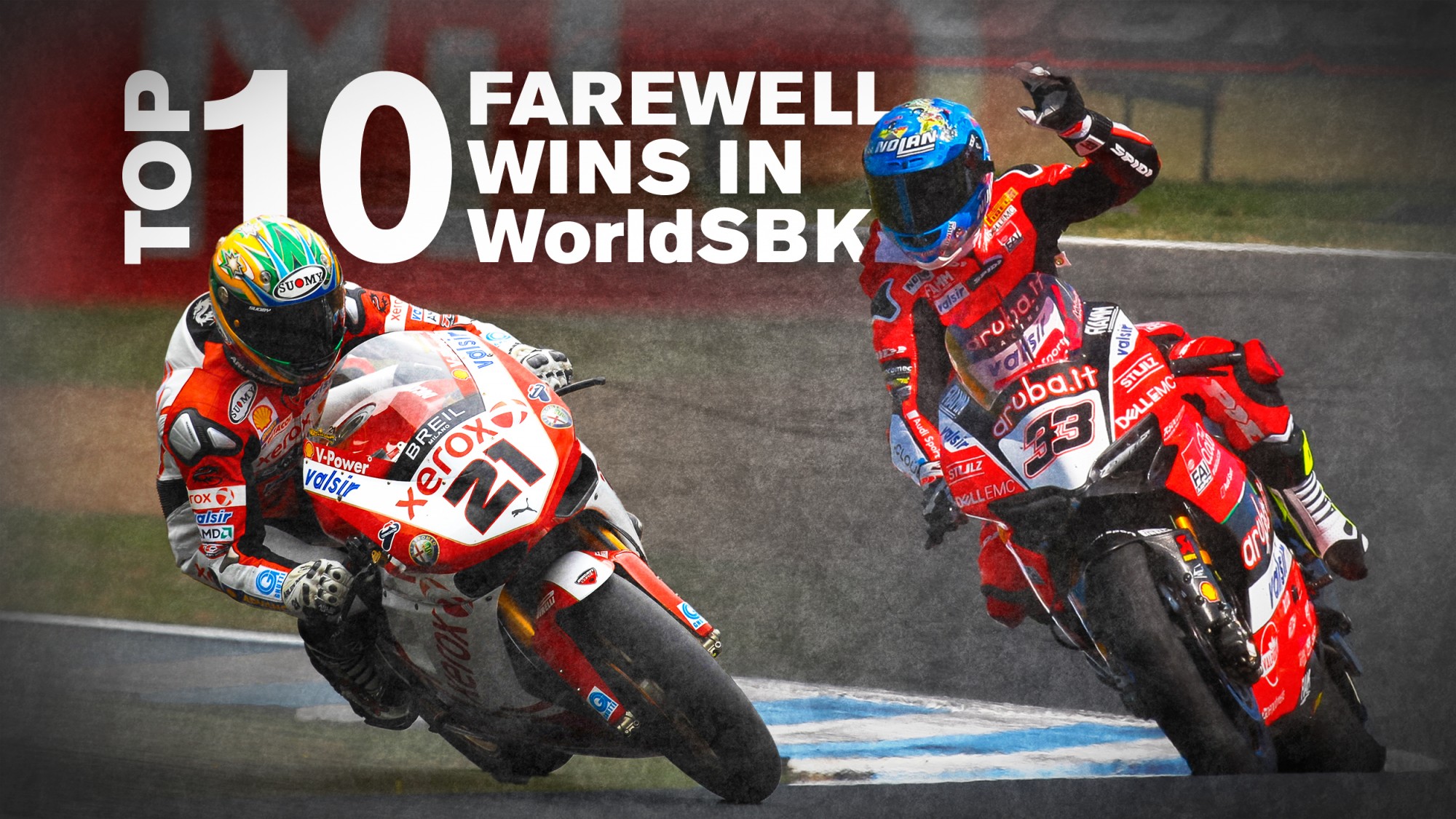 You don’t know it at the time, but the win you just celebrated could’ve been your last, like these…

As the 2020 MOTUL FIM Superbike World Championship continues to battle back to the track, we relive some of the most iconic moments in the Championship’s history. Following on from Part 1, we see which races make the top five for the greatest final win achieved by WorldSBK stars of the past.

In terms of style and closeness, last wins don’t come much better than Marco Melandri’s stunning Phillip Island showstopper in Race 2, 2018. Having won Race 1, Melandri left it until the final run to the line to slipstream ahead of Jonathan Rea to take one final victory. With a margin of 0.021s, it’s the closest on the list and secured Melandri the double that weekend, making him the first Italian on a Ducati since Pierfrancesco Chili at Kyalami in 1998 to achieve the double victory. Fair play, Marco.

24 years after the first and only French WorldSBK Champion, Sylvain Guintoli made his own piece of history, storming to the title in a dramatic final race of the 2014 season. The Aprilia factory rider came into the last race at Losail with a three-point deficit but knowing a win would secure him the title, “Guinters” flew to victory in Qatar, whilst long-time Championship leader and defending Champion Tom Sykes could only bring his Kawasaki home in third. Guintoli would never win again…

Pierfrancesco Chili is in the limelight and once again for Race2 at Misano back in 2004. Coming into the race as Championship leader, Chili made a bold move to start the race on an intermediate rear tyre, whilst rain continued pouring down. Dropping as low as 15th, he never gave up and with 11 laps remaining, he had 11 seconds in front of him. He passed a sideways Regis Laconi on the last lap to take his last victory; one of the best races in WorldSBK history, ‘Frankie’ was unstoppable at home.

At the time, it was his farewell ride, making this the ultimate hero’s send-off. Portimao came to the WorldSBK calendar for the first time in 2008 and despite an array of British wildcards – including Jonathan Rea – it was another legend of his time leaving the Championship. Troy Bayliss rode faultlessly in Race 2 to secure his 52nd and last win, coming home with a 3.6s winning margin ahead of teammate Michel Fabrizio. So long, farewell but in the end, we met again – unexpectedly in 2015!

The “Showdown of Imola” in 2002 is arguably one of the greatest comebacks of all time, greatest motorcycle races of all time and without doubt one of the most sensational final lap duels ever seen. However, unknowingly at the time, this would be Colin Edwards’ last win, not just in WorldSBK but in his motorcycle racing career. The frantic pace in the race for first place in the Championship in the last race of the season somewhat overshadowed the fact that Colin Edwards’ final victory came in the Championship-clinching race of that season – not at all a bad way to sign off from WorldSBK.

Don’t forget that the 2020 World Superbike season can be enjoyed in style with the WorldSBK VideoPass!