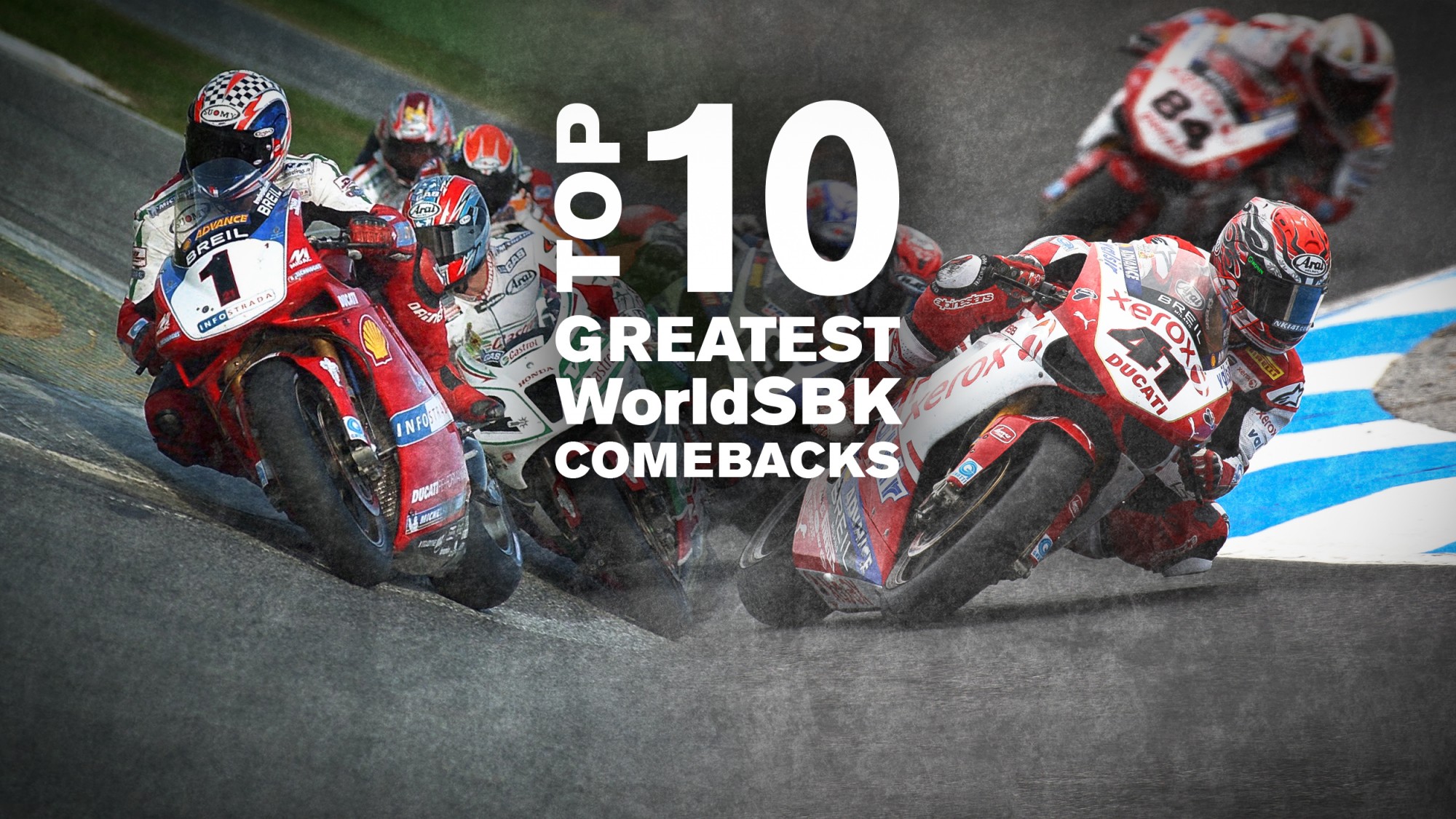 The pause in action of the 2020 MOTUL FIM Superbike World Championship allows time to reflect on thrilling WorldSBK races. It’s time to look at a variety of categories and rate some of the best races from each. With comebacks literally coming first, ‘never say never’!

The 1999 visit to Australia certainly served up a race for the ages. Leading at the start of the last lap, Troy Corser made a mistake just two corners from home and looked to hand victory to Carl Fogarty. The gritty Australian dug deep and on the run to home, it was Corser who snatched the win by just 0.005s. A heroic home win for Corser on ‘The Island’.

Five years separated Marco Melandri’s last World Championship level win and his next. Stepping across to WorldSBK, he was on the money straight away. Melandri played the long game from ninth on the grid and with just two laps to go, he hit the front and was finally back to winning. A comeback from grid position and a return to winning ways.

Blasting through from 13th and 14th on the grid, Noriyuki Haga and Max Neukirchner found themselves unlikely sparring partners on the final lap of the 2009 season opener. On the last lap, Neukirchner led but a moment at Lukey Heights allowed Haga through to win. From row four, Haga and Neukirchner took unsuspecting podiums.

In his second season at Aprilia in 2014, Frenchman Sylvain Guintoli overturned a 44-point gap in just six races and to clinch the WorldSBK title. Beating Tom Sykes, taking his only career double in the process and combined by the fact he only won five races throughout 2014, this race makes Guintoli’s comeback more admirable.

It’s one of the greatest motorsport races of all time, as Colin Edwards and Troy Bayliss went head-to-head in the final race of 2002 for the title. Edwards had the lead of the Championship going to the last race but was forced to fight until the last lap. Eventually, the “Texas Tornado” completed an amazing comeback, with nine consecutive wins in the final nine races of 2002.

Make sure you check back tomorrow (Wednesday, 8th April) for Part 2, where we will count down to the greatest comeback!

Enjoy 2020 WorldSBK with the WorldSBK VideoPass!