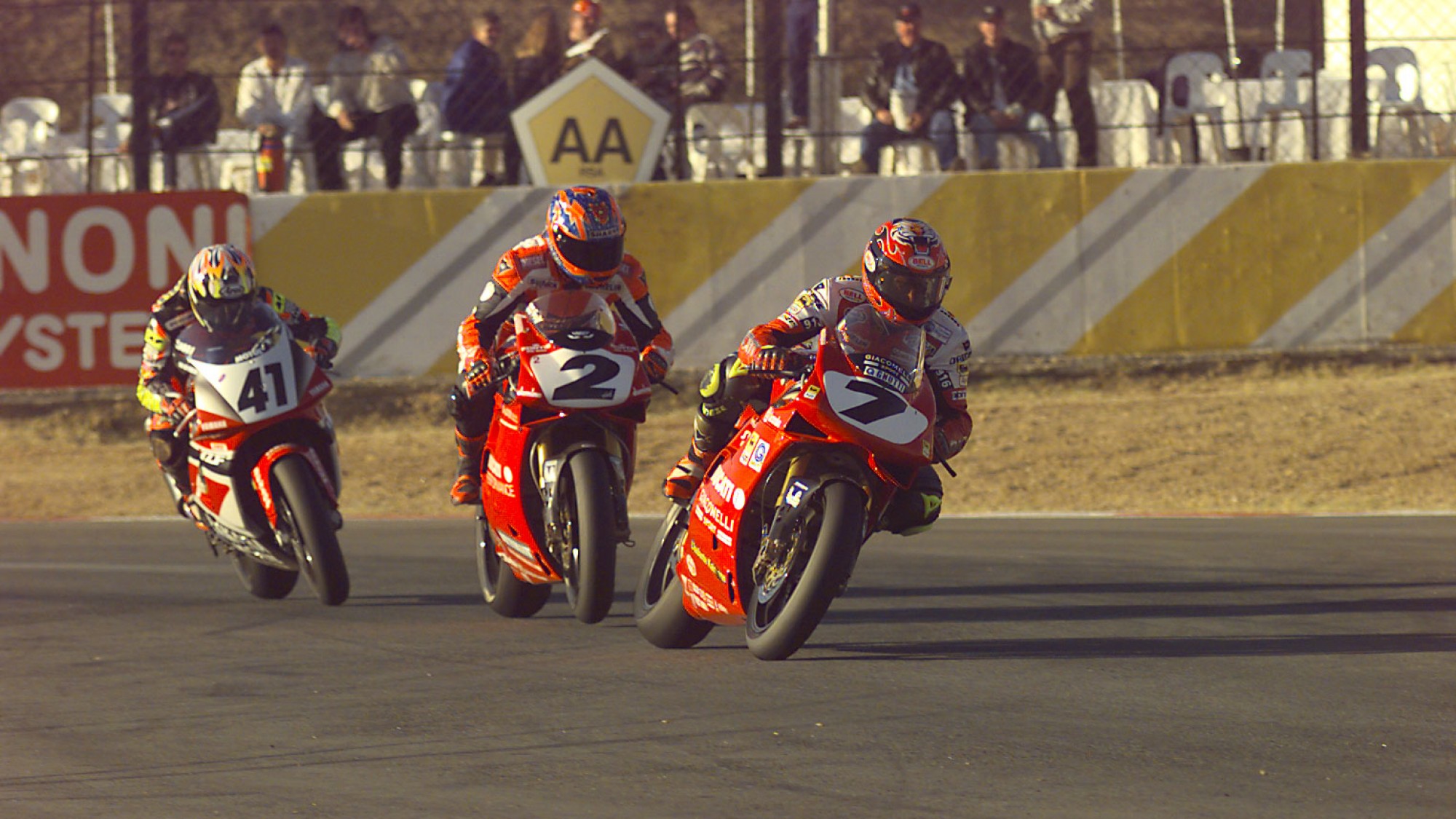 Little did we know that a humble achievement in 1989 by Alex Vieira would be so significant, nor did we realise Misano 2008 would be the final top-step triumphs for two WorldSBK stars…

The MOTUL FIM Superbike World Championship’s recommencement is getting ever closer but, in the week, ahead, there’s more anniversaries to be celebrated. Everything from last victories to Carl Fogarty’s birthday and Portugal’s only World Superbike win, the week ahead has important milestones waiting to be remembered across our Facebook, Twitter and Instagram channels.

Starting on June 29th, Ruben Xaus’ final win at Misano in Race 2 2008 brought an end to his winning career in WorldSBK. The same day was Max Neukirchner’s last win, both having contrasting stories. Neukirchner’s Race 1 win should’ve been the start of things to come, with it being the second of his career but a serious injury in 2009 never saw him return to the form he showed. For Xaus, it was one final hurrah, having been WorldSBK runner-up and multiple race winner. On the 30th June and the final day of the month, it will be seven years since Tom Sykes achieved the double at Imola.

July 1st sees Carl Fogarty celebrate his 55th birthday and also marks eight years since Marco Melandri and Max Biaggi ended their titanic battle at MotorLand Aragon. Biaggi won Race 1 whilst Melandri took Race 2, with the second outing seeing Chaz Davies take a first podium. For the 2nd of July, it is a throwback to the Osterreichring and Portugal’s only WorldSBK win with Alex Vieira in Race 1 of 1989, whilst Stephane Mertens took his first podium in a top four covered by less than a second.

On July 3rd and a year earlier, it was Fabrizio Pirovano and Malcolm Campbell who took their first podiums at the same circuit in Race 1, with Campbell’s being a first for Australia. The final moment of the week comes on July 5th with the 22-year anniversary of the first major sporting event in South Africa since Nelson Mandela came to power, with WorldSBK and a double win for Pierfrancesco Chili, his first and only double during his WorldSBK career.

Don’t forget to continue the build-up to the resumption of 2020 with the WorldSBK VideoPass!