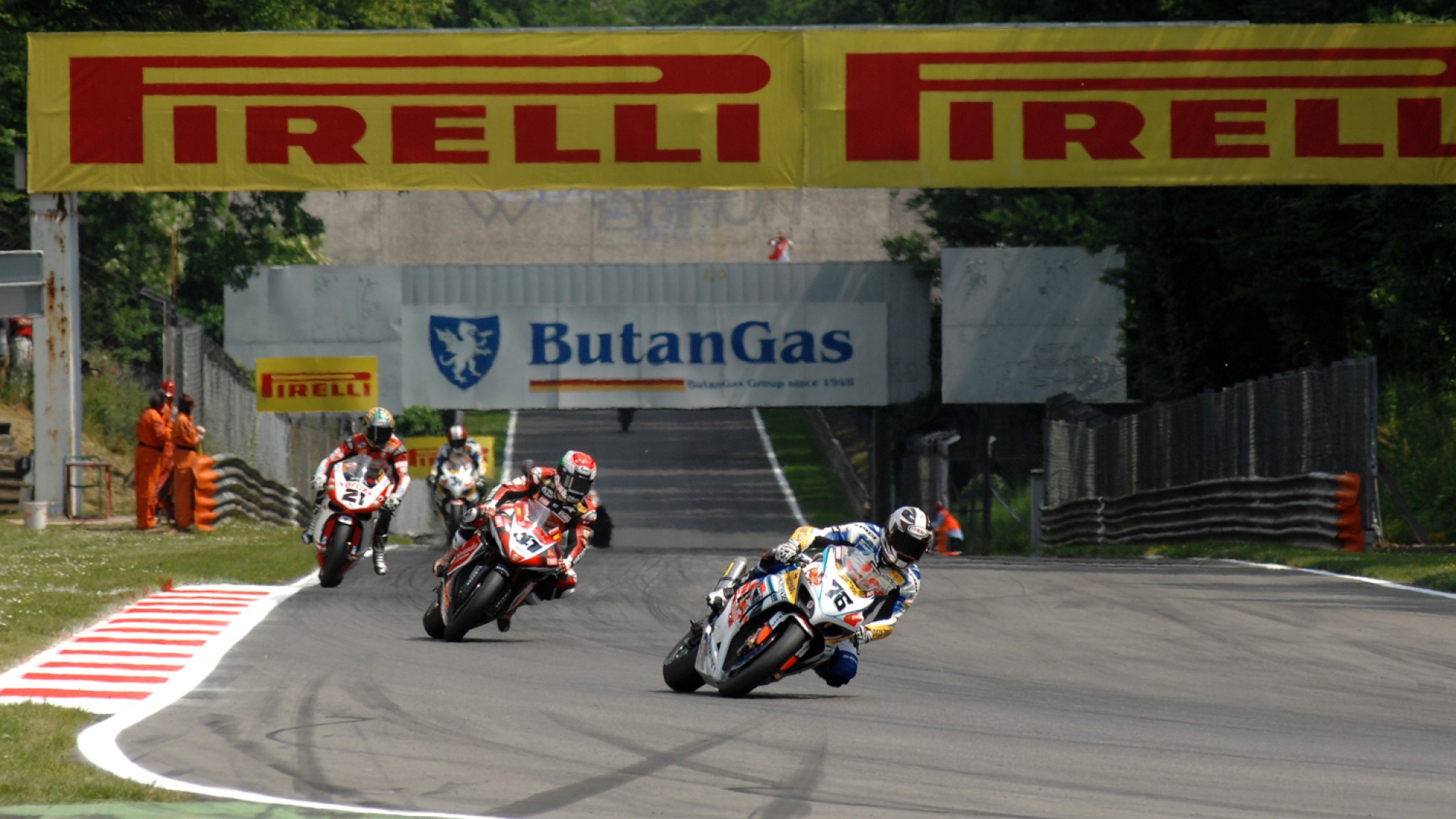 Big anniversaries of #Onthisday content will be relived as WorldSBK unearths more archives!

It is a new week for the MOTUL FIM Superbike World Championship and with 2020 action currently experiencing a pause, it is time to roll back the years and enjoy some classic WorldSBK action from years ago. This week, we take a look at some classic Monza battles celebrating their birthdays and more; below are some of the things you can expect to find on the WorldSBK social media!

On the 11th of May 2008, two iconic races would occur in WorldSBK; Max Neukirchner became the first German rider to win in WorldSBK in a crazy Race 1 at Monza, whilst Race 2 saw a classic encounter between him and Japanese duo Noriyuki Haga and Ryuichi Kiyonari. Going to the last run to the line with all three split by 0.051s, as Haga won and ‘Kiyo’ picked up his first WorldSBK podium.

On the 12th and 13th of May, WorldSBK runner-up Marco Melandri features heavily. On the 12th, he wins a titanic last lap battle at Monza, beating Eugene Laverty and Tom Sykes, whilst on the 13th, he beats Leon Haslam at Donington Park Race 1 in 2012, making for the first ever BMW 1-2, as well as their first ever win. On the 14th May, it is three years since Ducati’s and Chaz Davies’ last Imola win.

The 15th of May sees the four-year anniversary of the WorldSSP battle at Sepang between Zulfahmi Khairuddin and Ayrton Badovini, with the Malaysian rider denied home glory. It also marks 10 years of an iconic Jonathan Rea vs Leon Haslam battle at Kyalami, where Haslam came out on top. Kyalami offers up more classics on the 17th, with the final lap showdown of Haga vs Michel Fabrizio in 2009.

Get more WorldSBK action when 2020 resumes, as well as insights with the WorldSBK VideoPass!