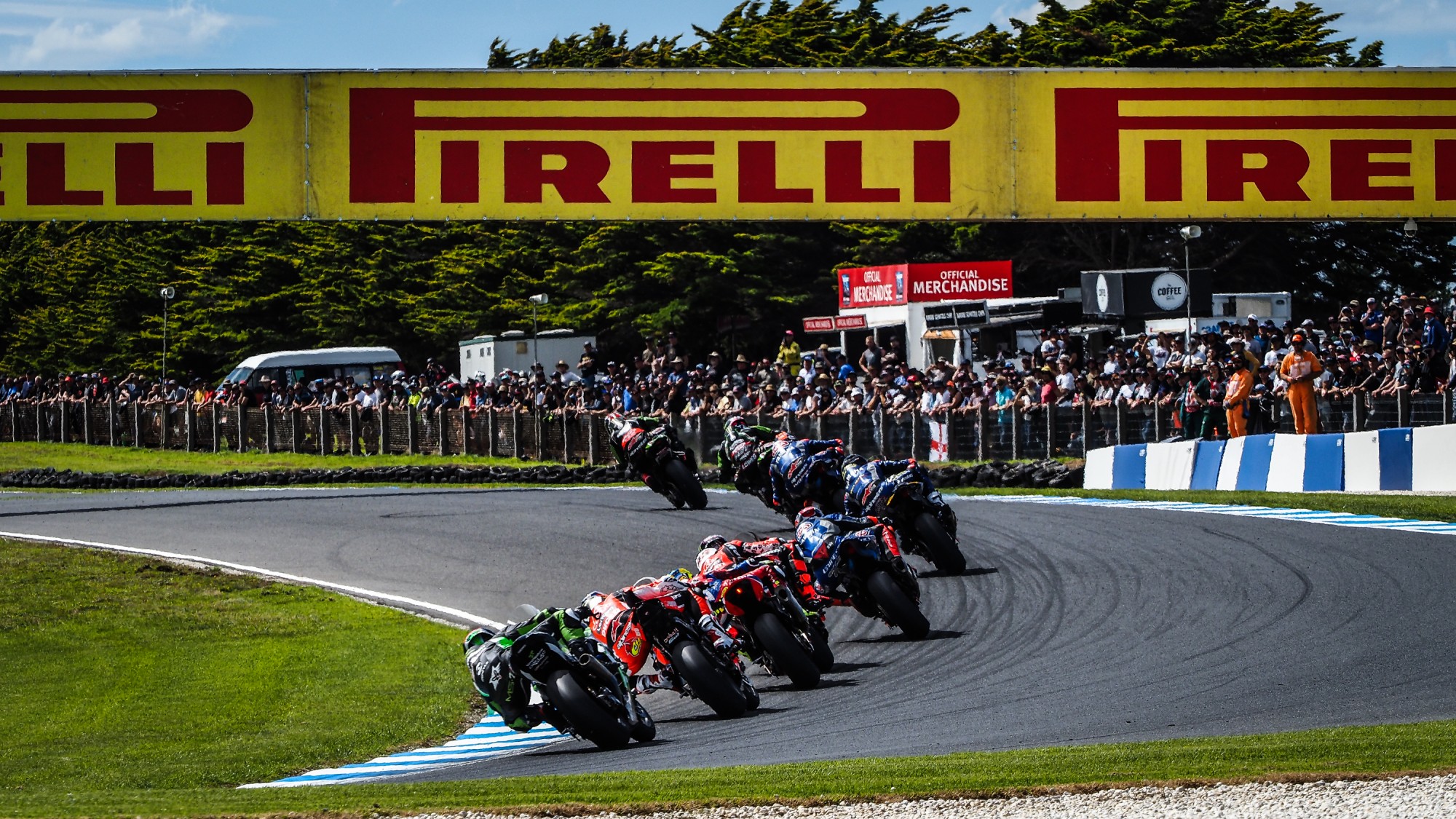 WorldSBK commentator Steve English looks back at one of the closest weekends in World Superbike history...

For much of Jonathan Rea’s (Kawasaki Racing Team WorldSBK) successes, he has been able to fight it out on one front. Facing only one rival he was able to home in on Tom Sykes, Chaz Davies or Alvaro Bautista. After the opening round of the year in Australia, will Rea be able to pinpoint any single rider to focus on? With three different winners and four riders standing on the podium, it’s unlikely.

With five manufacturers in the top five on the grid and seven riders leading a lap across the weekend, it would take a very brave gambler to pick out a single rival. Coming into the season, there was plenty of optimism that this year could be a classic for the Championship and nothing from Round 1 will dissuade that notion.

Coming into the year, there were 12 riders that all felt they could win a race this year. Obviously, some will win, and some will miss out but there was a confidence in the paddock that hasn’t been present in such quantity in years. This was a weekend where the WorldSBK paddock was lifted by the racing with teams from each manufacturer having reasons to believe this could be their year.

The headlines will be taken Toprak Razgatlioglu (PATA YAMAHA WorldSBK Official Team) and Alex Lowes (Kawasaki Racing Team WorldSBK) winning races. These are two riders with a target on their backs. Each had switched teams and that put pressure on their shoulders. Toprak had turned down advances from Kawasaki to instead move to Pata Yamaha and become a factory rider for the first time. Being a factory rider comes with an expectation to win with it. He spoke on Saturday about how important it was to return the faith that Yamaha had in him by winning races.

For Lowes it was a similar story. Despite finishing third in the standings last year, his signing with Kawasaki was met with scepticism. He silenced those doubts on his opening weekend with the team by winning Race 2.

It was much the same for Scott Redding who proved that he’ll be a contender all year. The Ducati rider was the only rider to take podiums in all three races and he showed a mature and intelligent style on the bike. For Michael van der Mark (PATA YAMAHA WorldSBK Official Team), this will be a weekend that he let slip through his fingers. Losing the balance of his bike due to grip issues, the Dutchman still walked away with three top five finishes.

For Rea, the challenge is now clear; you’re fighting on multiple fronts in the early stages of the campaign. We know that the five times World Champion can win from the front or from behind, but it remains to be seen what he does when he isn’t able to focus on one rival. There’s little reason to feel that anything will change from Rea in 2020 but it’s going to be interesting to see through the year.

At Yamaha, he’ll be up against Toprak and Michael van der Mark looking very strong Down Under. Loris Baz (Ten Kate Racing Yamaha) will also give plenty of food for thought. At Honda, the new Fireblade is a fire cracker and once its power band is tamed – it’s aggressive at the top end – Leon Haslam and Alvaro Bautista will come strong. Ducati will be competitive all season with Scott Redding while Chaz Davies (ARUBA.IT Racing – Ducati) now has an extra couple of weeks to contemplate his form in Australia. The BMW of Tom Sykes (BMW Motorrad WorldSBK Team) was competitive in Australia and if the tyre management can be taken care of, he’ll be strong.

There is one challenger left off that list; Alex Lowes (Kawasaki Racing Team WorldSBK). The Championship leader is sure to find some weekends harder than Australia but his calm, methodical approach mimicked Rea’s past approach to some rounds. Lowes will be beaten by Rea, but he’ll also win again. For Rea, the challenge outside of Kawasaki is easy to focus on but the internal battle will be interesting if Lowes goes to Jerez and has a strong showing.

In Race 1, we saw the knife edge that Rea can sometimes race under once the pressure builds or the red mist descends. He’s done a good job in recent years of curbing this but sometimes, it can boil over


Follow the unpredictable World Superbike 2020 season with the WorldSBK VideoPass!