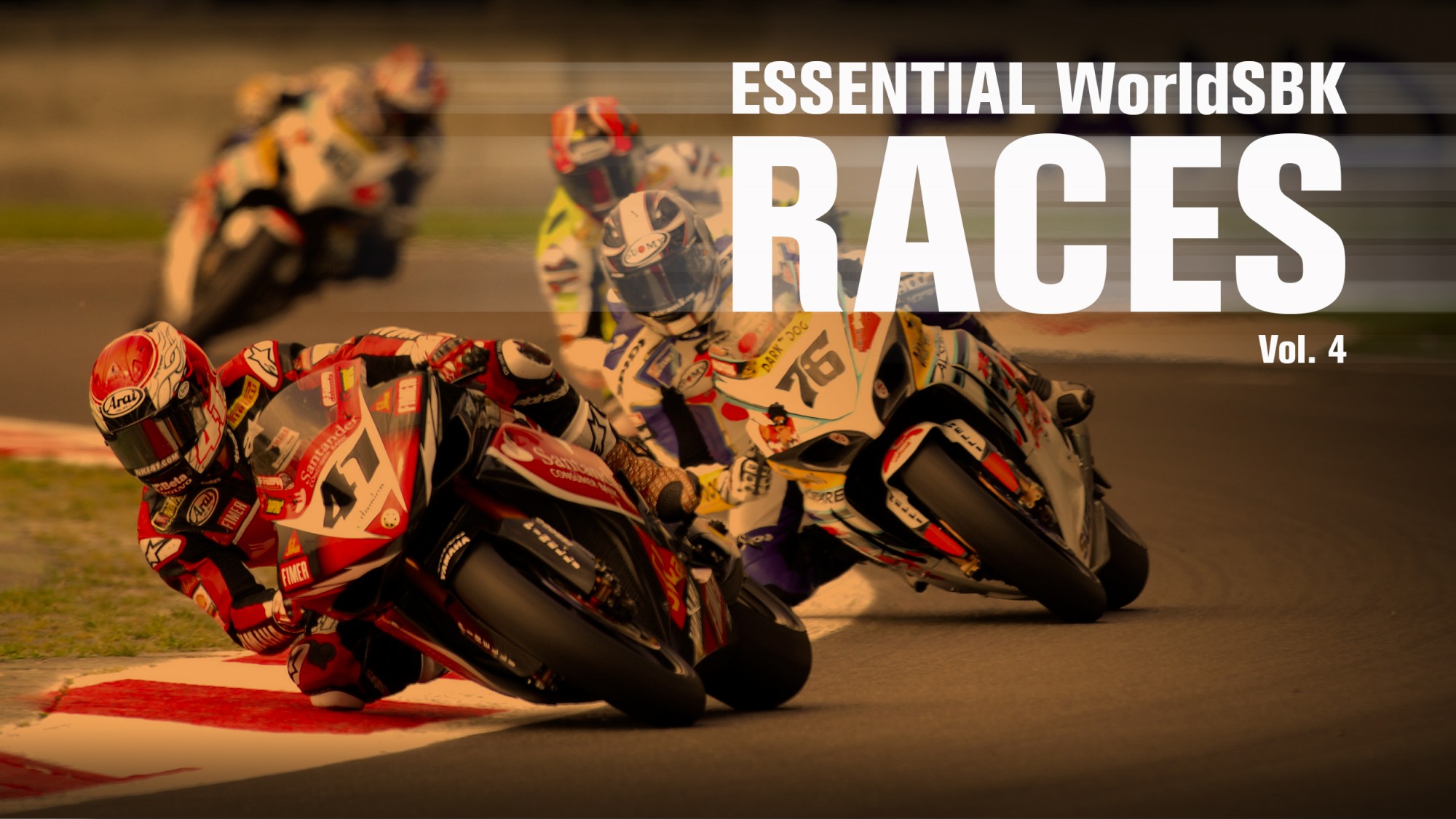 Volume 1 saw classic battles, volume 2 saw vintage rivalries and volume 3 saw more phenomenal WorldSBK action: now, volume 4 is ready to keep you locked to your screen. This edition starts in 2004 with the last win of Pierfrancesco Chili. Having gambled on tyre set-up, Chili stormed through the field and hit the front in the closing stages. Two years later and it is The Netherlands that gave Chris Walker his only race win, similarly, coming from last to first.

Race 2 at Monza 2008 was special for many reasons, as Noriyuki Haga took on Ryuichi Kiyonari and Max Neukirchner, whilst in 2013, it was another scintillating scrap for the lead in Race 2. The final race comes from Nicky Hayden’s only victory in Malaysia, with a wet Race 2 at Sepang seeing the rookie American storm to success.

Each win carried significant importance: Chili’s last win of his career at Misano 2004, Walker’s only WorldSBK victory and Ryuichi Kiyonari’s first WorldSBK podium at Monza in 2008. 2013 at Monza in Race 2 would prove to be the final WorldSBK race there, whilst Nicky Hayden’s first and last victory at Sepang also proved to be Honda’s last win to-date, as well as the last race for Sepang in WorldSBK.

Get volume five here and watch more thrilling action with the WorldSBK VideoPass!