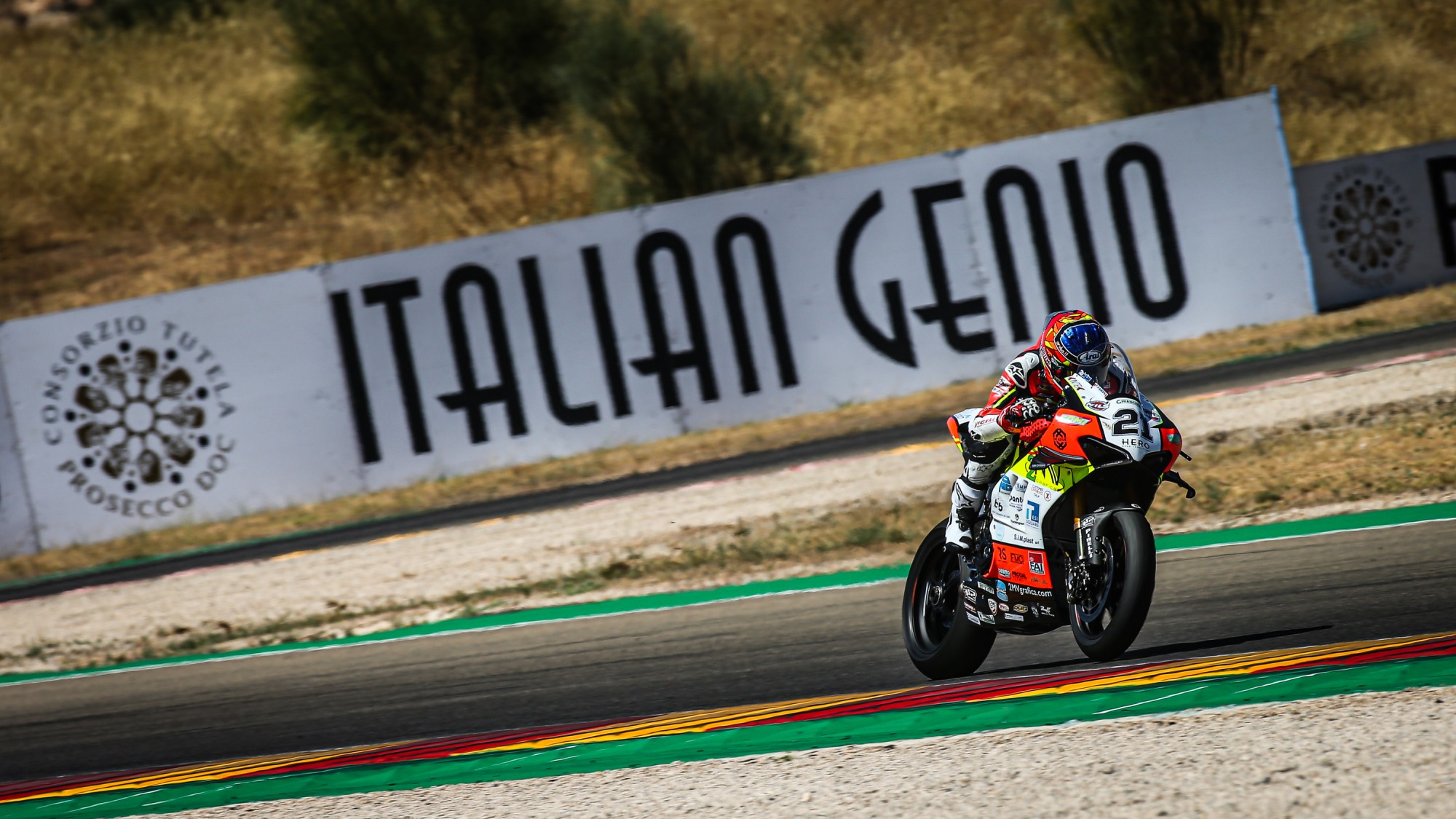 Michael Ruben Rinaldi has starred in recent rounds, but his talent has been on show since the early stages of his career

A new face stood on top of the MOTUL FIM Superbike World Championship podium at the Pirelli Teruel Round as Michael Ruben Rinaldi (Team GOELEVEN) secured his maiden WorldSBK victory as he took victory in Race 1 at MotorLand Aragon as well as securing two further podiums with third in the Tissot Superpole Race and second in Race 2.

It continues an incredible rise for the 24-year-old from Rimini, Italy, who started his career on the world stage in 2014 in the now-defunct European Superstock 600 Championship. His first season was a mixed bag of results; securing a best finish of fifth in his third race and a sixth-place finish later on in the season. In the seven races, Rinaldi finished outside the top 15 on three occasions with only two top ten finishes.

Rinaldi finished in second place in the Championship in 2015 having secured four pole positions, one win at Jerez and three further podiums on his way to second; Rinaldi only finishing outside the top ten on one occasion where he did finish races. In the 2015 season, Rinaldi finished behind only Turkish sensation Toprak Razgatlioglu (PATA YAMAHA WorldSBK Official Team); the pair now battling in WorldSBK.

A move up to European Superstock 1000 followed for Rinaldi and he started off the season in fine fashion, collecting two podiums in the first two races. It would be his only visit to the rostrum in 2016 but it helped him to a sixth-place finish in his debut campaign; as did four further top ten finishes.

Another season in STK1000 followed for Rinaldi and he took full advantage of his extra year of experience with five podiums in the first six races including three wins; the only non-podium finish coming at Donington Park where he retired from the race. Despite finishing the season with three finishes outside the top five, Rinaldi held on to beat Razgatlioglu to the title by just eight points.

A move to WorldSBK followed for 2018 for Rinaldi on the Ducati Panigale R for the ARUBA.IT – Junior Team where he showed his talent with seven top ten finishes and 12 points-scoring positions in the 16 races he competed at, having not competed in the first two rounds of the season at Phillip Island or Buriram.

Rinaldi switched teams for 2019 but stayed on board Ducati machinery, this time riding the Ducati Panigale V4 R for Barni Racing where he finished 13th in the Championship with 23 points finishes, securing a best finish of fourth in Race 2 at Jerez, a feat he would repeat a year later.

Another team change for Rinaldi came in 2020 when he switched to Team GOELEVEN, where he impressed from the start of the season in a heavily disrupted season; finishing ninth in the Tissot Superpole Race at Phillip Island after securing tenth in Race 1. When the season resumed at Jerez in July, Rinaldi continued to impress as he secured a fourth-place finish in Race 2, equalling his career best, before equalling that again at the Aragon Round.

His big breakthrough came at the Teruel Round where he scored his first victory in Race 1 before following that up with two further podium; including a second-place in Race 2 after valiantly withstanding pressure from five-time Champion Jonathan Rea (Kawasaki Racing Team WorldSBK) until the final few laps of the race.

Rinaldi dominated Race 1 for the Teruel Round to show he can pull away from the field but he also showed he can withstand pressure at the front two; holding off Rea without making any mistakes with Rea passing Rinaldi using a pace advantage after the two differed on tyre selection. After strong performances in 2020, what comes next for Rinaldi?