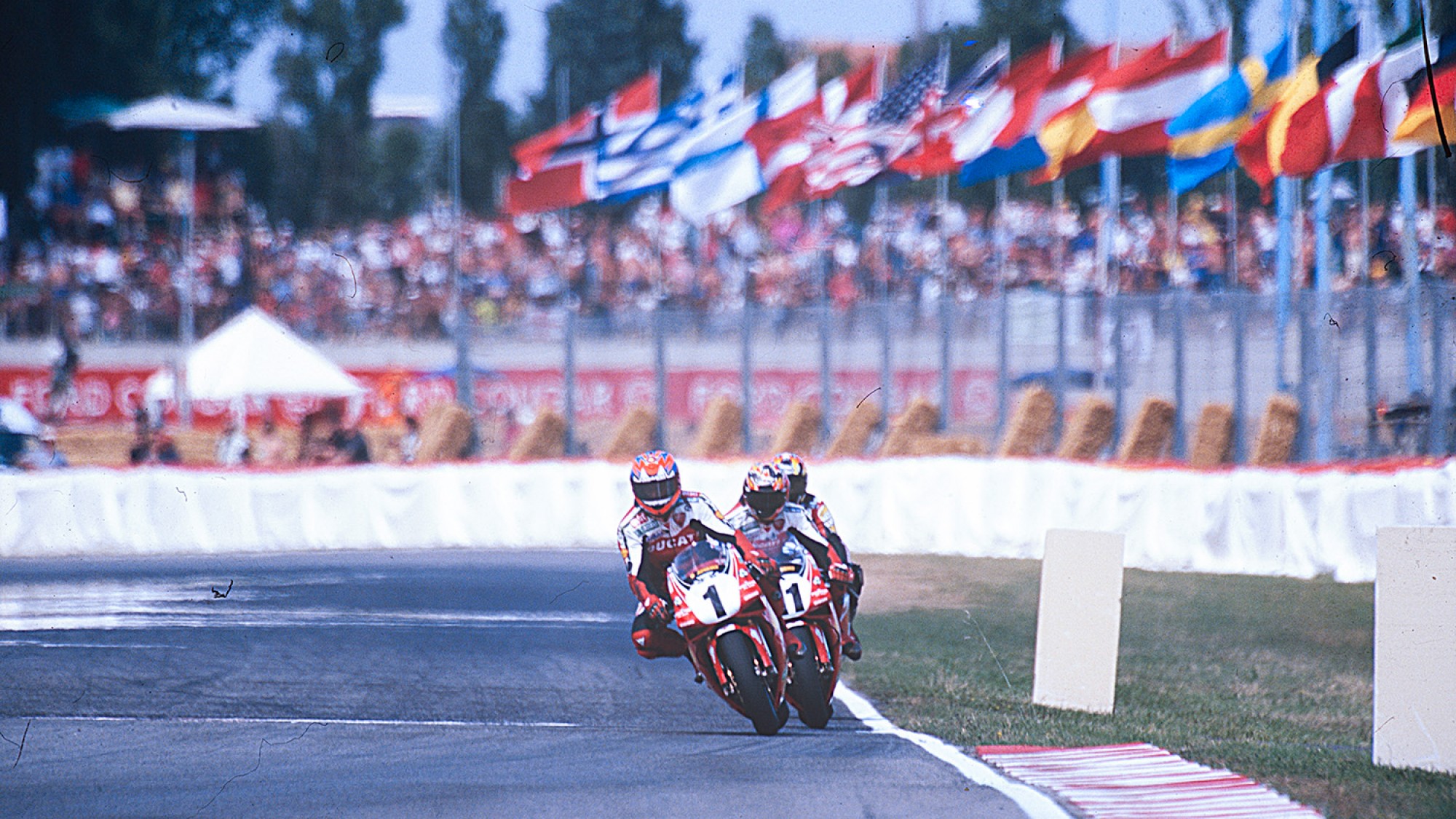 The slipstreaming battle of Monza in 1997 leaves a trail of final farewells and teammate battles in its wake, as we look ahead to a week of big birthdays from WorldSBK’s iconic moments

With the 2020 MOTUL FIM Superbike World Championship revving up for a resumption of battle at Jerez at the end of July, what better way to celebrate than with the closest podium of all time. This week’s WorldSBK anniversary celebrations takes us from Monza to Laguna Seca and places in between, as our Facebook, Twitter and Instagram channels get ready to rekindle more memories.

The 22nd June starts the week with the 1997 round from Monza, with Race 1 welcoming the closest ever podium finish of all time. John Kocinski and Aaron Slight slipstreamed their Hondas passed Ducati’s Carl Fogarty on the final run to the line, by a margin of just 0.008s. Misano beckons on the 23rd, with Jonathan Rea’s 75th career win coming in 2019, after a titanic final lap battling with Puccetti Kawasaki’s Toprak Razgatlioglu, who was denied a first win. The 24th welcomes Rea’s 125th podium after a Race 2 victory at Laguna Seca in 2018, whilst it will be Sylvain Guintoli’s 38th birthday.

It’s another magical Misano moment on the 25th June, with 14 years passing since Andrew Pitt’s first and only WorldSBK victory, ending a streak of eight races in which Troy Bayliss had been the man to beat. On the 26th June and a year earlier, Regis Laconi dominated at Misano to take a double win, with Race 2 proving to be the last time he won a WorldSBK race. Double WorldSBK Champion Max Biaggi celebrates his 49th birthday on the same day, whilst on the 27th, it’s a Misano battle to behold as Carl Fogarty defeated teammate Troy Corser in front of the home crowd. On the 28th June, it’s 11 years since Ben Spies’ last double win in WorldSBK with a Race 2 win at Donington Park.

Enjoy the 2020 World Superbike season in style and what classic battles unfold with the WorldSBK VideoPass!