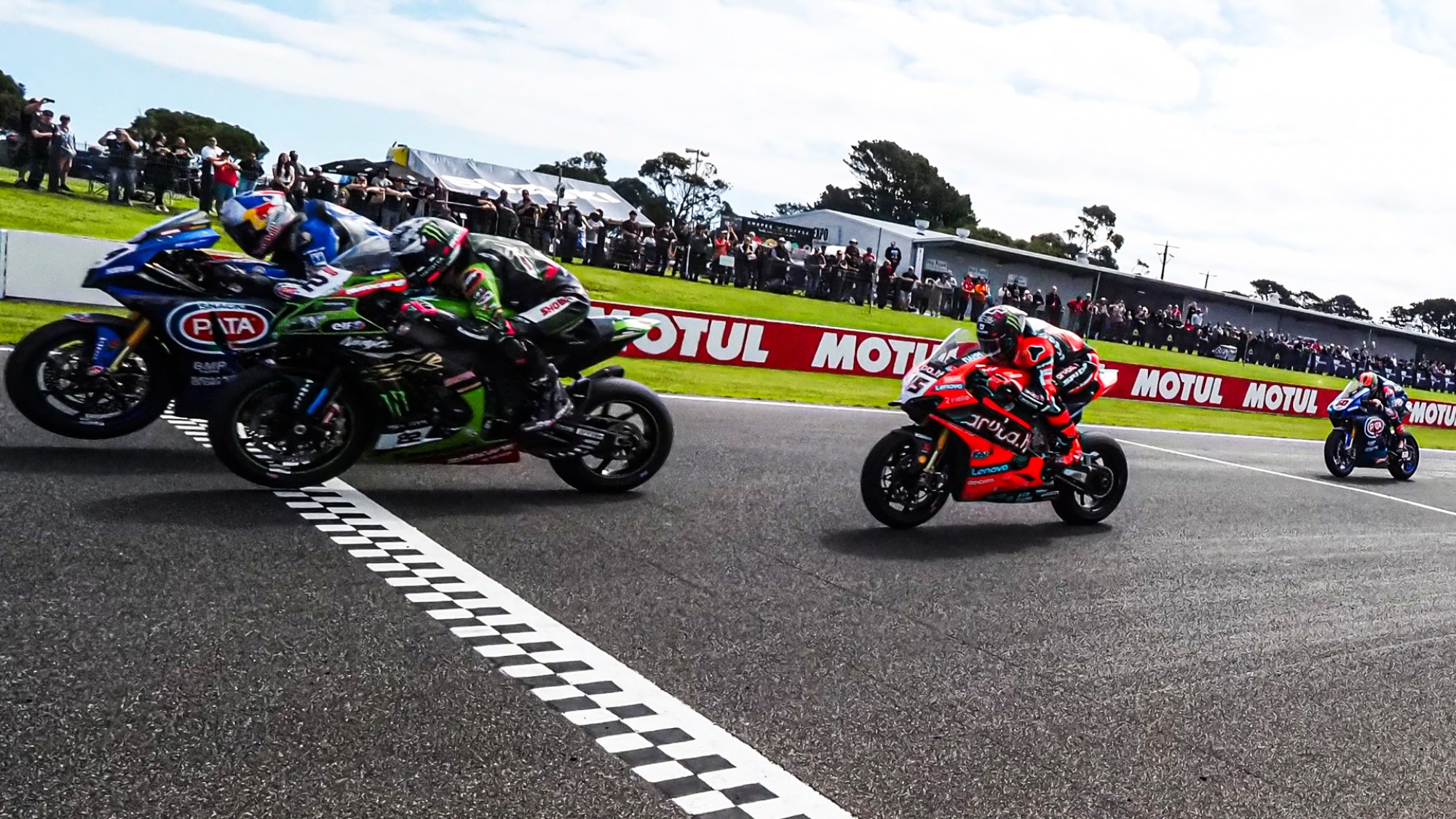 Race 1 of the 2020 WorldSBK season at Phillip Island produced 22 laps of scintillating racing, with the top three almost inseparable at the line!

It was impossible to tell who was going to take victory after the exhilarating opening race. A twitch from Razgatlioglu exiting the final corner meant all four riders had a shot of victory. The result was the closest finish this century between the top three! And it wasn’t just Race 1 that had close finishes – the Tissot Superpole Race and Race 2 were both decided on the line too.

You can watch more enthralling WorldSBK action with the WorldSBK VideoPass!