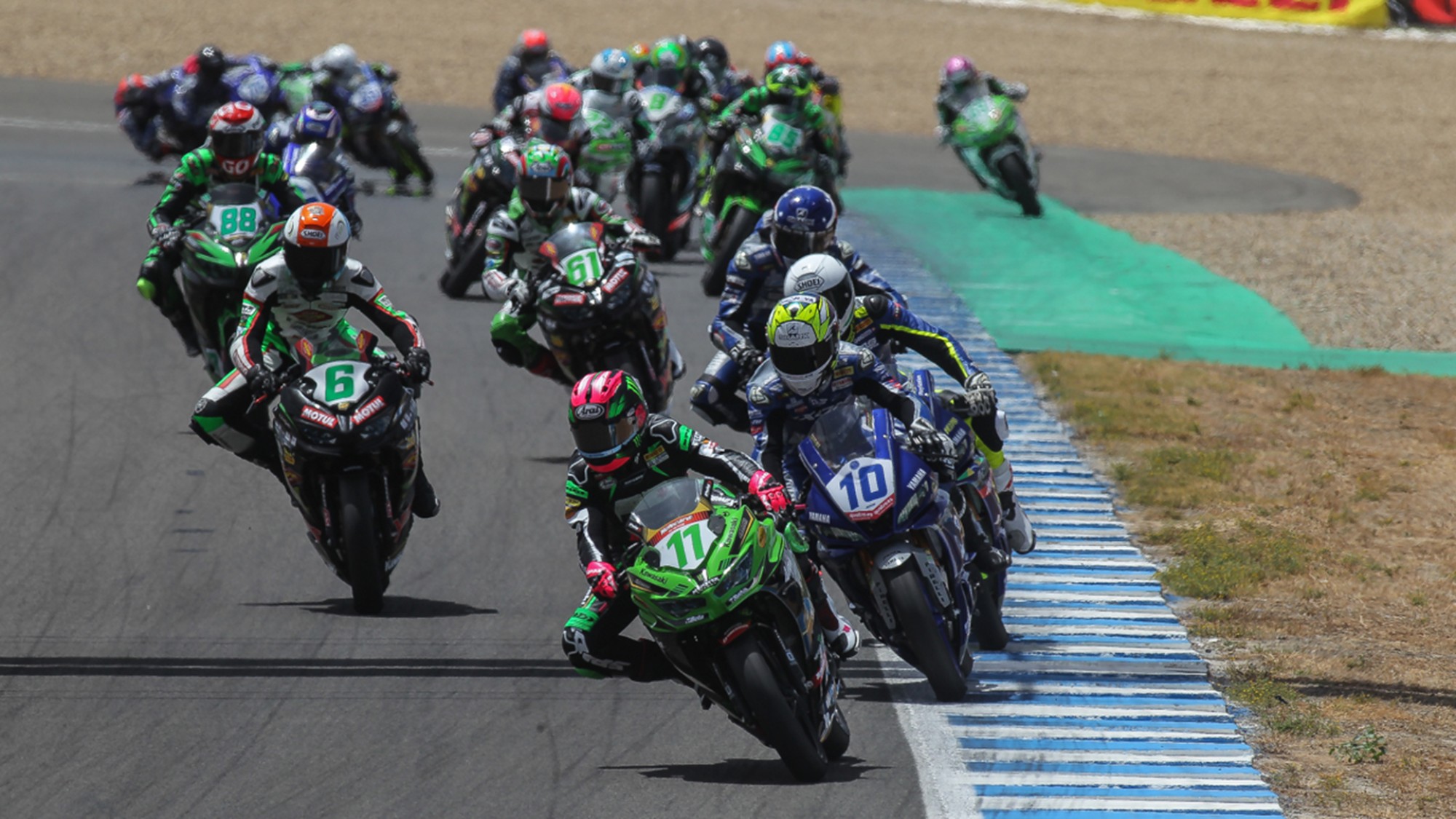 After two thrilling races at the Circuito de Jerez – Angel Nieto, FIM Supersport 300 World Championship moves to Portugal for the MOTUL Portuguese Round, the second round of the season for another two races as part of the new-for-2020 weekend format. The Portuguese Round, taking place at the Autodromo Internacional do Algarve after excitement and battles for the podium that lasted until the final corner in Spain.

The top five in the Championship are separated by just six points with Tom Booth-Amos (RT Motorsports by SKM – Kawasaki) topping the standings following his double podium finish in Jerez; the British rookie claiming a second and a third in the two 10-lap races after fighting his way through the field from 15th on the grid. Booth-Amos has competed at Portimao before, albeit not in WorldSSP300, when he was racing in Moto3™, finishing 27th out of 31 riders.

Currently lying in second place in the Championship is Bahattin Sofuoglu (Biblion Motoxracing Yamaha WSSP300) following his victory in Race 2 on Sunday. Sofuoglu, the nephew of five-time World Champion Kenan Sofuoglu, returned the famous name to the top step with victory in the sixth WorldSSP300 race he has started. The Turkish rider has competed in Algarve twice before in WorldSSP300, finishing 17th in 2018 after battling his way through the field from 34th on the grid, and retiring from the race in 2019.

Unai Orradre (Yamaha MS Racing) is third in the Championship after the first two races of the season; the Spanish rider claiming victory in the first race of 2020 after a battle in a lead group of nine riders looking to make their mark early in the season. The 16-year-old competed in WorldSSP300 at Portimao in 2019, finishing 16th after starting the race two places higher. Confidence will be high for Orradre heading to Portugal after scoring two points finishes to start the season.

Heading into Portugal in fourth place is Ana Carrasco (Kawasaki Provec Racing) following her podium in Race 2 at Jerez. Carrasco was fighting for top honours in Race 1 but a last-corner, last-lap coming together meant she had to run wide at Turn 13 and lost ground; eventually finishing in seventh place. Portimao has been good for Carrasco in recent years with a win in 2017 and a third place in 2019; a tenth-place finish in 2018 means she has finished in the top 10 every time she has competed at Portimao in WorldSSP300.

The rider from Murcia is tied in the Championship on 29 points with long-term WorldSSP300 rival Scott Deroue (MTM Kawasaki MOTOPORT) picking up a third and fourth on his way to fifth in the standings. The Dutch rider goes into Portimao with two consecutive wins at the Portuguese circuit having claimed victory in 2018 and 2019 in World Supersport 300 and will be looking to continue this hot streak at the Algarve circuit.

Thomas Brianti (Prodina Ircos Team WorldSSP300) lies sixth in the Championship after a strong return to the Championship; the Italian having competed in one WorldSSP300 race in 2018 before returning for 2020. The 17-year-old scored a fifth and a ninth in Jerez and will be looking to continue that impressive form into the MOTUL Portuguese Round at Portimao.

A lot of riders showed impressive pace during the two races at Jerez, including Meikon Kawakami (Team Brasil AD 78); the Brazilian scoring an incredible pole position on his class debut by 0.863s from Orradre. The Tissot Superpole session was a rollercoaster for Kawakami as he suffered a crash during the session, but his time was enough to secure pole; the Brazilian declared fit to race following his crash. Hugo de Cancellis (Team TRASIMENO) was running in the lead group throughout Race 2 but a five-second time penalty for exceeding track limits meant he finished in 10th place. Koen Meuffels (MTM Kawasaki MOTOPORT) had to fight his way through the Last Chance Race to make it on the grid for Race 1 and Race 2 before a sensational ride in both races to finish 15th and 16th; claiming a point after a disappointing day. Meuffels has two podiums and a win in his WorldSSP300 career and will be hoping to avoid the Last Chance Race as World Supersport 300 heads to Portugal.

You can follow the WorldSSP300 action throughout 2020 using the WorldSBK VideoPass!