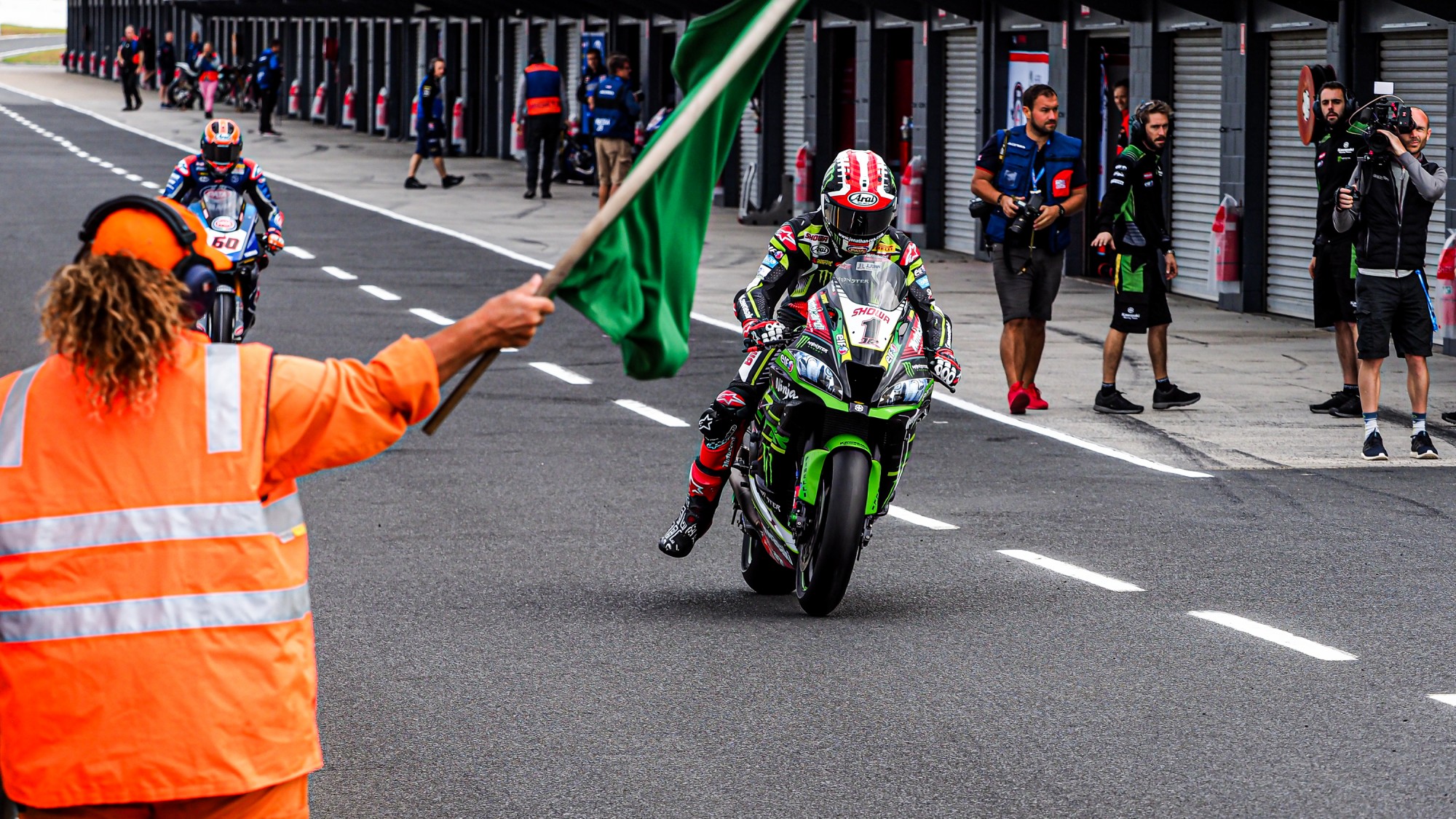 The new season really is within touching distance of firing into life, with the 2020 World Superbike field taking to the dramatic Phillip Island circuit for one more pre-season test

It was a Yamaha onslaught at the most recent test at Portimao, with Toprak Razgatlioglu leading the way come the end of play. Finding a breakthrough solution with the Q tyre at Portimao, Razgatlioglu now looks like a threat in Superpole as well as the races. Teammate Michael van der Mark concluded the Portimao test in fourth and was just over 0.6s off his teammate at the top of the standings. Both riders have been on the 2020 bikes, hailing aerodynamic improvements made for taller riders.

Scott Redding made strides at Portimao and was looking on course to finish both days on top before Razgatlioglu pipped him to the post. The Brit has been working away on rear-end grip and hopes that Phillip Island – one of his favourite circuits – can confirm his and his team’s findings. Chaz Davies (ARUBA.IT Racing – Ducati) also made gains at Portimao and finished fifth overall. Ducati as a manufacturer have won the last five WorldSBK races in Australia and will look to continue their dominance Down Under into the new decade.

The Kawasaki Racing Team WorldSBK didn’t feature at Portimao and instead, took to the Circuit de Barcelona-Catalunya for a private afternoon of testing. However, when they were with the opposition, it was Jonathan Rea who topped the timesheets at Jerez. His 2020 teammate, Alex Lowes, has also been on the pace, enjoying crucial wet weather running at Jerez whilst also taking to the Barcelona-Catalunya track for the first time. Both riders hope to utilise the testing days at Phillip Island to return to the top Down Under come the race weekend.

Going into the Phillip Island Test, BMW’s S1000 RR has been transformed since the start of 2019. Tom Sykes (BMW Motorrad WorldSBK Team) and teammate Eugene Laverty head to Australia after strong testing in Portugal, working with the chassis set-up, braking strategies, electronics and more. Sykes is keen to start his season with a podium, whilst Eugene Laverty’s last win came at ‘The Island’. The Official Test gives both riders two days of track time in order to refine parts ahead of racing.

The final factory team at the Phillip Island Test is Team HRC, fielding 2019 runner-up Alvaro Bautista and 2010 runner-up, Leon Haslam. Both riders go well around Phillip Island, with Bautista storming to a hat-trick in 2019. Keeping their development secretive has added intrigue about the CBR1000RR-R ahead of the new season. However, Haslam topped day one of a wet Jerez before finishing sixth in the dry at Portimao. Can the Japanese manufacturer shine again in Australia?

Independent teams will join their factory counterparts for the Phillip Island Official Test, with Loris Baz (Ten Kate Racing Yamaha) leading the way. The Frenchman was third on the final day is set to take to Phillip Island for the first time with Yamaha. Other Independent Yamahas include Garrett Gerloff (GRT Yamaha WorldSBK Junior Team), who makes his Phillip Island debut during testing. His teammate Federico Caricasulo was quick in testing and hopes to build on that. In all, the five Yamahas on the WorldSBK grid all packed out the top ten in Portimao testing back in January.

Remaining Independent teams include Kawasaki Puccetti Racing, who were the best Independent team for 2019. They’ve got best Independent rider from 2018 Xavi Fores for 2020 and are hoping to make more progress. Leon Camier (Barni Racing Team) will also be back out on his Ducati, whilst Michael Ruben Rinaldi (Team Goeleven) completes the Ducati presence. Max Scheib (Orelac Racing VerdNatura) will be in action at Phillip Island for the first time, as will Takumi Takahashi (Mie Racing Team), with the latter not featuring during any pre-season tests.

Follow the 2020 World Superbike season right from the first round with the WorldSBK VideoPass!