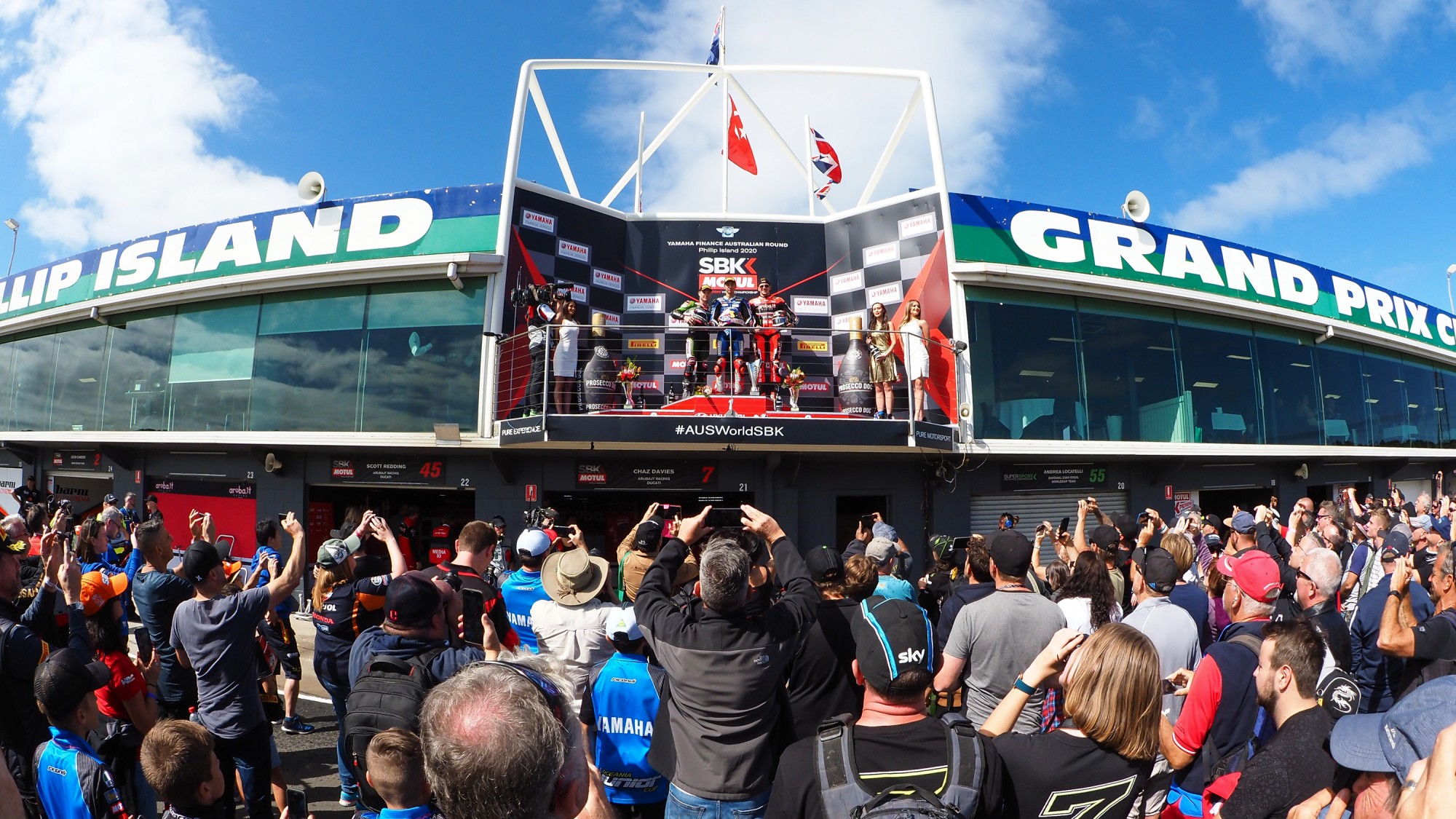 From Phillip Island in 1990 to the same venue 30 years on and classics in between, close battles are in our DNA…

After the second-closest podium of all time at Phillip Island in Race 1, the MOTUL FIM Superbike World Championship is ready for more action at Jerez at the end of the month. However, what other classic races make up the top five closest podium finishes in WorldSBK history? With classic action from Monza, Phillip Island and Assen, three iconic circuits give five of the very best finishes.

In 1997, it was all about WorldSBK Race 1, when Carl Fogarty, Aaron Slight, John Kocinski, Simon Crafar and Scott Russell go head-to-head in a thrilling encounter. Onto the front straight on the drag race to the line, ‘Foggy’ was leading but Honda power swept ahead, with John Kocinski and Aaron Slight nabbing the Brit, with the podium covered by just 0.008s for the closest top three in WorldSBK history.

The thrilling season-opener at Phillip Island in 2020 will be spoken about for many decades to come, as it confirmed that the new season really is as unpredictable as all the hype made it out to be. On the run to the line, Toprak Razgatlioglu (PATA YAMAHA WorldSBK Official Team) was able to hold off a late surge from Alex Lowes (Kawasaki Racing Team WorldSBK) and rookie Scott Redding (ARUBA.IT Racing – Ducati).

Monza was always special for World Superbike and once again, it was the Italian circuit that provided a thrilling finish to Race 2 in 2008. A Japanese duel between Noriyuki Haga and rookie Ryuichi Kiyonari went down to the final corner, with Max Neukirchner watching on in third. On the run to the line, not one rider finished in the same position that they were in when they entered the Parabolica. Classic Monza; Classic WorldSBK; heroic Haga!

Phillip Island has always been home to close finishes but in 1990, it came onto the calendar for the first time and made history with the closest podium ever at the time. Home hero Rob Phillis charged to his first WorldSBK win, beating fellow countrymen Peter Goddard and Malcolm Campbell. 30 years on and Phillip Island still provides that same, close-quarter racing that it initially gave.

A tricky year at Honda had left reigning double WorldSBK Champion Carl Fogarty out of contention for a third consecutive title. However, ‘Foggy’ was always able to perform at Assen and in 1996, the strong contingency of travelling British fans got what they came for. Despite nemesis John Kocinski passing at the final chicane on the last lap and a late charge from Troy Corser, Fogarty charged ahead on the run to the line and used his Honda power to propel him to victory, giving Honda their 25th WorldSBK win.

Watch more classic WorldSBK action and the remainder of the scintillating 2020 season with the WorldSBK VideoPass!