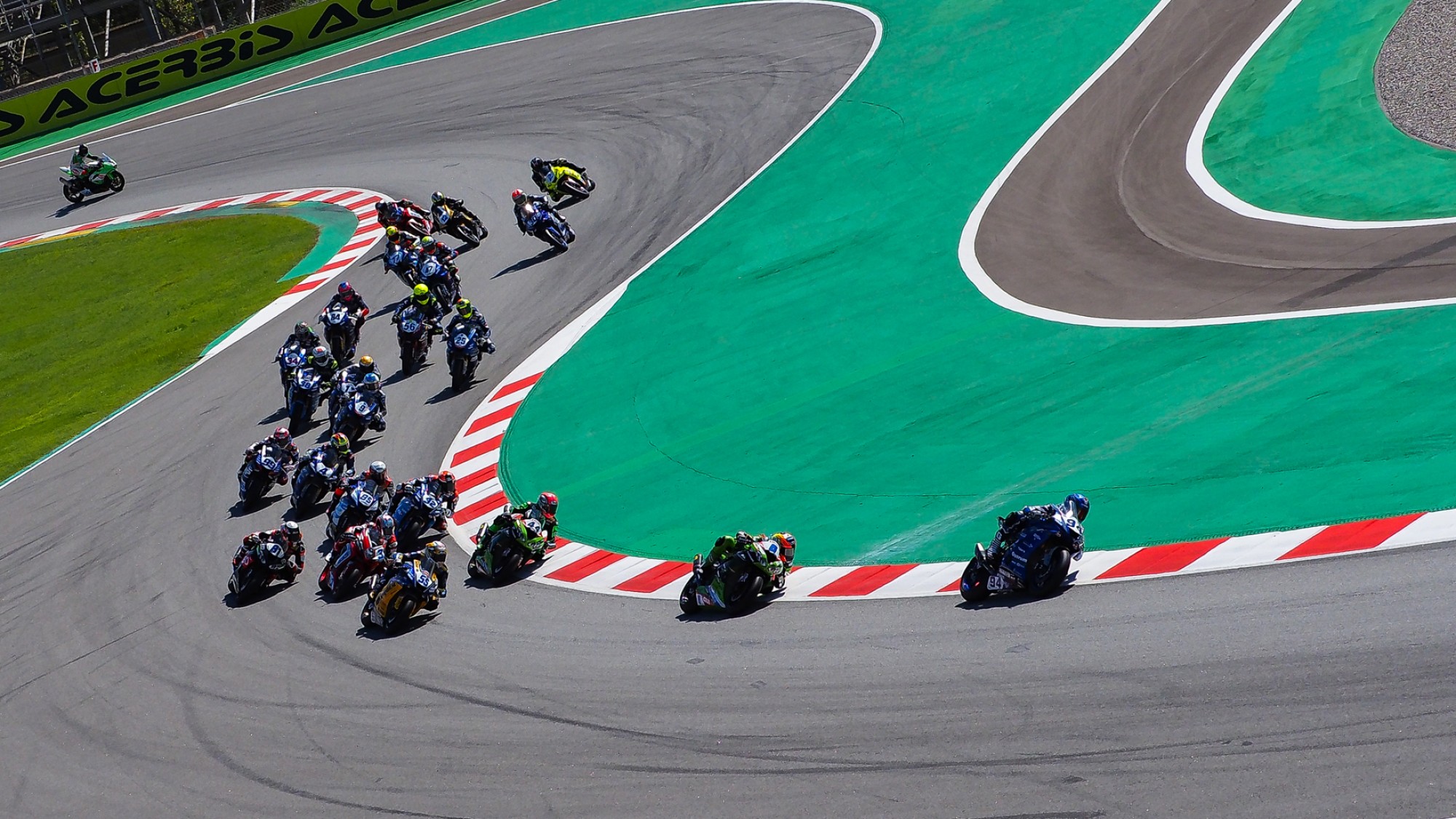 From historic achievements, doing countries proud and hitting the milestones previously only dreamt about, 2020’s WorldSSP season was mesmerising in more way than one!

As the winter approaches for the WorldSBK paddock, it’s time to look back on a phenomenal FIM Supersport World Championship season, where numerous records were broken in startling fashion by rookie Champion Andrea Locatelli (BARDAHL Evan Bros. WorldSSP Team). The Italian swept through the paddock in devastating fashion, earning himself a place on the grid in WorldSBK for 2021. However, there were more stats, facts and trivia to pick up on in 2020, as you can see below!

1999 – The Italian 1-2 during Race 1 of the Teruel Round with Andrea Locatelli and Raffaele De Rosa (MV Agusta Reparto Corse) was the first Italian 1-2 outside of Italy since the Nurburgring in 1999, when Piergiorgio Bontempi won ahead of Fabrizio Pirovano.

265 – Andrea Locatelli’s second place in Race 2 at Estoril was the 265th podium place for Yamaha in the class.

100 – Andrea Locatelli’s win at Aragon in the Aragon Round was the 100th podium place for Italy.

65 – Lucas Mahias’ (Kawasaki Puccetti Racing) victory at Estoril in Race 2 was the 65th for France in World Supersport.

51 – Yamaha currently hold the longest run of consecutive podium finishes in WorldSSP history, with 51 races dating back to Phillip Island 2017. In Race 2 of the Teruel Round, they matched the previous record held by Honda, from 2009 to 2013.

34 – Kyle Smith (GMT94 Yamaha) was the only other rider besides Andrea Locatelli to take a pole in 2020. It was Great Britain’s 34th pole in WorldSSP, putting them fifth in the all-time standings and tied with Turkey.

23 – Estonia became the 23rd country to achieve a podium in WorldSSP after Hannes Soomer (Kallio Racing) was third in Race 1 at Magny-Cours, the first of the three on the bounce.

17 – At the age of 17 years, 10 months and 20 days, Andy Verdoïa (bLU cRU WorldSSP by MS Racing) became the youngest winner in WorldSSP history, replacing Yoann Tiberio from Monza 2006, who was 19 years, five months and 21 days. For Tiberio, it would be his only win.

15 – With 15 consecutive finishes inside the points, all of which were top ten finishes, Manuel Gonzalez’s (Kawasaki ParkinGO Team) streak puts him 11th in all-time WorldSSP history for consecutive point-scoring finishes. Of those 11, he is one just four riders who has managed only top ten finishes; the others are Jules Cluzel who managed 20 and Sebastien Charpentier and Kenan Sofuoglu, who both took 16.

15 – Yamaha set 15 consecutive fastest laps in 2020, taking all of them. The last one, secured by Isaac Viñales (Kallio Racing) at Estoril in Race 2, was the 15th, setting a new record for consecutive manufacturer fastest laps – the previous was 14, also by Yamaha from Phillip Island in 2018 to Buriram in 2019.

15 – Due to the double races of 2020 at seven rounds and the sole race of the first, this is the first World Supersport season to have 15 races – a new record for number of races in one single season in the class.

12 – Andrea Locatelli took 12 wins in WorldSSP in 2020, the most that any rider has managed in a single season of World Supersport. 12 is the same amount achieved by Eugene Laverty, although ‘Norge’ achieved his across both 2009 and 2010.

11 – The 2020 Estoril Race 1 podium of Andrea Locatelli, Philipp Oettl (Kawasaki Puccetti Racing) and Hannes Soomer (Kallio Racing) was, on average, the youngest podium of the year and the 11 youngest of all time with an average of 23 years, eight months and 24 days.

2 – Locatelli is the second rider to come to WorldSSP and be Champion in their rookie season from the Moto2™ World Championship.

2 – For the first time in over two years, two British riders were inside the top ten of a race in WorldSSP: Kyle Smith was second and Danny Webb (WEPOL Racing Team) was eighth at Magny-Cours in Race 2, whereas the last time this happened was when Kyle Smith was fifth and Luke Stapleford was sixth at Aragon, 2018.

Enjoy your favourite moments of 2020 and get ready for an even more action-packed 2021 with the WorldSBK VideoPass!