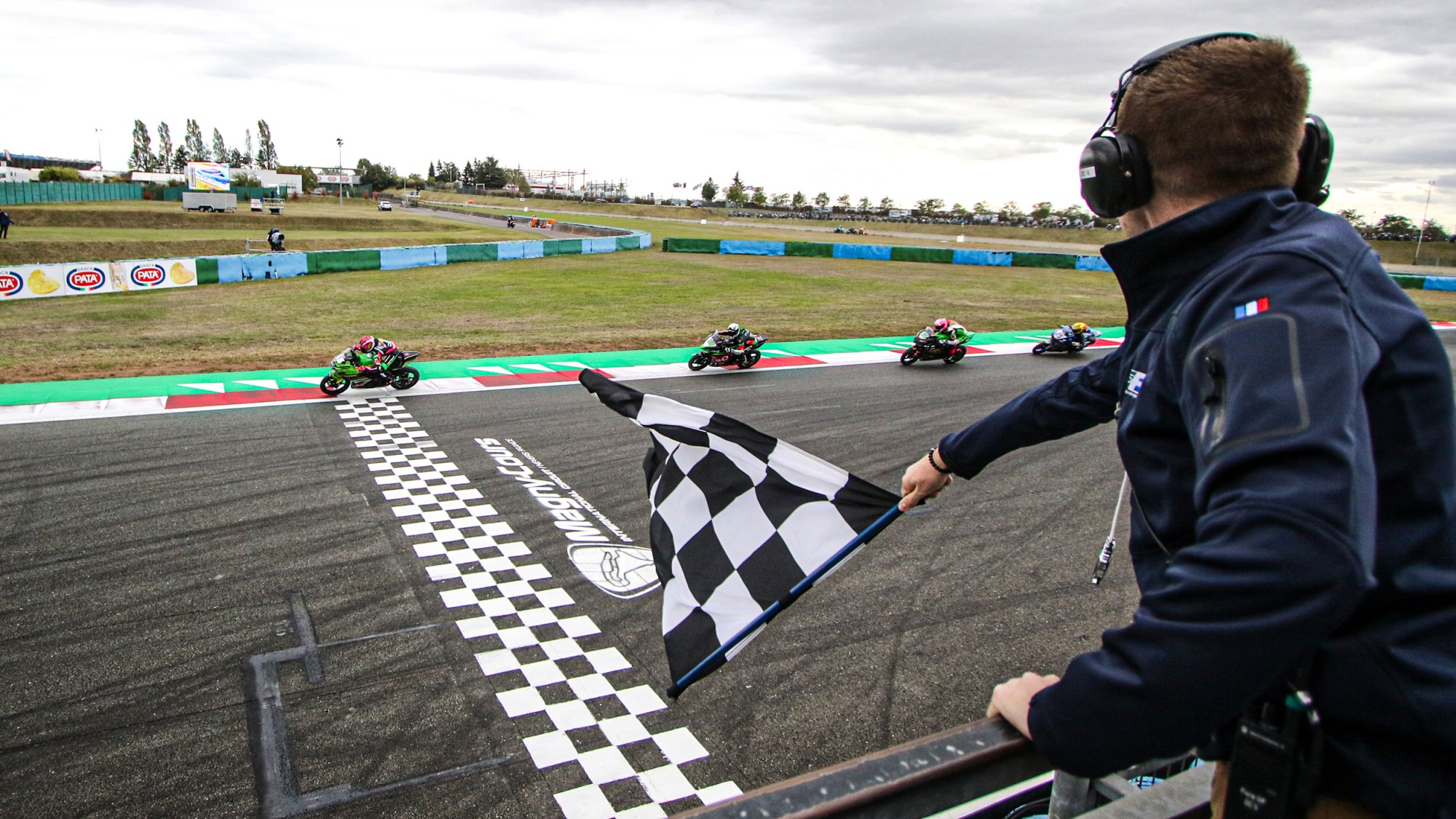 Only 12 riders have won a race in FIM Supersport 300 World Championship in the three seasons the Championship has been running, with six of these riders still competing in WorldSSP300. Ana Carrasco (Kawasaki Provec WorldSSP300), MTM Kawasaki MOTOPORT teammates Scott Deroue and Koen Meuffels, Mika Perez (Prodina Ircos Team WorldSSP300) and Kawasaki GP duo Alfonso Coppola and Kevin Sabatucci all start the 2020 WorldSSP300 season with victories to their name.

2018 WorldSSP300 Champion Carrasco and Deroue top the list of wins in WorldSSP300 with five wins each; two clear of 2017 Champion Marc Garcia. Garcia is tied with 2019 Champion Manuel Gonzalez on three wins, with all three champions in the top four of the all-time winners list; though Garcia and Gonzalez are no longer competing in WorldSSP300.

Carrasco has won in all three seasons of WorldSSP300, picking up her first victory at Algarve in 2017. That was her only win of 2017 before picking up two further victories in her Championship-winning year; taking victories at Imola and Donington Park. Carrasco’s victory at Imola was one of the most dominant performances in WorldSSP300 history as the rider from Murcia won by the biggest margin recorded: 13.835s, as she beat Borja Sanchez (Scuderia Maranga Racing) for the sensational victory.

Carrasco claimed another two victories as she looked to defend her title in 2019, with the next win coming at Misano. She held off fellow Spanish rider Gonzalez by less than a second to make it four wins before beating him again at Magny-Cours later in the season; this time the gap reduced to just two tenths as the pair crossed the line.

Deroue, like Carrasco, has also won in all three WorldSSP300 seasons having claimed wins in 2017, 2018 and 2019. A win at MotorLand Aragon was followed up a few weeks later by a sensational home victory at TT Circuit Assen for the Dutch rider; he finished 0.113s clear of fellow Dutch rider Glenn van Straalen (EAB Ten Kate Racing).

Deroue’s next two wins would both come in Portugal when WorldSSP300 visited Autodromo Internacional do Algarve in 2018 and 2019. The 2019 Round was the closest of the pair of Portugal wins for Deroue as he claimed victory by around one tenth of a second from Gonzalez. Deroue’s final win to date came at Losail in 2019 where he claimed victory by the smallest of margins; beating fellow Dutch rider Meuffels by just 0.010s.

Perez has two wins in the Championship, both coming in 2017. The first win came at Donington Park when he held off Garcia by just 0.067s as the pair battled for victory. Perez’s second win was even closer at Misano World Circuit “Marco Simoncelli” as he beat Armando Pontone by 0.027s in a sensational fight for victory.

The fourth WorldSSP300 race winner on the 2020 grid is Coppola with one victory; coming in 2017 onboard a Yamaha machine at the Lausitzring. Italian rider Coppola was involved in the second-closest WorldSSP300 finish of all time when he held off Garcia’s challenge to take the flag by just 0.018s.

Meuffels will also line up on the 2020 grid having already won in WorldSSP300. The Dutch rider claimed his only victory so far at Aragon in 2018 onboard a KTM as he beat compatriot Deroue by just 0.031s. The top eight were separated by 0.819s at the chequered flag, highlighting the competitive nature of WorldSSP300.

Coppola’s Kawasaki GP Project teammate, Sabatucci, is the sixth and final rider on the WorldSSP300 grid who goes into the 2020 season with a win already to their name. Sabatucci claimed a sensational victory at Donington Park in 2019, his first full season in WorldSSP300. To claim victory, Sabatucci beat Andy Verdoïa who has since moved into FIM Supersport World Championship with bLU cRU WorldSSP by MS Racing.

With six riders looking to build on their win count and a host of new names joining the grid, the excitement in WorldSSP300 continues to build and you can watch it with the WorldSBK VideoPass!