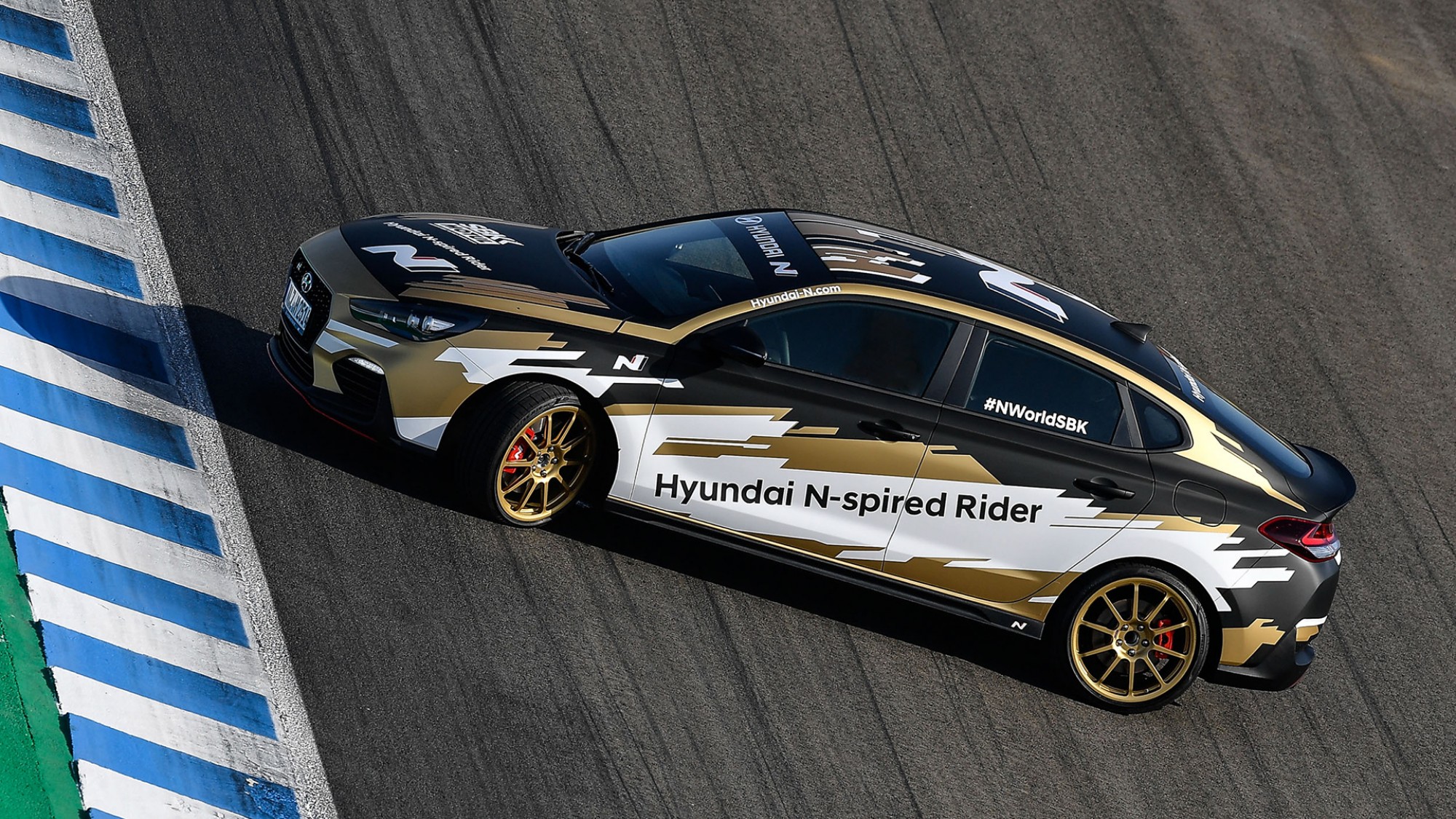 At the Pirelli Spanish Round in Jerez, Hyundai unveiled this year’s Hyundai N-spired Rider winner’s prize

Since making its debut in Phillip Island for the first Round of the 2020 MOTUL FIM Superbike World Championship, the new Hyundai N-spired Rider Award has been in action and is a new initiative that creates an added dynamic to the Championship. This new award is one of the many pillars of Hyundai and the Championship partnership; being the Official Car and Official Safety Car supplier since 2019.


At the end of the season, the rider who will gain the highest number of places in comparison from their starting position during the 2020 WorldSBK season wins the Hyundai N-spired Rider Award. Hyundai unveiled the 2020 winner’s car at the Pirelli Spanish Round in Jerez de la Frontera; the winner will be rewarded with an exclusive i30 Fastback N with black, white and gold livery.

The design of the i30 Fastback N is unique and has been created with the support of Hyundai Motorsport. The car is a normal commercial version of the i30 Fastback N Performance with a 2.0 litre engine and 275 HP. Its special livery is inspired by the WorldSBK official Safety Cars that Hyundai is providing to the Championship. The sporty look of this year’s award is emphasised by a matt black foil and the Engine Red details of the safety cars have been coloured in gold. The winner of the Hyundai N-spired Rider Award will also be gifted with a complete set of golden rims, the same custom forged wheels by Braid that are currently present on the WorldSBK Official Safety Cars.

Thomas Schemera, Hyundai Motor Company Executive Vice President and Head of Product Division:
“The award car for the Hyundai N-spired rider trophy should have been revealed to the world in the first months of the 2020 but, due to the difficult situation we are all facing, we are able to reveal it now, in Jerez. Hyundai is really grateful to Dorna WSBK Organization for the great job, and we look forward for the award car to be given to the rightful rider, hoping to give a lot of thrill and excitement to the WorldSBK fans."

Marc Saurina, WorldSBK Commercial, Marketing and Media Executive Director:
“As the Official Car and Official Safety Car supplier, Hyundai is a valuable partner of the Championship and we are thrilled to discover this year’s Hyundai N-spired Rider award winner’s prize. The livery of the i30 Fastback N, inspired by the WorldSBK official Safety Cars, is truly stunning. It’s a splendid winner’s prize which will guarantee plenty of driving pleasure. This reward promises to bring a further dynamic to the already-scintillating action of the WorldSBK riders during the 2020.”

Hyundai Overtake Standings after Race 2, Round 2