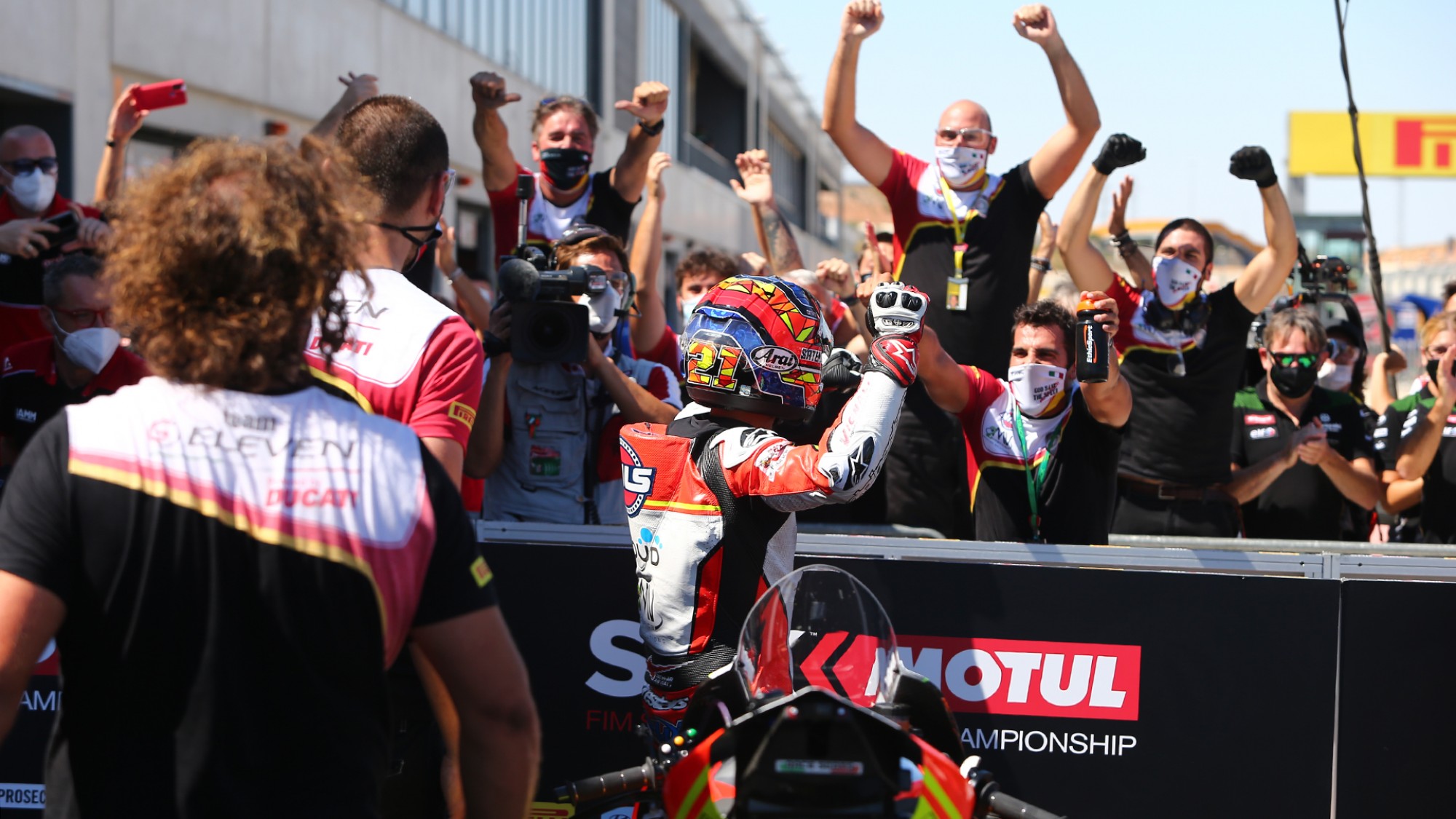 After securing his first MOTUL FIM Superbike World Championship front row start, Michael Ruben Rinaldi (Team GOELEVEN) followed that up with his first win in WorldSBK as he claimed Race 1 victory at the Pirelli Teruel Round, dominating the race at MotorLand Aragon to claim victory ahead of reigning Champion Jonathan Rea (Kawasaki Racing Team WorldSBK) by almost six seconds.

Rinaldi had been showing strong pace since the season resumed at Circuito de Jerez – Angel Nieto at the end of July and was consistently securing top five finishes. As WorldSBK moved to the second race weekend at MotorLand Aragon, Rinaldi topped all three practice sessions before qualifying in second place in Tissot Superpole.

Rinaldi explained the race victory, saying: “It was a really strange race because I used the soft tyre. I overtook Jonny on Lap 1. I started riding and I feel great on the bike but I seriously didn’t expect to be that fast so I’m really happy, but I haven’t realised yet that I won the race! In the next few hours, it will also be better.”

It meant Rinaldi picked up a first victory for Team GOELEVEN in their WorldSBK history, with Rinaldi also securing his first win in WorldSBK. Team manager Denis Sacchetti said: “For us, it is a fantastic day. We live our dream. I don’t have words to explain my feelings! Michael is fantastic, he’s really super.

“The staff worked really well, it’s a fantastic job for everyone. Congratulations to all my staff and thanks to Ducati for the fantastic bike we can use. We are really proud to win the race in front of Rea and Chaz.  We have to continue to work hard and focus to stay in the top five and when it is possible, we will try to get back on the podium. Michael is really fast at the moment so tomorrow we will try to fight at the front for the victory.”

You can follow the remainder of the Pirelli Teruel Round using the WorldSBK VideoPass!