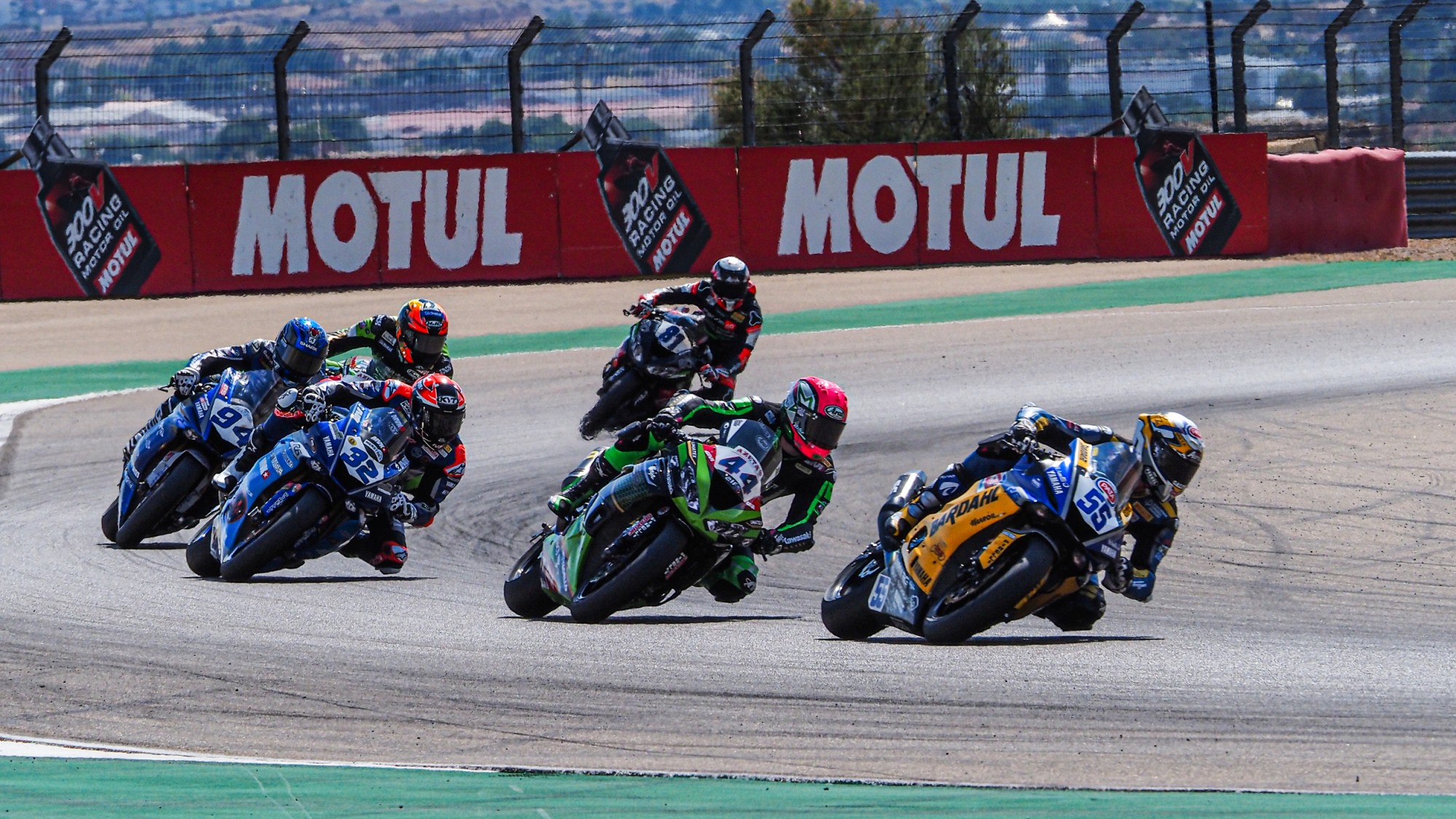 The 2020 FIM Supersport World Championship has been a whirlwind of records and achievements and already, in the Acerbis Catalunya Round, we could be about to welcome our first Champion of the shortened season. Andrea Locatelli’s (BARDAHL Evan Bros. WorldSSP Team) chances of clinching it this weekend are high, especially as Jules Cluzel (GMT94 Yamaha) won’t ride after his Teruel crash with Raffaele De Rosa (MV Agusta Reparto Corse), so let’s preview the first ever weekend of racing at the track and find out what we can expect.

Running away at the front of the field, Andrea Locatelli’s masterful campaign continued with a ninth consecutive win of the year in Teruel’s Race 2. He’s now the rider with the most WorldSSP wins in a single season, and there’s still six more races left to run. He’s re-writing the record books with every corner and if he leaves Catalunya with a lead of 100 points or more, he’s done it. With Cluzel not riding, Locatelli must win Race 1, outscore Lucas Mahias (Kawasaki Puccetti Racing) by 19 points and score more points than Mahias' teammate Philipp Oettl to be Champion by the end of Saturday. So long as he leaves the round with 100 points as his advantage, then he's done enough.

Second in the Championship but with a lower left leg fracture and out, Jules Cluzel (GMT94 Yamaha) can do very little but hope Locatelli scores less than 21 points this weekend. The Frenchman looks set to be the bridesmaid again in World Supersport and will be replaced by WorldSSP winner Kyle Smith this weekend. Behind him by 27 points is fellow countryman Lucas Mahias (Kawasaki Puccetti Racing), and the 2017 WorldSSP Champion hopes to close in on Cluzel whilst the #16 is absent.

Fourth overall in the standings and 19 points behind teammate Mahias, Philipp Oettl has experience around the Circuit de Barcelona-Catalunya and hopes that it will give him some advantage over the opposition. Having said that, Oettl only has one top ten finish to his name at Catalunya and that came back in 2015 in the Moto3™ World Championship, so he’ll hope to be a bit more competitive this weekend. Completing the top five and nine points behind Oettl in the standings is Raffaele De Rosa, who will start Race 1 from pitlane after his collision with Cluzel at Aragon. De Rosa was ninth in the 250cc GP in 2009 and hopes he can have good race pace to pick his way through the field.

Just three points behind De Rosa is Corentin Perolari (GMT94 Yamaha), who has suffered a slump in form recently at MotorLand Aragon, with two seventh places being the highlight of the Frenchman’s last two weekends. He takes to Catalunya for the first time and will hope to make hay whilst the sun shines, especially given De Rosa’s pitlane start. Isaac Viñales (Kallio Racing) was back on the podium at MotorLand Aragon and would like to back it up at home in Barcelona and close in on Perolari.

Eighth place in the standings belongs to Steven Odendaal (EAB Ten Kate Racing), who suffered a first DNF of the season in Race 1 from Teruel; he is five points back of Viñales’ Yamaha. Ninth and tenth in the standings belong to reigning WorldSSP300 Champion Manuel Gonzalez (Kawasaki ParkinGO Team), just three points behind Odendaal, and Hannes Soomer (Kallio Racing), who is 21 behind Gonzalez. Britain’s Danny Webb (WEPOL Racing Team) and the James Toseland-managed team continue to climb up the order in 11th place; Webb aims to be the first British rider to achieve five consecutive top ten finishes in WorldSSP since Kyle Smith in 2018. Peter Sebestyen (OXXO Yamaha Team Toth) is also in form, following seventh and a career-best sixth in Teruel.

Follow all of the action in WorldSSP at the inaugural Catalan Round with the WorldSBK VideoPass!