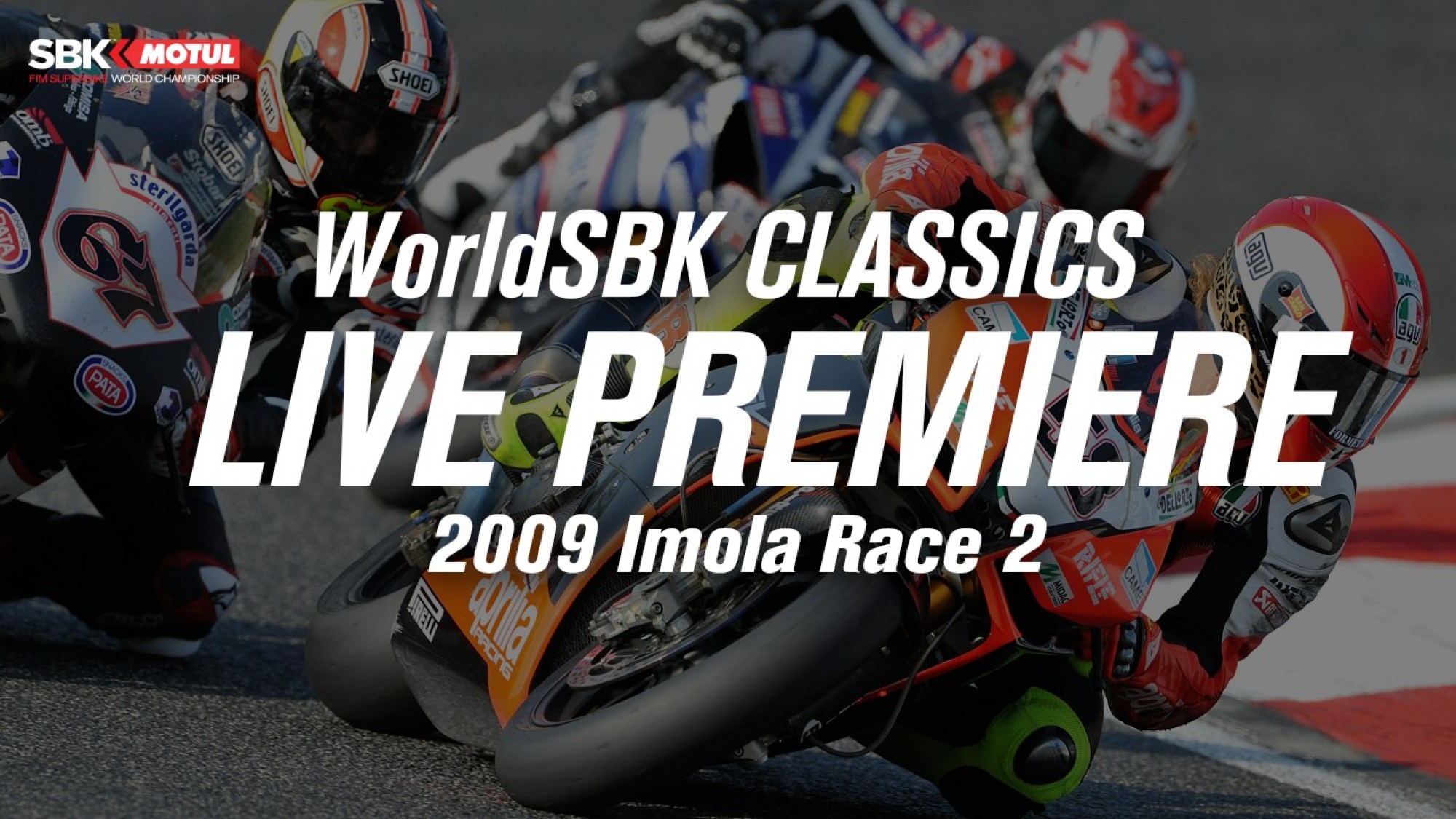 The 2009 World Superbike season had it all but the Imola round will be remembered for one reason: Marco Simoncelli’s outstanding podium…

Another Sunday without live motorcycle racing continues but the MOTUL FIM Superbike World Championship is ready to supply your fix for more classic action. With this weekend being the weekend of Imola, there’s plenty of races to choose from. Having already got the all-time classic of Imola in 2002 and Race 2 ready for you, this time, we will relive the incredible moment of Marco Simoncelli’s only WorldSBK podium, which also featured a Ducati 1-2 at the front of the field. It will be streamed from 3pm CET.

The battle was on from the start as Michel Fabrizio led teammate Noriyuki Haga, Max Biaggi and Shane Byrne. However, all attention would soon turn to Marco Simoncelli, with the Italian in a one-off ride in place of the injured Shinya Nakano. ‘SuperSic’ was up to sixth by the end of Lap 1 and soon, we be in a battle with his Aprilia teammate Max Biaggi. On Lap 13, Simoncelli made a bold pass to take third, forcing Biaggi wide with the Italian veteran pushing Ben Spies off-track in the process. Out front, it was a fairytale for Fabrizio, who won at Monza earlier in the year and now, added Imola to his list, beating Haga. However, it was Marco Simoncelli who dazzled in third.

Other classics that’ve premiered on our YouTube Channel are available. The all-timeless moment of Tom Sykes’ title-clinching moment from Jerez Race 1, 2013 is already available. Neil Hodgson’s first win in front of 100,000 home fans at Donington Park in 2000 in Race 2 is also there, whilst the latest one to enjoy is the Battle of Buriram from Race 2 in 2016, when Tom Sykes defeated Jonathan Rea in an epic last lap shootout. There’s also the awesomeness of Race 1 at Assen in 2009, with a head-to-head final lap dogfight between Ben Spies and Noriyuki Haga and the first title for an Italian in WorldSBK, with Max Biaggi at Imola in Race 2, 2010. The most recent Premiere was the titanic duel from Race 2 at Hockenheim in 1996, Carl Fogarty’s first win for Honda.