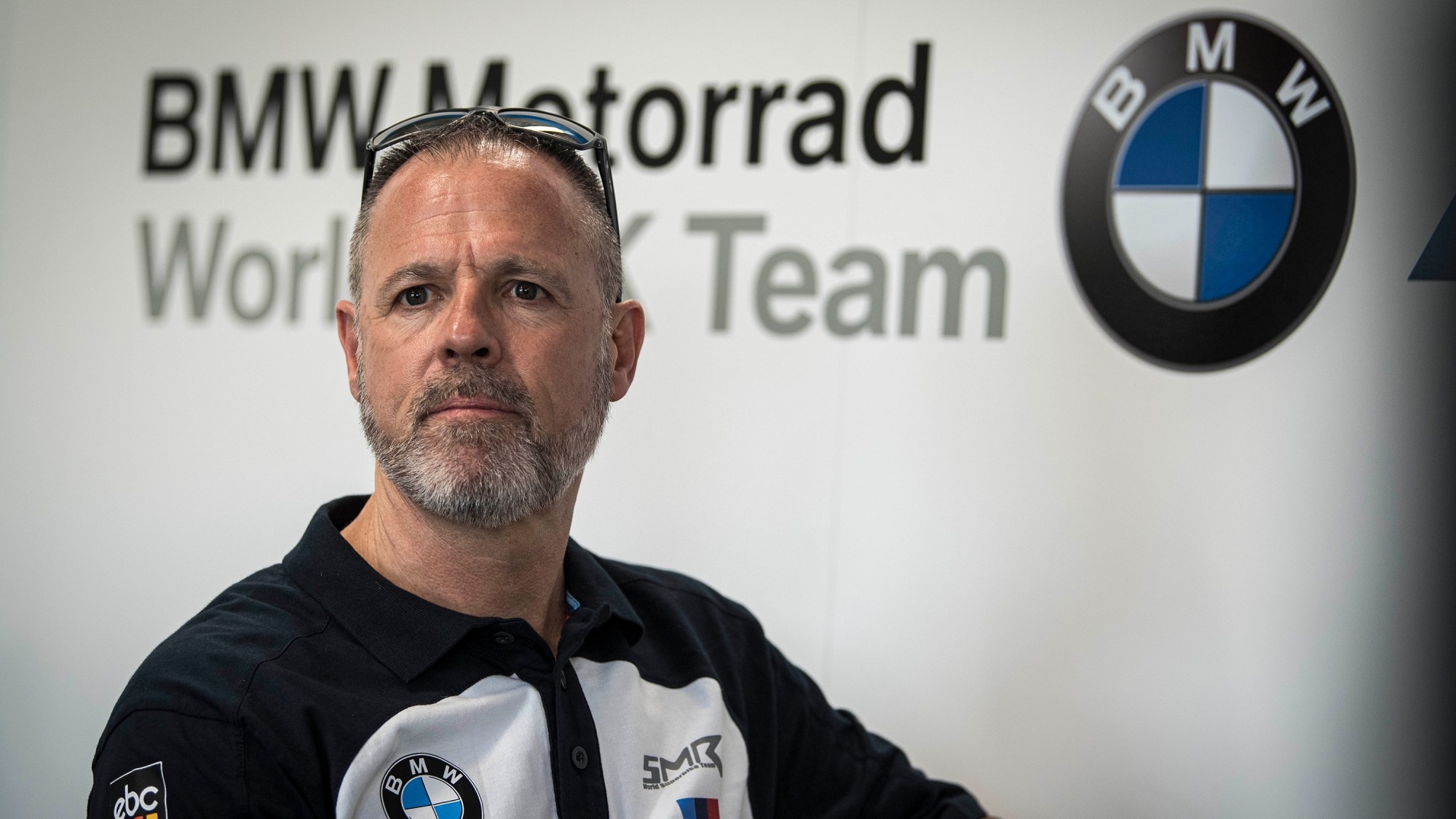 As MOTUL FIM Superbike World Championship action moves to MotorLand Aragon for the Prosecco DOC Aragon Round, BMW Motorrad WorldSBK Team’s Shaun Muir (Team Principal) has been discussing where improvements need to be made to the S1000RR-R, the potential for a satellite team to be on the WorldSBK grid and the 2021 BMW rider line-up with one seat still to be confirmed.

The season started perfectly in Tissot Superpole for the BMW outfit as Tom Sykes (BMW Motorrad WorldSBK Team) secured pole position for Race 1 and the Tissot Superpole Race at Phillip Island, giving Sykes a milestone 50th pole position in WorldSBK. A sixth-place finish in the Superpole Race is Sykes’ joint-best result of the season; the British rider securing sixth in all three Superpole Races so far in 2020. For teammate Eugene Laverty, a finish of 10th in Race 1 at Portimao is his best result of the season.

Discussing the season since WorldSBK resumed at the Circuito de Jerez – Angel Nieto, Muir said: “Where we are overall, I was extremely happy with our performance before we got to Jerez. At Jerez and Portimao, we were where we thought we’d be. We struggled in the heat which we knew about as soon as the calendar was announced. Equally the situation where we’re down on power, it’s really hurting us. I think, in some ways, we’re doing as we expected, but we would like to see a little bit more in the remaining races – already we’re thinking about pre-season testing and some major upgrades for the start of next year.”

Adding about where the performance needs to come from, Muir said: “A little bit of electronics but mainly, I’d say 75-80% is engine power. We’ve obviously got some engine upgrades that are due, it’s just deciding when is the right time to bring them and when we can prove there might be a benefit to us. That’s the reason we’re waiting at the moment. It may even be pre-season for next year. But effectively, we’re still lacking power and that’s what’s hurting us.”

One way to help improve development and performance of the bike is to have a satellite team, enabling more data to be collected across more bikes. This is something BMW and Shaun Muir Racing have been in discussions about, with Muir giving more information on that. He said: “We’re talking to a number of teams, but like we are, they’re currently focusing on their racing. We believe nothing will happen probably until leading towards Magny-Cours when their financial situation comes a bit clearer.

“There’s a number of teams we’re talking to who have got an interest, who are already in the paddock. That project is something we can all benefit from. One is a WorldSSP team and one is a WorldSBK team. It’ll certainly help our development more than anything. We want to bring a satellite team in to increase our development progress. Bringing that into the team will give us that added benefit of being able to increase that opening and that’s what we’re aiming towards.” When asked whether no satellite team had impacted on 2020 development, Muir said: “No, not yet, but if we don’t bring it in now it will going forwards.”

One area that is still subject to confirmation for BMW is who will partner Michael van der Mark (PATA YAMAHA WorldSBK Official Team) for 2021, with the Dutch rider making the move to BMW. Discussing the 2021 line-up and whether a decision had been made, Muir said: “Not yet, that’s going to come in the next two weeks. That decision will be announced in or around Aragon.”

You can follow the rest of the 2020 season using the WorldSBK VideoPass!