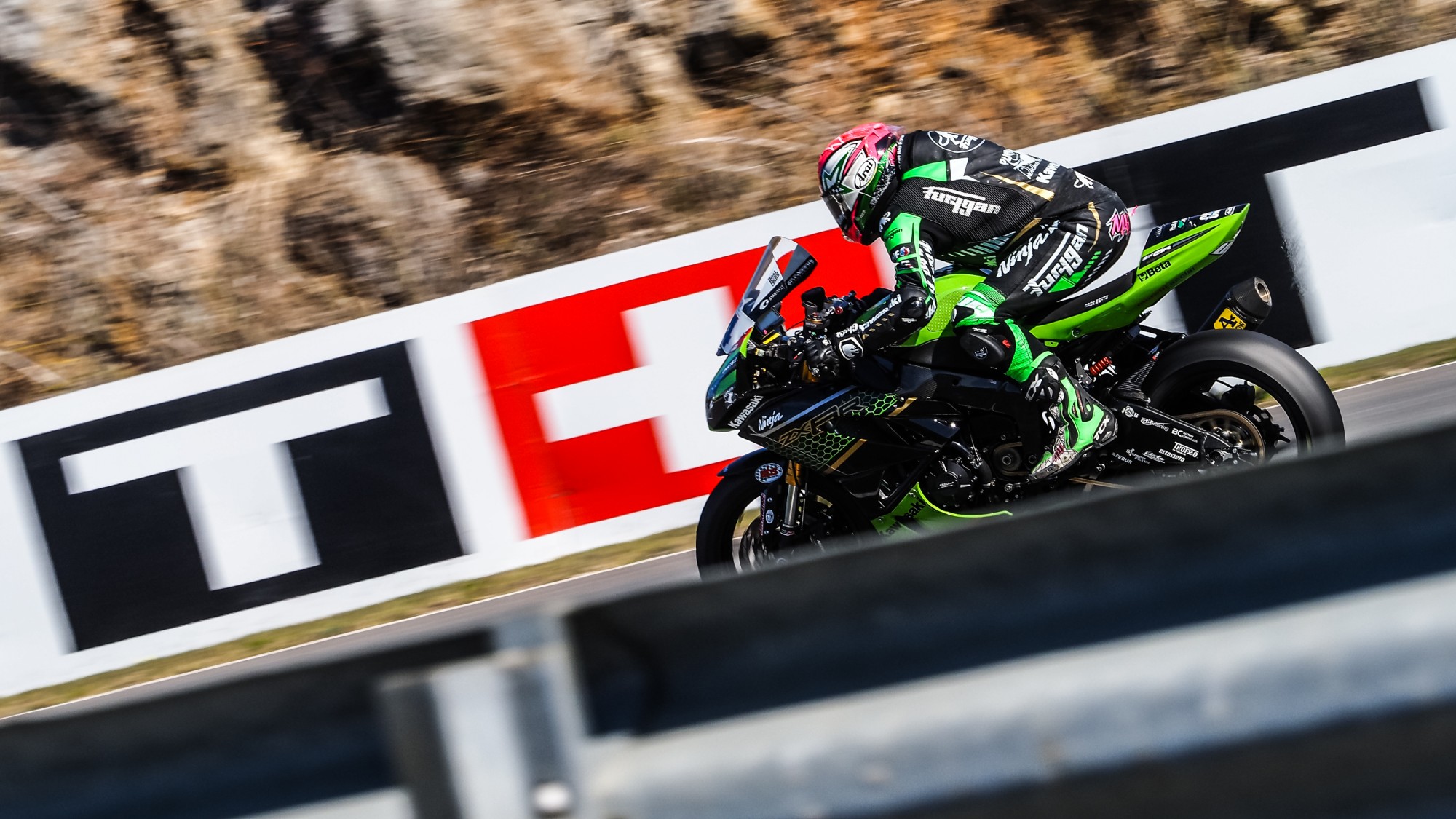 The final round of the 2020 FIM Supersport World Championship has arrived and at a new circuit for the class too. The Circuito Estoril, a stone’s throw from the Portuguese capital of Lisbon, plays host to the last event of the Championship’s season and despite the top two places in the Championship standings already being wrapped up, there’s plenty to play for. Topping the first session despite a huge save at the start and a crash later on, Lucas Mahias (Kawasaki Puccetti Racing) aims to bow out of the class in style.

Mahias was in fine form on Friday morning and the Frenchman’s final weekend (for now) in the world Supersport class got underway well as he locked himself into top slot. The Kawasaki rider headed Isaac Viñales (Kallio Racing), the first of the Yamaha riders in second but suffered a crash in the closing stages of the session; he was OK and aims to bounce back in FP2. In third was MV Agusta Reparto Corse’s Raffaele De Rosa, with the Italian knowing the Estoril layout well from his 125cc and 250cc Grand Prix World Championship days. Next up was Philipp Oettl (Kawasaki Puccetti Racing), making it two Kawasakis inside the top four ahead of Corentin Perolari (GMT94 Yamaha), the Frenchman looking good early on in Portugal.

There was another Kawasaki in sixth place; Can Öncü (Turkish Puccetti Racing) put Turkey in contention early on and looks to build on a strong weekend. Estonia’s Hannes Soomer (Kallio Racing) completed the top seven as he got to grips with the famed Portuguese track, whilst 2020 WorldSSP Champion Andrea Locatelli was only eighth in FP1, not the way he wanted to celebrate his graduation to WorldSBK for 2021. Jules Cluzel (GMT94 Yamaha) made a welcome return to World Supersport action with ninth overall, one place ahead of South Africa’s Steven Odendaal (EAB Ten Kate Racing), who knows the venue from his CEV Moto2™ Junior World Championship days.

Watch the action unfold during the final round of the 2020 season with the WorldSBK VideoPass!