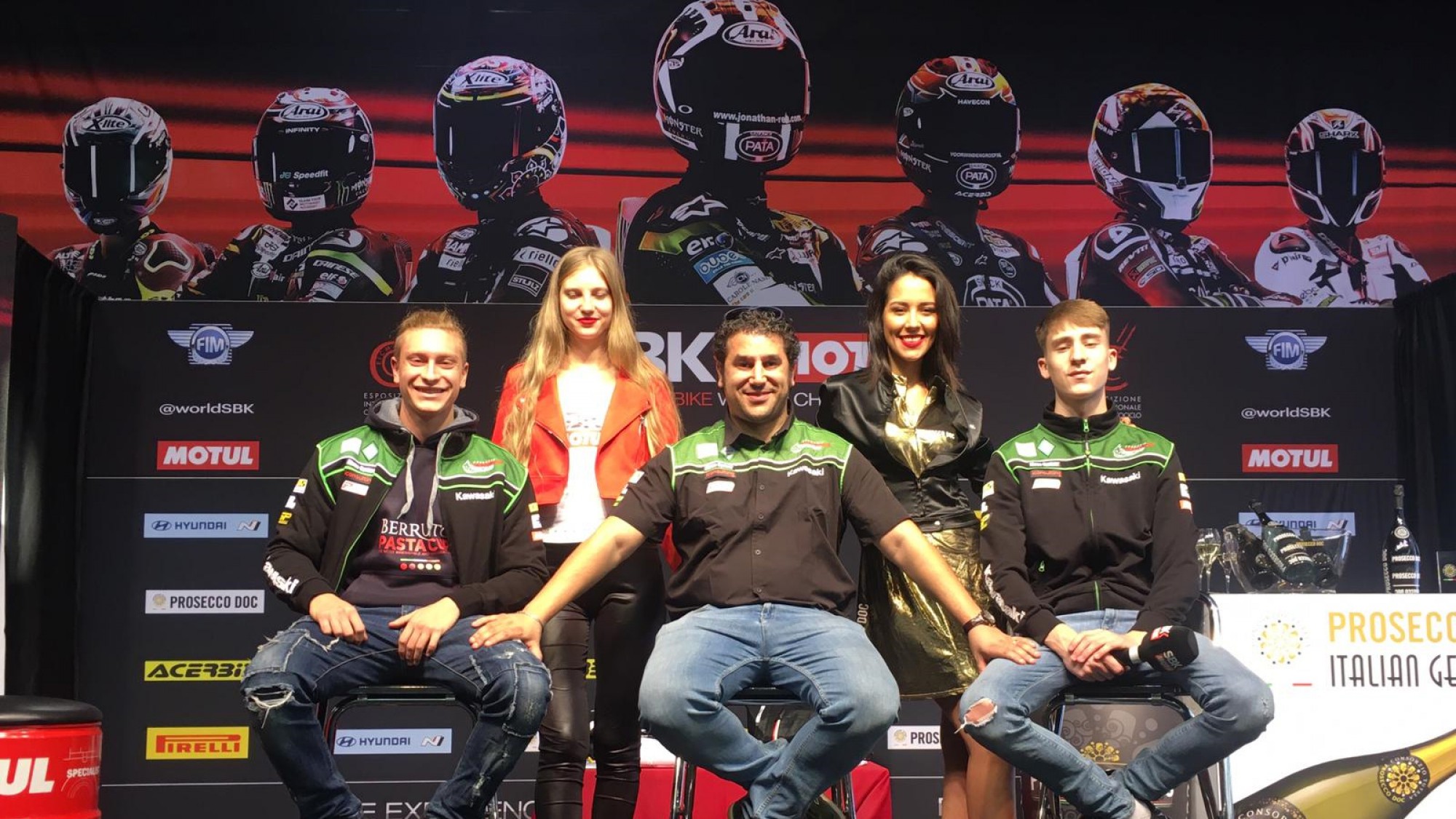 Jarno Ioverno and Indy Offer will join the team for next season in the WorldSSP300, whilst also confirming Borja Sanchez and more yet to come…

In the prestigious setting of EICMA, the International Bicycle and Motorcycle Show, Scuderia Maranga Racing has launched its 2020 season. On the Paddock Show stage, team manager Alberto Marangoni announced the new riders who will compete in the FIM Supersport 300 World Championship riding the Kawasaki Ninja 400 for the Bologna-based team: Jarno Ioverno and Indy Offer.

Ioverno, born in 2002 in Piedmont, comes from two seasons in the regional Piedmontese championship – where he won both in the rookie and in the expert category - and comes from the Trofeo MotoEstate. Meanwhile, Indy Offer was one of the protagonists of the British Junior Supersport series, a support class to BSB, where he achieved a best finish of sixth. They were confirmed as being joined by Borja Sanchez, in his second year with the Scuderia Maranga, whilst one more rider is yet to be announced.

Speaking about his first full season in WorldSSP, Offer said: “I really wanted to reach an agreement with the team that allowed me to make my first race in Magny Cours and I did it. I'm very excited to take part in all the races of the Championship, I'm training a lot to be ready from the first tests and I hope to be competitive from mid-season onwards.”

Jarno Ioverno stated his excitement at joining a growing Italian contingency in WorldSSP300, saying: “I can’t wait to begin this new adventure, as it will be my first experience in a World Championship. I hope to be competitive even if, being at my debut, I don't want to set myself targets for results. I just want to improve step by step.”

Follow all of the action in WorldSSP300, whilst also getting ahead of 2020 with the WorldSBK VideoPass!