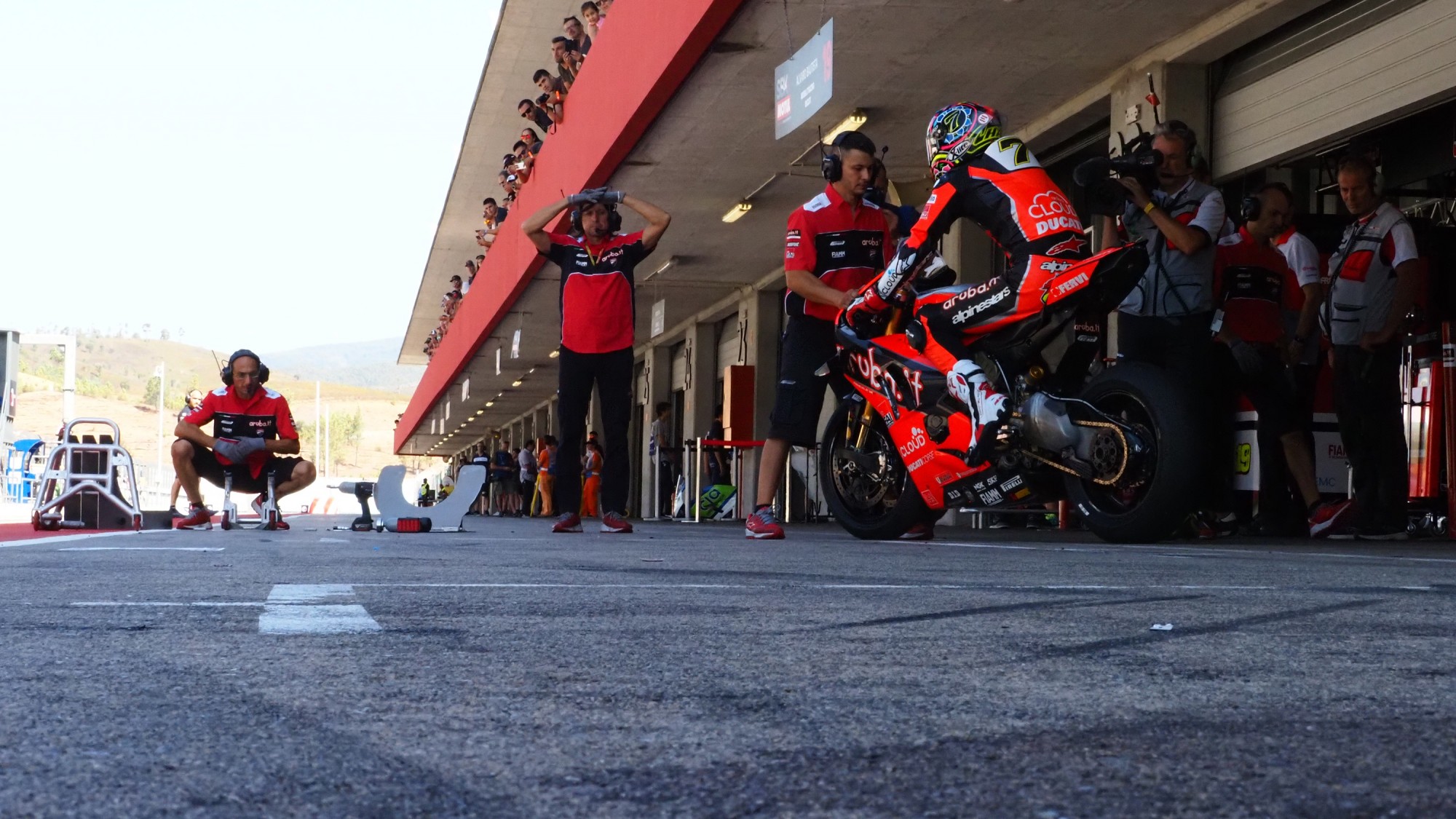 The start of the season is now on the horizon, although there’s plenty of work for the 2020 WorldSBK line-up to be cracking on with in Portugal

After a rain-affected WorldSBK test at the Circuito de Jerez – Angel Nieto, it is time to head west to Portugal, and the Autodromo do Internacional Algarve and Portimao for testing from the 26th and 27th January. The second test in January will be the final time we get to see most of the bikes on-track at once before the Phillip Island test the week before the first round, meaning that there will be plenty to keep our eyes on as the new season gets nearer.

Portimao came onto the calendar in 2008 and has been a favourite for the riders ever since, with its dramatic undulations, fast straights, sweeping bends and technical sectors. The factors combined make for the perfect testing circuit and with KRT absent, the ARUBA.IT Racing – Ducati squad will be keen to get some running in. Scott Redding and teammate Chaz Davies had contrasting Jerez tests; Redding was quick and constantly in the top three, whilst Davies crashed twice within in the morning of day one. With dry running expected, the next two days will be critical for a valid insight into the 2020 season.

Since their comeback to WorldSBK as a factory manufacturer in 2016, Yamaha haven’t enjoyed such a strong pre-season. The PATA YAMAHA WORLDSBK OFFICIAL TEAM have been a constant threat to Kawasaki and Ducati and have packed out the leading positions across numerous tests. Michael van der Mark and Toprak Razgatlioglu looked to be the riders to beat at Jerez at various points and will now get to bring their 2020 engine and 2020 Yamahas to Portimao, a track both riders took podiums at in 2019.

In what has so far been a quiet pre-season, the BMW Motorrad WorldSBK Team will also be present at Portimao and look to really shine through with the sun expected. Tom Sykes and Eugene Laverty have both enjoyed strong results at the track before and with plenty to test, both are anticipated more positives across Monday and Tuesday. Having stated back at the Jerez test that focus needs to go on the engine, Eugene Laverty will be looking for more power in Portugal, whilst both he and Tom Sykes will continue working through their schedule regarding which chassis to use.

They topped day one at Jerez and had an equally positive second day, but the HRC Team will now take to the Portimao circuit and continue their 2020 pre-season testing programme. Whilst exactly what they are testing has been kept under wraps, the bike has already come out of the box in a competitive nature. Leon Haslam was a regular fixture inside the top three over the Jerez weekend, whilst Alvaro Bautista enjoyed top ten pace despite a small crash. Can the perform well again at Portimao?

With no KRT squad, attention turns to the Independent riders; an impressive Jerez test for the GRT Yamaha WorldSBK Junior Team gives them plenty to shout about going to Portugal. Federico Caricasulo won in WorldSSP at the track last season and despite suffering a tricky last day of testing at Jerez, he will be eager to get some dry running in warmer conditions under his belt. For Garrett Gerloff, the American will simply be looking to get good track running in dry conditions ahead of the first action at Phillip Island. Loris Baz (Ten Kate Racing – Yamaha) will also be determined to continue his great start to 2020, making incremental steps with the 2020 Yamaha YZF R1.

In terms of the Independent Kawasaki teams, Kawasaki Puccetti Racing will take to the circuit. Xavi Fores will be on Kawasaki machinery for the first time in 2020, having not taking part in the Jerez test. It will be the first time he will have raced a four-cylinder WorldSBK machine in 9 years and will aim to get crucial dry weather running under his belt before Phillip Island.

There are four Independent Ducati teams taking to the Portimao circuit across the two days, starting with the Barni Racing Team heading into the test off the back of little track action at Jerez. The Italian squad are keen to shine in Portugal with Sandro Cortese heading out to ride for the team, whilst Leon Camier will be in attendance and if fit enough, out on the Ducati Panigale V4 R.  For Leandro Mercado (Motocorsa Racing), he will aim to continue acclimatising to his Ducati Panigale V4 R and achieve his bid of top ten success in 2020. On the fringes of the top ten at Jerez, the former STK1000 Champion is shooting high in the Algarve.

The other two Ducati teams include Team GOELEVEN and Brixx Performance. Michael Ruben Rinaldi (Team GOELEVEN) suffered a crash at the Jerez test on day one, hindering his progress. At Portimao, the team will work together to try and understand Rinaldi’s riding style, so they can make changes accordingly. Frenchman Sylvain Barrier (Brixx Performance) is relishing the opportunity of being back on the world stage and with a good team behind him, Barrier is far from feeling the pressure. He will continue the shakedown of his Ducati Panigale V4 R in order to be in the mix for positive performances come the start of the season.

Remind yourselves what happened at the last test by getting all of the highlights and exclusive interviews, plus more historical content with the WorldSBK VideoPass!