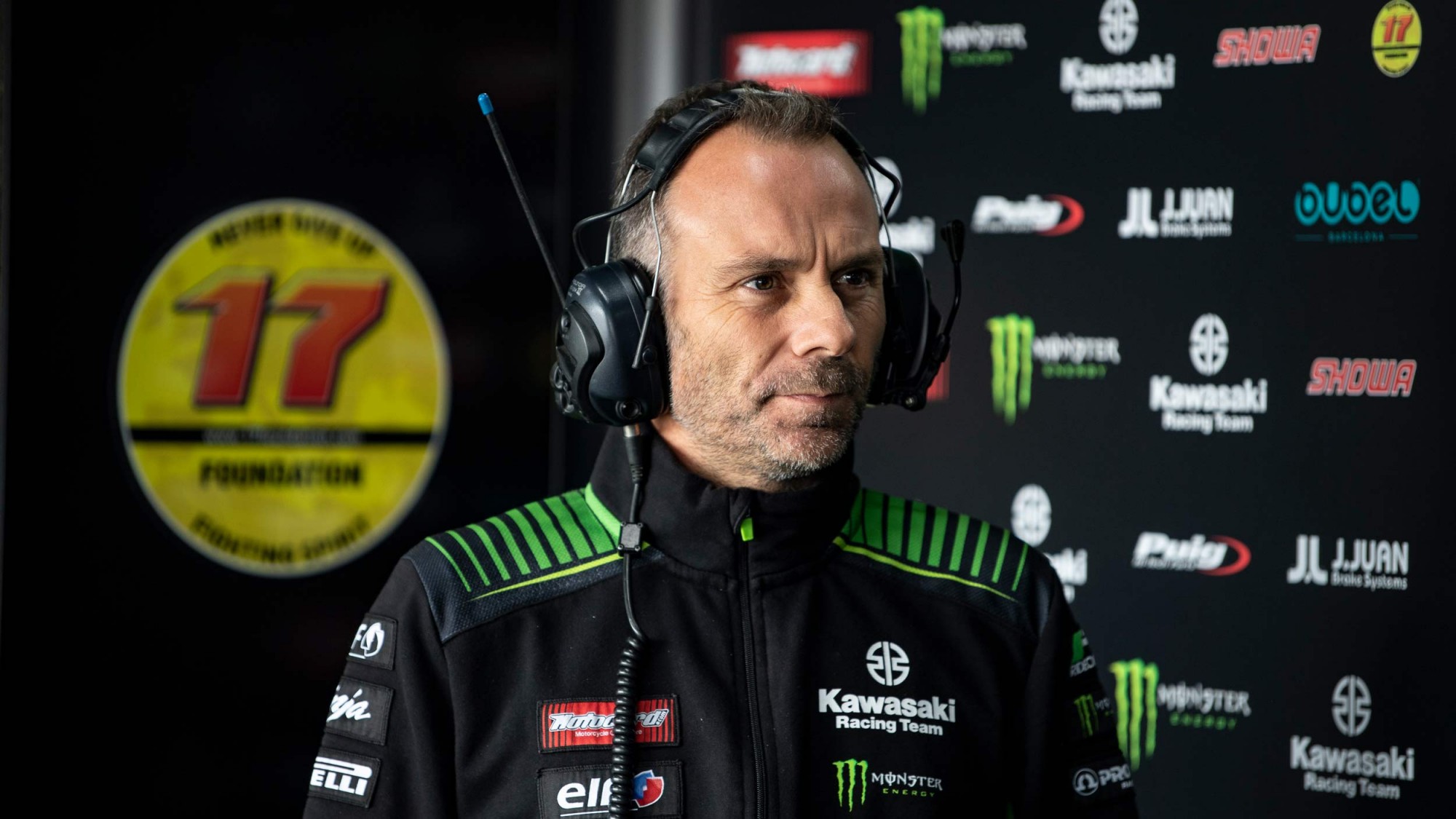 After five successive WorldSBK titles, Guim Roda talks about the team’s line-up, the risk and the success Kawasaki has had…

With an enforced break putting racing on hold, Guim Roda (Team Manager – Kawasaki Racing Team WorldSBK) talks to WorldSBK.com about the team’s line-up of Jonathan Rea and Alex Lowes, the relationship between the pair and the pressure that success puts on the team after five consecutive titles in MOTUL FIM Superbike World Championship.

The relationship between riders is just one factor that can impact a team’s results throughout the season, and a new rider joining will impact on this. With Lowes making the switch to KRT, the relationship between him and five-time Champion Rea (Kawasaki Racing Team WorldSBK) will help determine how Kawasaki’s season finishes.

Discussing how Lowes has settled into the team and his relationship with Rea, Roda said: “They are quite respectful of each other. He understands and respects the job Jonathan has done in the past and that he can learn a lot from Rea’s experience and the team information, but he’s willing to put on his own way of riding the bike and try to do his best.

“We worked a lot to understand what he needs, to make him understand that speed is not the only solution to win races. It’s about the start procedure, understanding when to push during the race, how to work when everything looks not so good. The race is long, and things change. The tyres and the track conditions; this kind of information he needs to learn to manage the motorbike. I think he is a fast rider; I think he just needs to put everything in order, and everything will come. I think we are giving him time to accept how to take his best.”

Fast riders bring a risk to the team with both chasing the same goal: the riders’ championship. This is something that Roda has accepted, explaining: “We have two riders who have the potential to win, something that we accept. We just need to manage the responsibility of both. When they need to fight on track, they just need to take care about making mistakes because the consequences are worse for the team. When teammates need to fight each other to win races then the risk for the team is higher, but it’s something that the team accepts.

“We need to understand the riders’ motivation is always the team interest, the manufacturer interest. We try to explain that they have to be responsible but I think they more than understand. They put the risk on the limit but do not cross it. What we ask them is to be fair, to race cleverly they need to win with each other.”

With the success of the team over the last five years, having won riders’ and manufacturers’ titles every year from 2015-2019, comes pressure that the success continues. Roda explains that the target for 2020 is to continue that success but acknowledges this will be tough given the competition from the four other manufacturers: Yamaha, BMW, Honda and Ducati.

Roda said: “The competition is tough, but a good point is I think the manufacturers understand the championship. It’s a good balance. For sure, this will be a difficult year. Yamaha have two good riders, they start to have a lot of experience on that bike. Ducati last year was their first year with the new bike and this year they have more experience and will be much more competitive with both riders. I think it’s going to be a tough year, we saw in Australia so we will need to work so hard to keep the momentum and winning. We’ll see if we can start again soon.

“Winning feels a bit like a responsibility because when we started the success, we didn’t have the pressure to keep winning all the time. Now, we have been winning for many years, so a podium but not winning can be a frustration point. Sometimes we need to remember it’s not possible to win every race. We need to accept sooner or later that we will not win. But in the meantime, we try not to lose momentum and keep winning. It’s extra pressure for us but a proud situation. When you are winning, you are the reference and people look to you learn from you. So, if other teams or other riders can watch us and learn something, and improve their general racing, it’s something we’re proud of and we like to continue like this.”