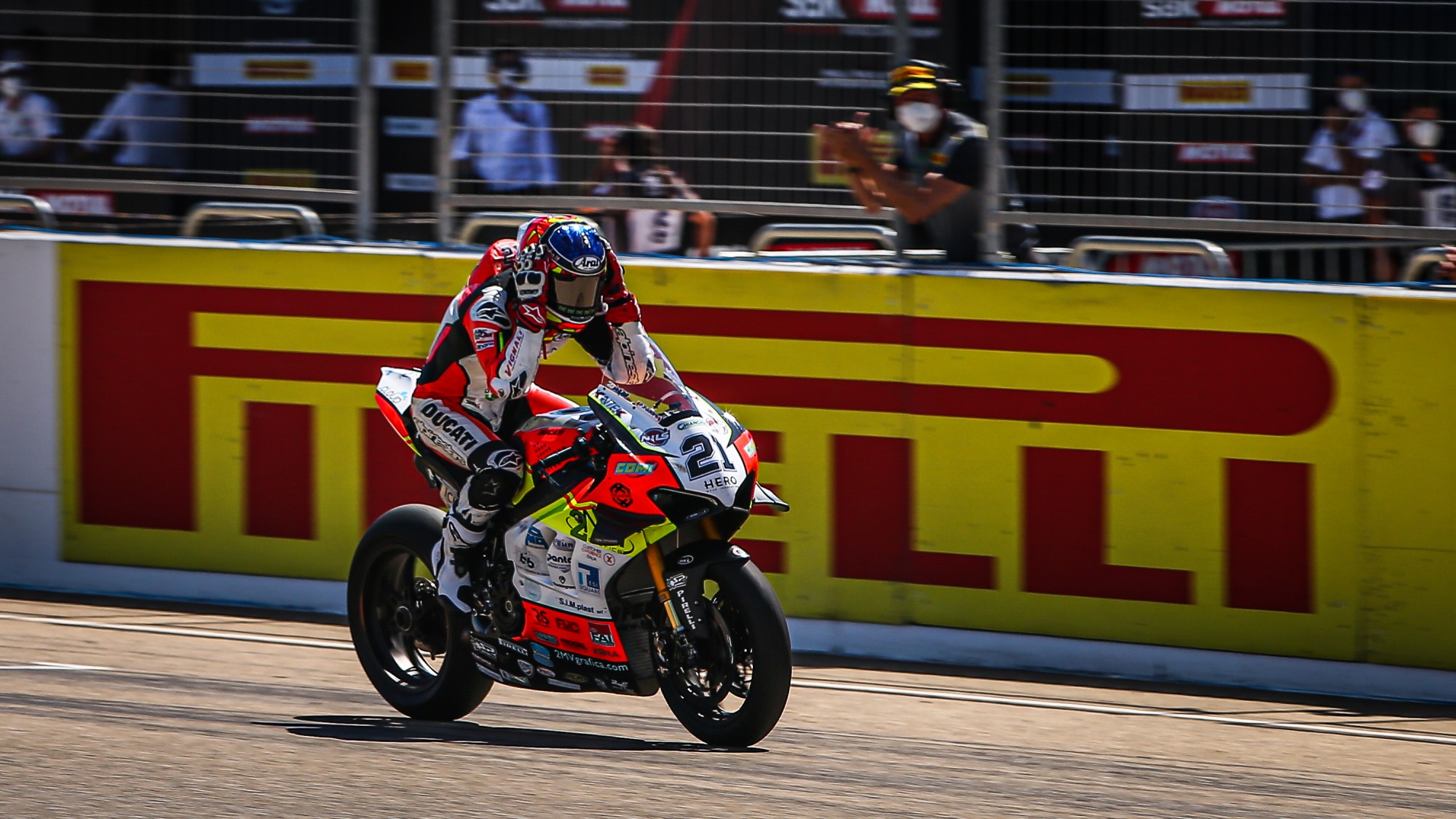 A new face stepped on top of the MOTUL FIM Superbike World Championship podium as Michael Ruben Rinaldi (Team GOELEVEN) claimed a sensational maiden victory in Race 1 for the Pirelli Teruel Round at MotorLand Aragon. Rinaldi had started from second on the grid and had topped all three Free Practice sessions as he continued his impressive pace.

Despite appearing to get a bad start, Rinaldi held second place on the opening lap but used the straight line speed advantage of his Ducati machine to pass Jonathan Rea (Kawasaki Racing Team WorldSBK) on the run to Turn 16 on the opening lap and from there, he did not look back; lapping consistently faster than the reigning Champion.

One of the greatest stories in WorldSBK - @michaelrinaldi_ storms to victory to become the fifth winner in 2020!#TeruelWorldSBK pic.twitter.com/oMXS18GVjW

Rea finished the race in second place, almost six seconds behind Rinaldi but the 20 points gained on Championship rival Scott Redding (ARUBA.IT Racing – Ducati), with Redding crashing out on Lap 7 while under pressure from Alvaro Bautista (Team HRC), means the five-time Champion is now 30 points clear of Redding.

Redding’s ARUBA.IT Racing – Ducati teammate, Chaz Davies, claimed a podium as two Ducati machines finished in the top three. Davies was in a battle for third with a Bautista before the Spanish rider crashed at Lap 14 on Turn 14 and retired from the race. Michael van der Mark (PATA YAMAHA WorldSBK Official Team) finished in fourth place for the 18-lap race as the lead Yamaha rider, one place ahead of teammate Toprak Razgatlioglu.

@19Bautista on the attack!

Maximilian Scheib (ORELAC Racing VerdNatura) was the last classified rider in 16th place after an incident in the early stages of the race, with Bautista and Redding not completing the race alongside Roman Ramos (OUTDO Kawasaki TPR), Marco Melandri (Barni Racing Team) and Sylvain Barrier (Brixx Performance) also not retiring from the race.

You can follow more WorldSBK action throughout the Teruel Round with the WorldSBK VideoPass! 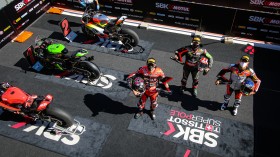