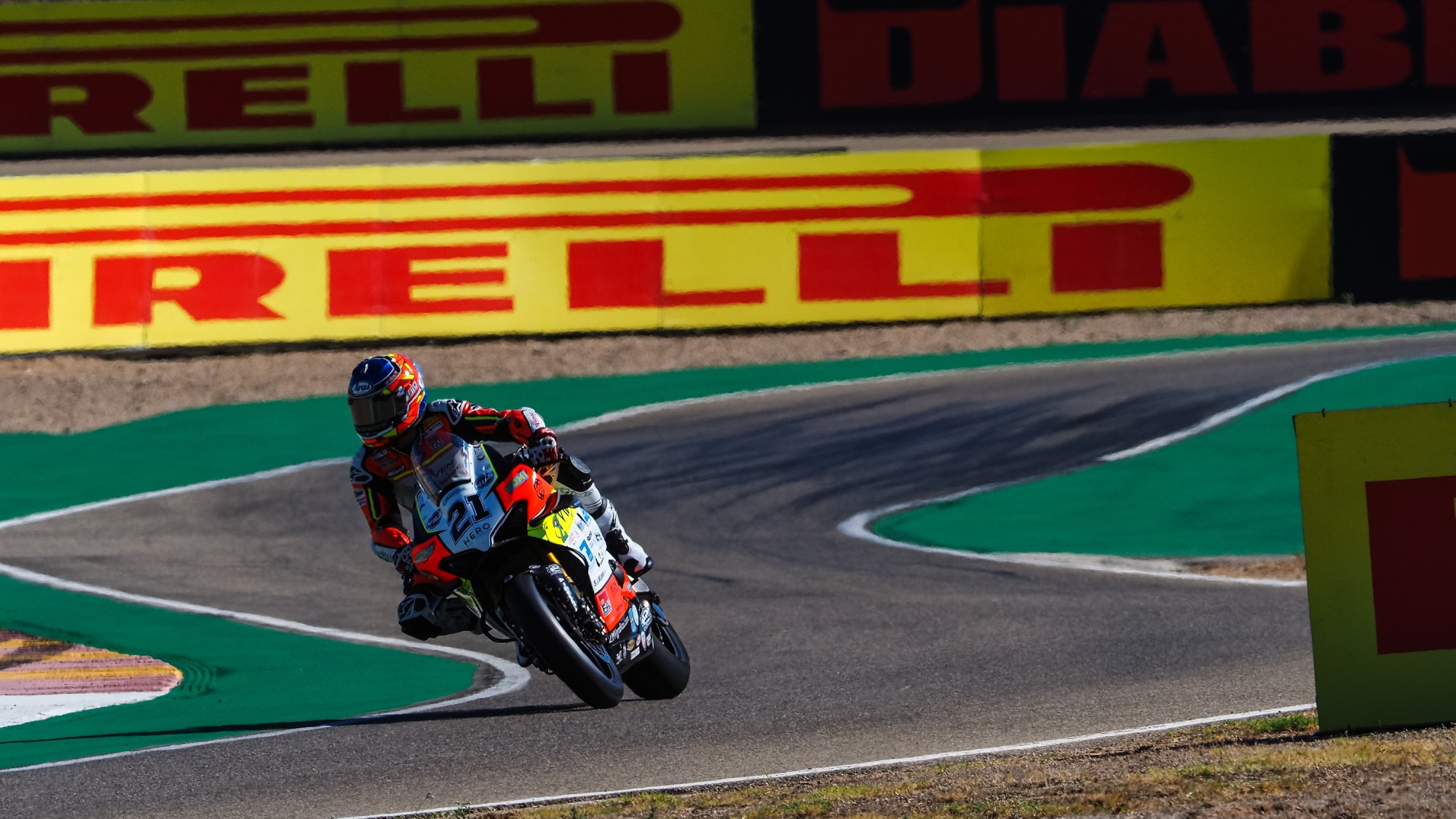 Michael Ruben Rinaldi sets the pace by the smallest of margins in Free Practice 1; five manufacturers in the top six

As MOTUL FIM Superbike World Championship action got back underway for the Pirelli Teruel Round at MotorLand Aragon with Michael Ruben Rinaldi (Team GOELEVEN) topping the opening practice session by just 0.001s, starting the weekend in perfect fashion as he chases his first WorldSBK podium.

Rinaldi continued to impress in WorldSBK as the fastest Ducati rider in Free Practice 1 by going faster than reigning Champion Jonathan Rea (Kawasaki Racing Team WorldSBK) by the barest of margins; both Rinaldi and Rea lapping under the 1’50 bracket with the Italian’s time of 1’49.840 the benchmark. Rea’s KRT teammate, Alex Lowes, finished the session in third place but half a second down on Rinaldi and Rea.

Shaving tenths of a lap time, whilst shaving your elbows down too@jonathanrea 's new style is working#TeruelWorldSBK pic.twitter.com/v514Pj3GtX

Tom Sykes (BMW Motorrad WorldSBK Team) was classified in fourth place as the BMW outfit looks to bounce back from a difficult Aragon Round, Sykes lapping just two tenths away from Lowes. Toprak Razgatlioglu (PATA YAMAHA WorldSBK Official Team) finished the session in fifth plae ahead of teammate Michael van der Mark; the Yamaha duo appearing to make a step forward from the Aragon Round.

Chaz Davies (ARUBA.IT Racing – Ducati), aiming to go one step further than his two second places from the Aragon Round, was seventh fastest with just a tenth separating Davies and Scott Redding (ARUBA.IT Racing – Ducati) in eighth, setting a time around one second off Rinaldi’s pace. Leon Haslam (Team HRC) and teammate Alvaro Bautista completed the top ten on their Honda machines.

Loris Baz (Ten Kate Racing Yamaha), looking to secure back-to-back front row starts, was 11th fastest in the opening session while Sylvain Barrier (Brixx Performance) suffered a crash at Turn 10 in the latter stages of the session and was classified in 17th place during the session.