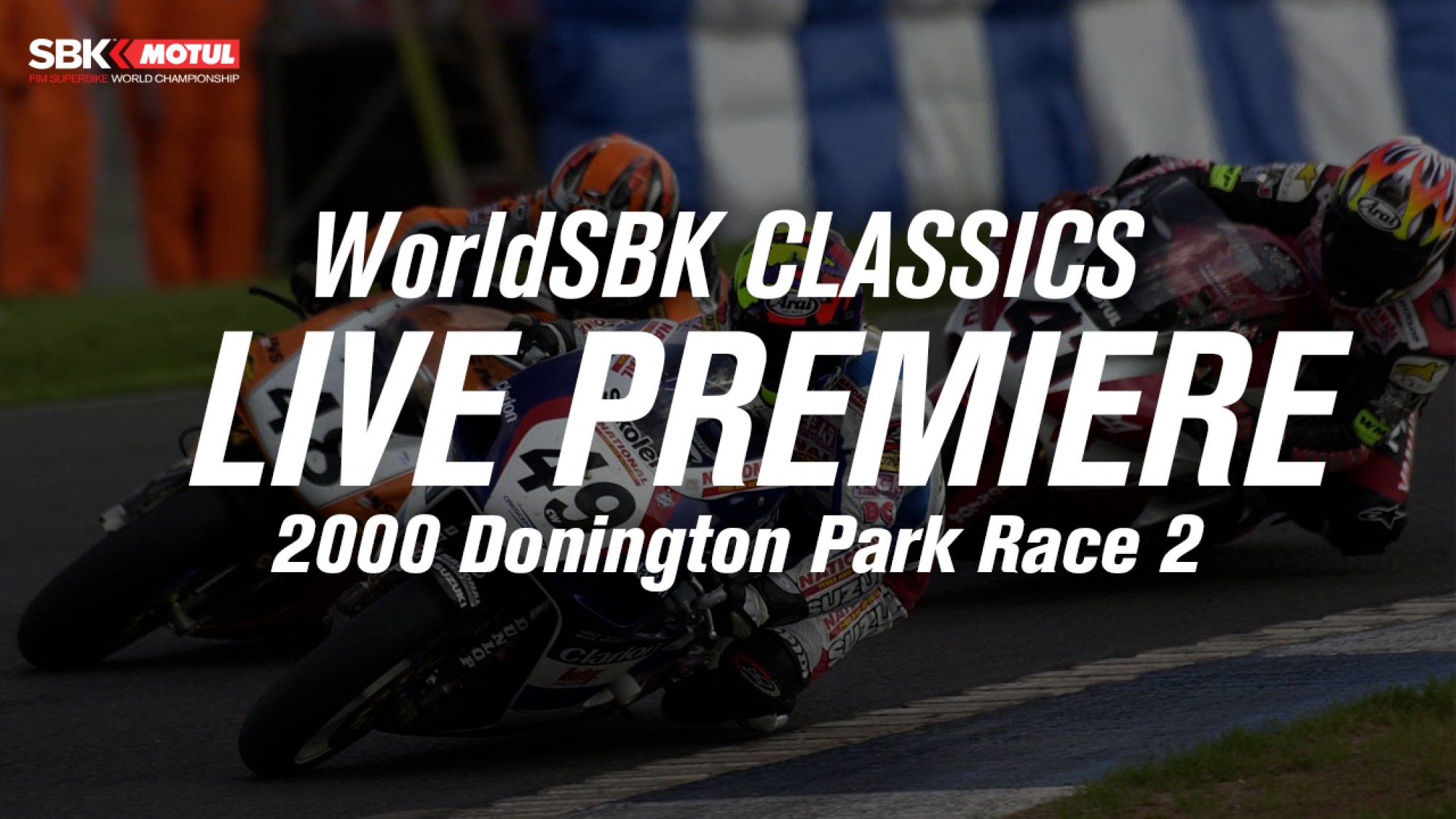 As part of the #StayAtHome campaign, WorldSBK will broadcast this millennial classic on Facebook and YouTube, so fans can enjoy Neil Hodgson's first victory again!

Fans will be able to revisit the drama from the Donington Park round in 2000 as MOTUL FIM Superbike World Championship will broadcast Race 2 from the round as live on the official WorldSBK Facebook and YouTube social channels this Sunday at 3pm CET (GMT+2). History was made in Race 2 when Neil Hodgson and Chris Walker claimed the first ever British 1-2 in WorldSBK; the British duo having a dramatic and tense last-lap battle with Frankie Chili for victory at Donington Park, after the Italian's tyres let him down on the last lap! In front of tens of thousands of people, it was another Donington Park classic for the ages.