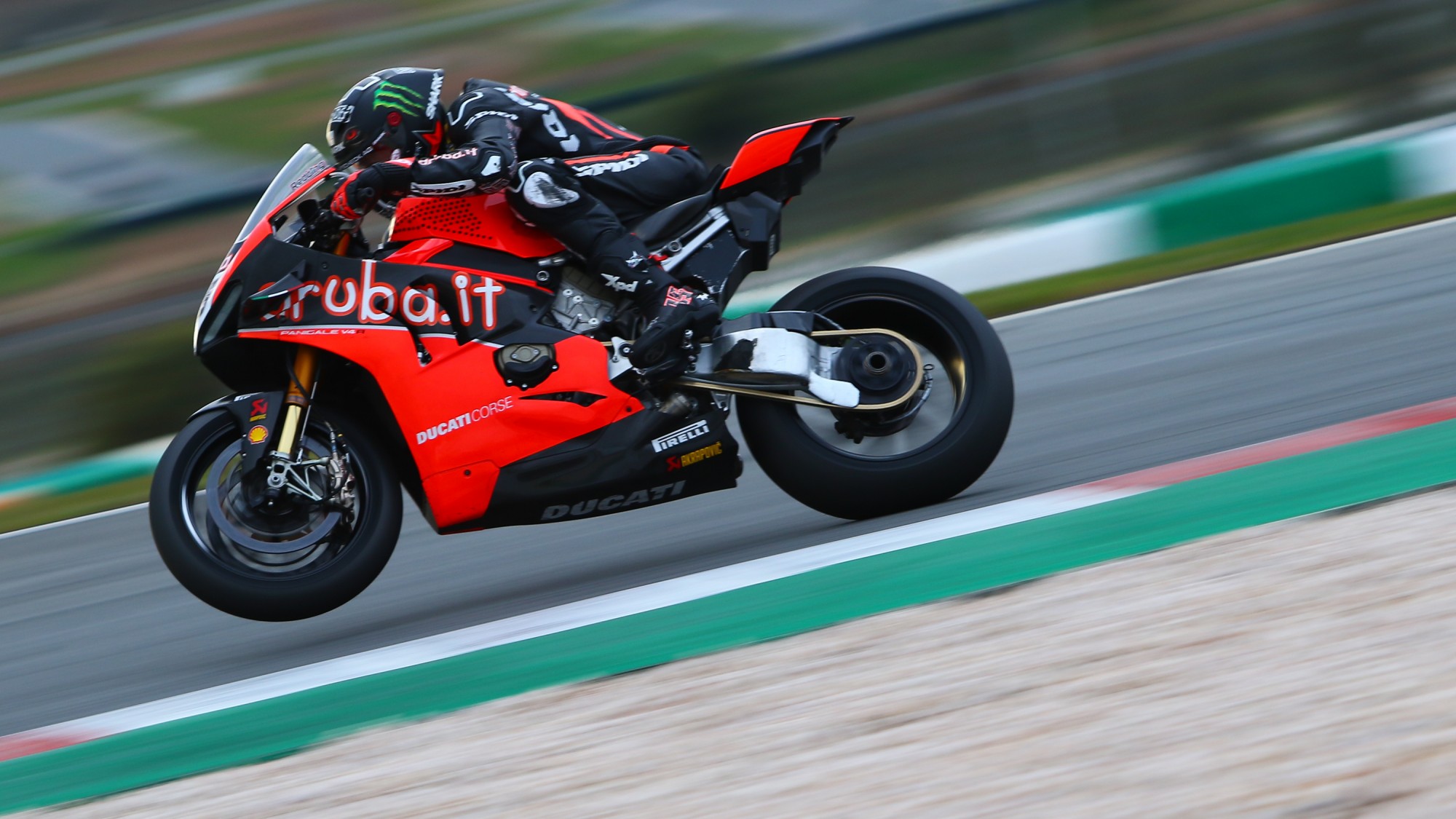 The British rookie proved to be the one in control with Baz leading a pack of Yamahas behind, whilst Eugene Laverty put BMW on the map inside the top five

The first day of testing at Portugal has concluded for the teams and riders in the 2020 MOTUL FIM Superbike World Championship, with rain staying away and sunshine coming out to play. With a Yamaha 1-2-3 at lunch time, it would be Scott Redding (ARUBA.IT Racing – Ducati) who dislodged the Japanese manufacturer, with Ducati heading Yamaha pairing Loris Baz (Ten Kate Racing Yamaha) and Toprak Razgatlioglu (PATA YAMAHA WORLDSBK OFFICIAL TEAM).

At the top of the pile was the ARUBA.IT Racing – Ducati team, with Scott Redding setting quick lap times on both of his bikes. Redding had only been to Portimao once before and this time, he comes in search of rear grip. With long corners coupled with tight hairpins, the track provides the perfect opportunity for this testing. Putting in strong laps towards the end, Redding was on the pace. Chaz Davies (ARUBA.IT Racing – Ducati) confessed that he didn’t really learn much at Jerez and started from square one on Sunday in Portugal, improving incrementally throughout the day. Come the end, it was Redding on top of the pile whilst Davies climbed to seventh.

Coming into the closing stages of day one and it was Loris Baz who was shining brightly in second, having been top lunch too. The two-time WorldSBK race winner was eager to demonstrate his prowess on the Yamaha, as he and his Dutch Ten Kate Racing Yamaha squad prepare for their first full season together. Testing different parts on both the 2019 and 2020 Yamahas, Baz made plenty of strides. Other Independent riders accompanying Baz inside the top ten were Sandro Cortese (Barni Racing Team) in eighth and Garrett Gerloff (GRT Yamaha WorldSBK Junior Team) in tenth. Michael Ruben Rinaldi (Team Goeleven) was one place behind, whilst Leandro Mercado (Motocorsa Racing) was one more behind that, having crashed at Turn 14 late on and bringing out the second red flag of the day.

The PATA YAMAHA WORLDSBK OFFICIAL TEAM were back out on track with the aim of finding a good balance with their bikes. Michael van der Mark was one of many riders who were at the top of the timesheets throughout the day, whilst confirming that winter testing starts here. With Australia in mind and the high degree of tyre degradation, the Dutchman’s aims are to get the bike smoother on tyres, and he was fourth at the chequered flag. Teammate Toprak Razgatlioglu was one place ahead of van der Mark and also worked on chassis balance, whilst valuing every lap he got aboard the Yamaha YZF R1. The Turkish rider came into Portimao having been second in Spain and was third after day one in Portugal.

Flying the BMW flag on day one at Portimao was Eugene Laverty (BMW Motorrad WorldSBK Team), with the Irishman going well at the circuit he took his most recent pole position at. Laverty had plenty to test and was looking at how well the engine was working, given the length of the straight at Portimao. However, the 2013 WorldSBK runner-up suffered an engine failure at Turn 3 at 13:30 local time, bringing out the red flag. Teammate Tom Sykes was working on electronics and also his chassis, aiming to improve his race set-up. At the end of the day, Laverty completed the top five whilst Tom Sykes sat pretty in sixth.

Featuring at the top of the timesheets at Jerez and once again a prominent force in Portugal, the HRC Team continued looking for their base set-up for the CBR1000RR-R. Leon Haslam was fifth at lunch time before continuing his day acquiring laps and therefore data, whilst Alvaro Bautista got to grips with the Portimao circuit aboard the all-new Honda. Come the close of business on Sunday, Haslam was placed in eighth and Bautista in 15th, with plenty more to come on day two for the Honda duo.

In 13th place after turning his first wheel of 2020, Xavi Fores (Kawasaki Puccetti Racing) enjoyed his Portimao experience aboard the ZX-10RR. Experimenting with a new swingarm and chassis, Fores will aim to consolidate his findings on day two. He was one place ahead of Federico Caricasulo (GRT Yamaha WorldSBK Junior Team) whilst Sylvain Barrier (Brixx Performance) was in 16th.

Get all the insight ahead of the new World Superbike season with the comprehensive WorldSBK VideoPass!