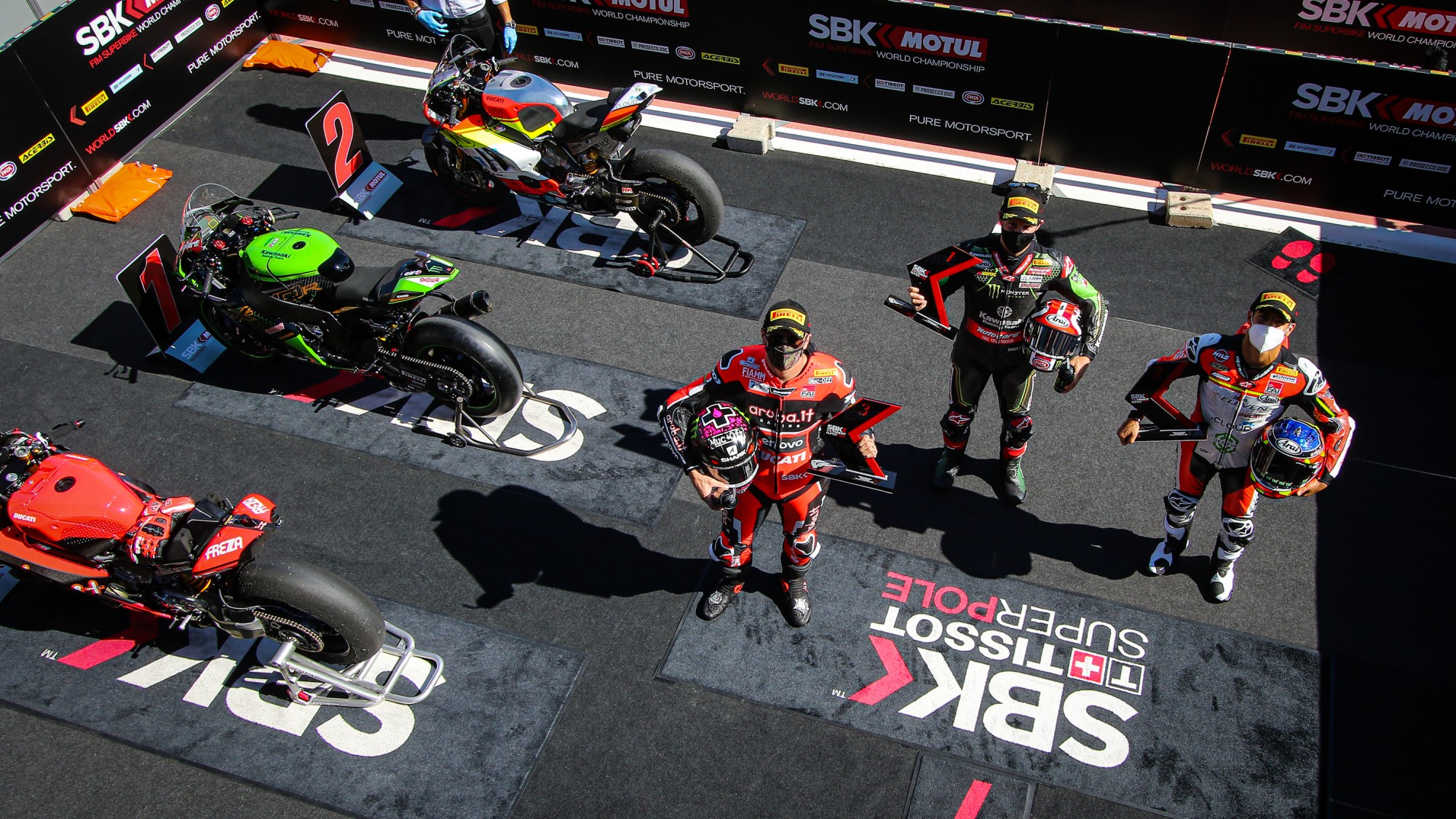 The Tissot Superpole session for MOTUL FIM Superbike World Championship was full of drama as Jonathan Rea (Kawasaki Racing Team WorldSBK) secured pole position for the Teruel Round after beating his own lap record set just a week earlier; the reigning Champion going more than two tenths faster than his nearest rival.

Rea secured his 26th pole position in WorldSBK and put him third on the all-time pole list in history, equalling Troy Bayliss. Rea was one of the first riders to set his time on the qualifying tyre, putting in a 1’48.767s to take pole position. He will line up alongside Michael Ruben Rinaldi (Team GOELEVEN), who secured his best ever WorldSBK Superpole performance with second and became the 150th rider to secure a front row start in WorldSBK. Scott Redding (ARUBA.IT Racing – Ducati) completes the front row with third place, just 0.005s behind Rinaldi.

Tom Sykes (BMW Motorrad WorldSBK Team) will start fourth as he set a time four tenths away from Rea’s pole setting pace. Alvaro Bautista (Team HRC) and teammate Leon Haslam secured a second row start for both Honda machines; the first time since Honda had two bikes in the top six since Nurburgring 2013 where Rea qualified fourth and Haslam fifth.