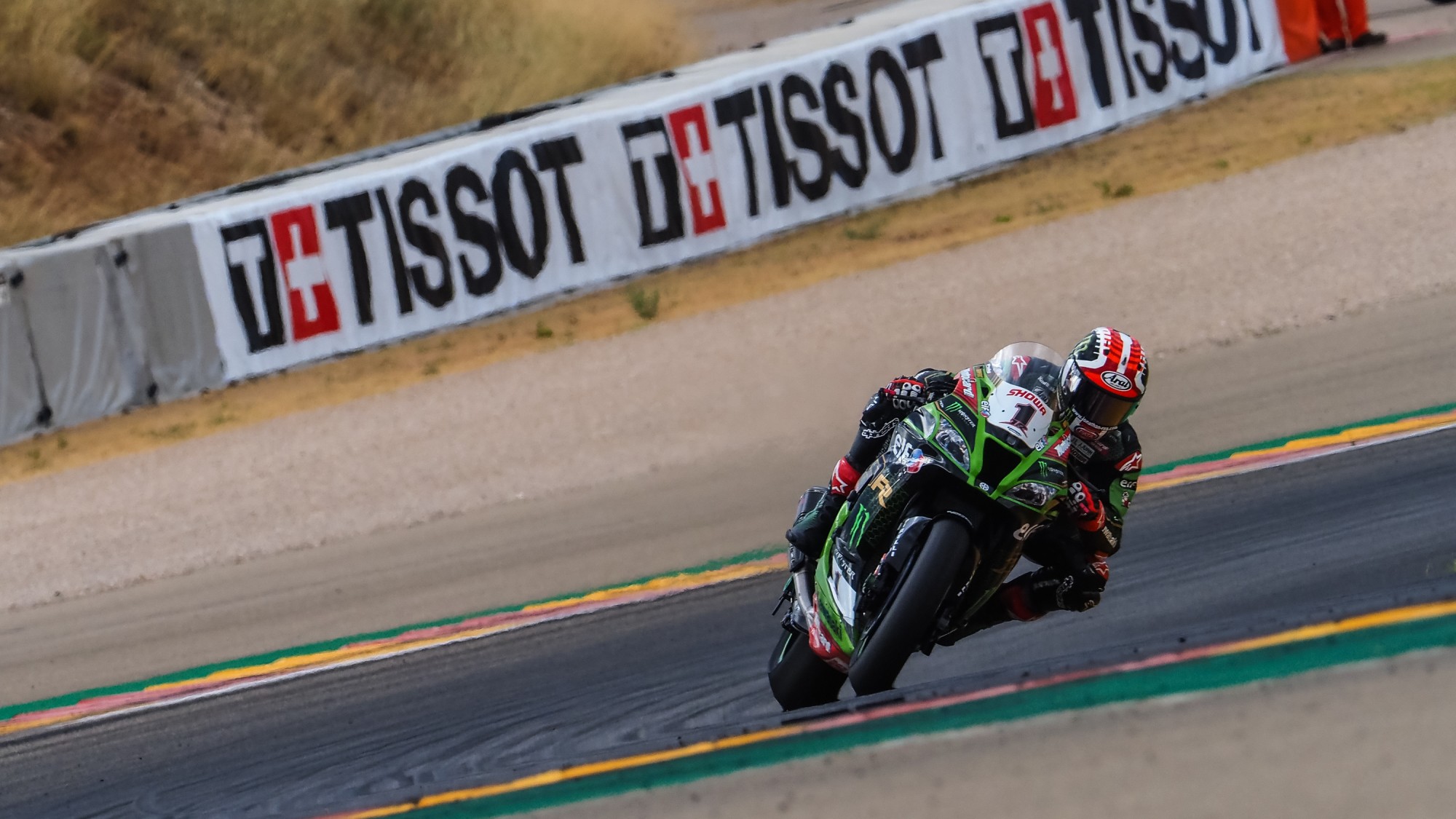 The World Superbike class was once again out on track, making for a tantalising Tissot Superpole ahead…

The 2020 MOTUL FIM Superbike World Championship hit the MotorLand Aragon layout on Saturday morning for a 20-minute FP3 session ahead of Tissot Superpole. Leading the way after the early morning session, Jonathan Rea (Kawasaki Racing Team WorldSBK) set the fastest lap of the weekend so far and that puts him in good contention for a first pole position at MotorLand Aragon.

Rea was constantly at the sharp end and set the best lap time in the closing stages, pipping Loris Baz (Ten Kate Racing Yamaha), who was once again top Yamaha. The Frenchman will be hoping to convert his pace into a first front row start after Superpole since Donington Park in 2018. Michael van der Mark (PATA YAMAHA WorldSBK Official Team) was third and looks strong ahead of racing, whilst Alvaro Bautista (Team HRC) was once again in contention. Completing the top five was Alex Lowes (Kawasaki Racing Team WorldSBK), with three manufacturers inside the top five.

The frantic action from FP3 is the perfect set-up for the 25 minutes of Tissot Superpole at MotorLand Aragon. There’s been five different pole-sitters in the last five years – none of which have been taken by Championship leader Jonathan Rea. Last year, it was Alvaro Bautista’s Ducati that took pole and he’s been quick for Honda this weekend too. It’s completely open, so make sure you don’t miss out!

Follow all the action across the Prosecco DOC Aragon Round with the WorldSBK VideoPass!