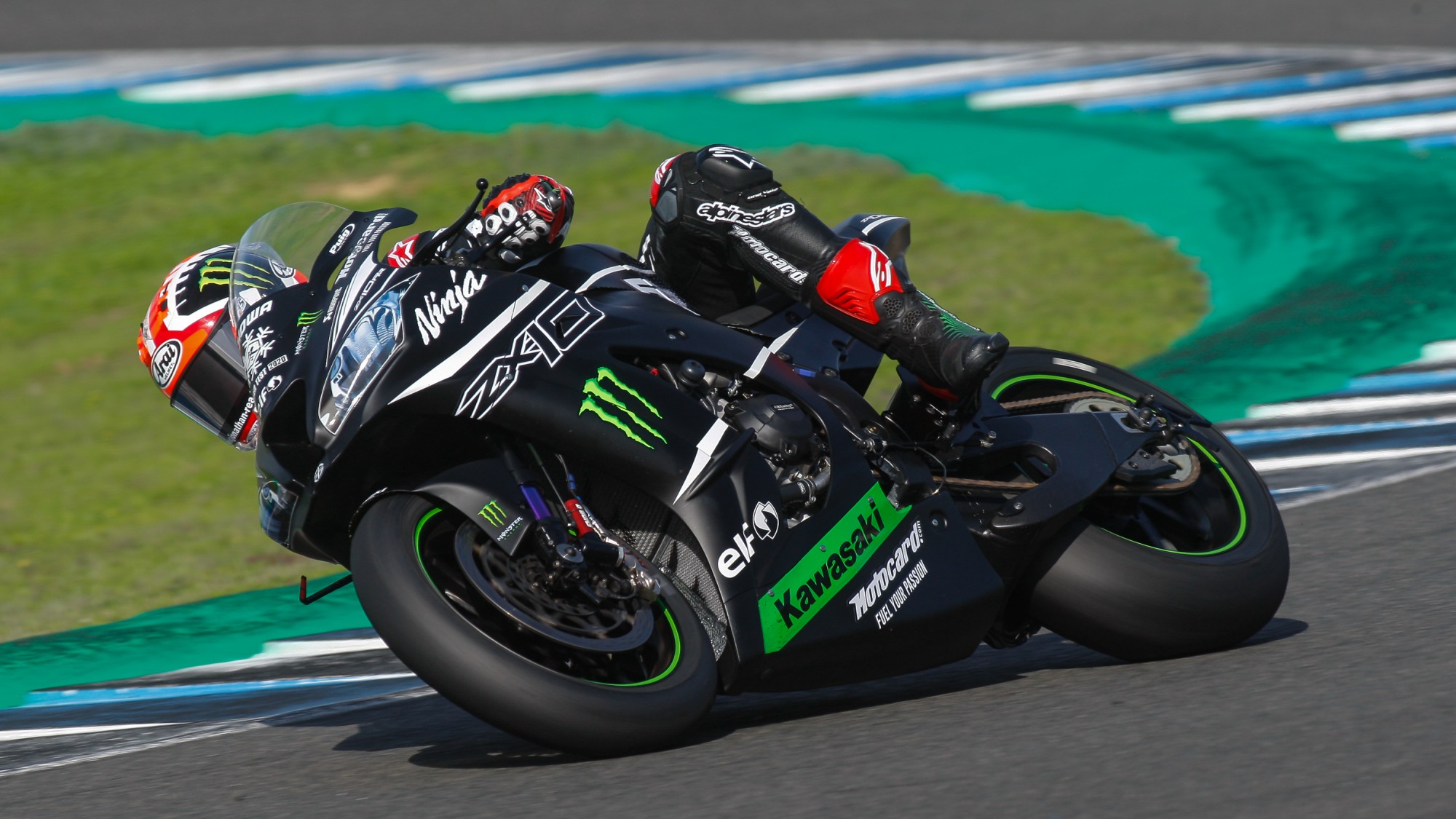 The reigning Champion had plenty of company at the top of the timesheets, whilst new parts and new bikes were rolled out ahead of the new season

The 2020 MOTUL FIM Superbike World Championship fired back into life for the second test of the pre-season at the Circuito de Jerez – Angel Nieto. The track, which made its return to the WorldSBK calendar in 2019, sees more teams come out to play and search for their perfect settings, in order to give them the best chance of success next season. Despite a red flag, finishing on top of the pile at mid-day, Jonathan Rea (Kawasaki Racing Team WorldSBK) saw off a challenge from Yamaha duo Toprak Razgatlioglu (Pata Yamaha WorldSBK Official Team) and Loris Baz (Ten Kate Racing – Yamaha).

Continuing to work on refining the small aspects of their package in order to make big overall improvements, the Kawasaki Racing Team WorldSBK were back on track with Jonathan Rea and new rider, Alex Lowes. Rea set a handful of laps in the first hour but soon improved, with crew chief Pere Riba keen to experiment with different set-ups for various scenarios. Alex Lowes set many laps aboard his ZX-10RR and was firmly placed inside the top six come lunch time, in a solid fifth place, working on small details with chassis set-up and suspensions.

Having topped the Aragon test, Scott Redding (ARUBA.IT Racing – Ducati) was right back in the mix and led the Ducati charge to Rea at the top at first. The British rider was less than half-a-second from Rea’s time initially before a red flag interrupted the session, leaving Redding fourth at mid-day. Teammate Chaz Davies was just less than 0.2s behind Redding in sixth, as both Ducati riders seek to remain on top and take the upper-hand going into 2020. Replacing Leon Camier, Michele Pirro (BARNI Racing Team) was eleventh, developing the V4 R with the Italian team.

There was plenty to shout about for Toprak Razgatlioglu as the Turkish rider was second before lunch and was top Yamaha for much of the session. Still on the 2019 bike but trying new things to introduce into next year, Razgatlioglu is aiming to get the bike set-up more towards his liking. Teammate Michael van der Mark (Pata Yamaha WorldSBK Official Team), also had a strong morning, whilst both are testing new developments from Ohlins, aimed at improving stability. Nicolo Canepa is also in attendance and is putting the 2020 R1 through its paces.

Leaping up to third towards the middle of the day was Loris Baz as the Frenchman tests all things from chassis set-up to electronics, aiming to solve the R1’s tendency to wheelie. Over 30 laps complete, Baz is also working on the top speed of the bike, which he says is the “worst part of the bike.” Lorenzo Savadori (Team Pedercini Racing) was enjoying his return to WorldSBK action and was ninth, as he begins to understand how everything works. Completing the top ten was Garrett Gerloff (GRT Yamaha WorldSBK Junior Team). Tom Sykes (BMW Motorrad WorldSBK Team) was the top BMW in 12th.

In WorldSSP, Philipp Öettl (Kawasaki Puccetti Racing) was on top of the pile, having come off the back of a test at Valencia. Fellow former Moto2™ star Andrea Locatelli (BARDAHL Evan Bros. WorldSSP Team) was the next best as he swung his leg over World Supersport machinery for the first time. Completing the top three in WorldSSP was Isaac Viñales (Kallio Racing), whilst reigning Champion Randy Krummenacher (MV AGUSTA Reparto Corse) was fifth.

Watch the highlights from day one and get ahead of the game for 2020 with the WorldSBK VideoPass!